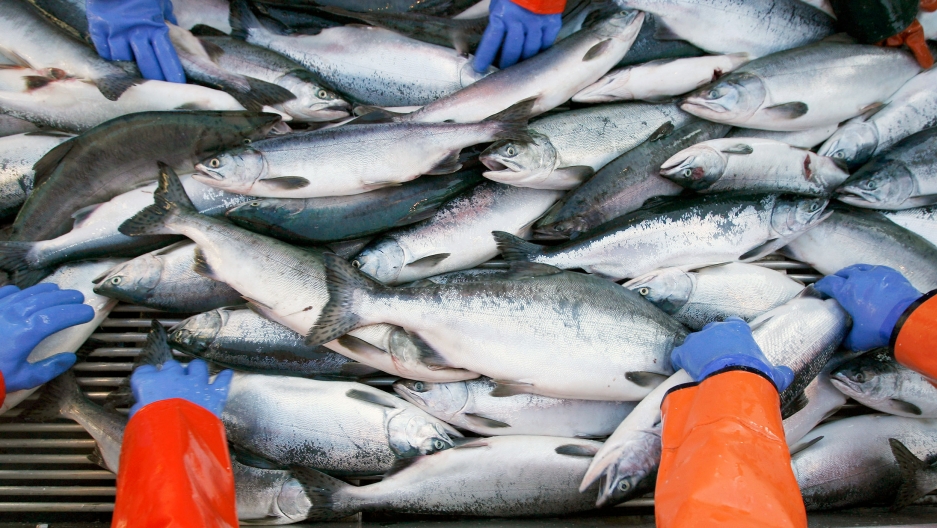 Crew members sort salmon by species while delivering the day's fish from the commercial salmon seining vessel F/V Renaissance to a tendering boat in the waters off the island of Kodiak, Alaska, in this 2008 file photo. China has levied a 25 percent tariff on Pacific Northwest seafood, which could hurt Alaska's exports to China.

Beijing, in response to the Trump administration's move to implement extra levies on Chinese goods, last month imposed a 25 percent tariff on Pacific Northwest seafood, including Alaskan fish, in a tit-for-tat that has engulfed the world's two largest countries in a trade war.

“This isn’t an easily replaced market,” she said. If the tariff war continues, she said, “What’s going to happen is China is just going to stop buying Alaska fish.”

For Alaska’s seafood industry, the timing could not be worse. The state has worked for years to attract the Chinese market, and just two months ago, Gov. Bill Walker led a week-long trade mission to China in which the seafood industry was heavily represented.

Walker’s trade mission was a follow-up to an Alaska visit a year earlier by Chinese President Xi Jinping and his cabinet.

Fishermen are worried, said Alan Noreide, a fisherman in the Alaska port town of Seward, where he delivers some of his catch to the local Icicle Seafoods plant, an Alaska-based seafood processing company whose representatives accompanied Walker to China.

“We’d rather be left to our own challenges that we have. We don’t need any more,” said Noreide, who focuses on Gulf of Alaska black cod and halibut. 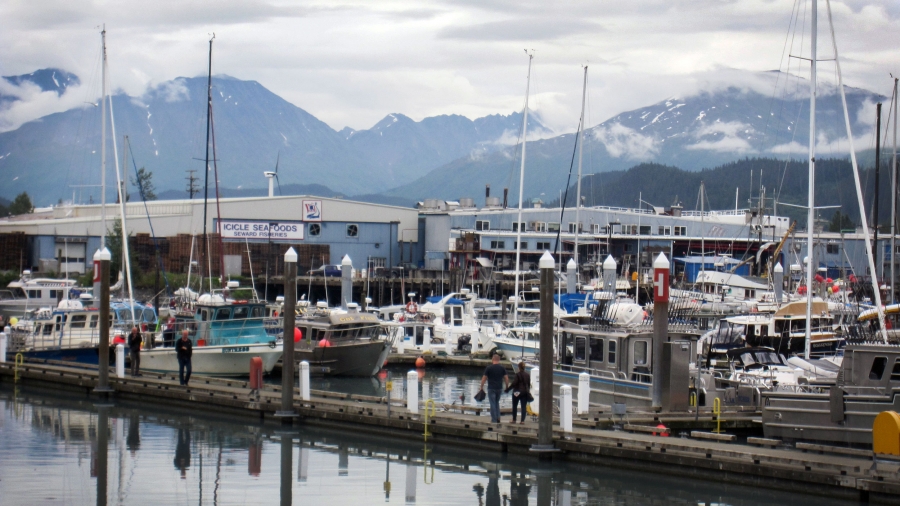 Chinese buyers are interested in "clean, natural, organic" products, said Zoi Maroudas, founder of an Anchorage-based baby food company that sells products like pureed salmon bisque. Maroudas was part of the Alaska trade mission, and said the pitch about Alaskan food “resonated with the people.”

But higher prices due to tariffs could nudge Chinese consumers to products from competing countries such as Russia and Norway, closing Alaska's emerging opportunity, said Jeremy Woodrow of the Alaska Seafood Marketing Institute, a state agency.

Farmers in the US Midwest are expected to receive a $12 billion agricultural-aid package as a result of tariffs that are hitting soybean and other farmers. Walker and US Senator Lisa Murkowski have argued that Alaska's seafood industry also deserves aid.

The precise effects in Alaska have yet to be quantified and are likely to be uneven. A bit over half of the fish sent to China is processed there and re-exported, Woodrow said. While the Chinese government has exempted those products from tariffs, the Trump administration has proposed levies of up to 25 percent on the Alaska products shipped back from China to the United States.

Exports of fish that go straight into the Chinese consumer market, such as king crab, are most vulnerable, said Garrett Evridge, an Alaska seafood analyst.