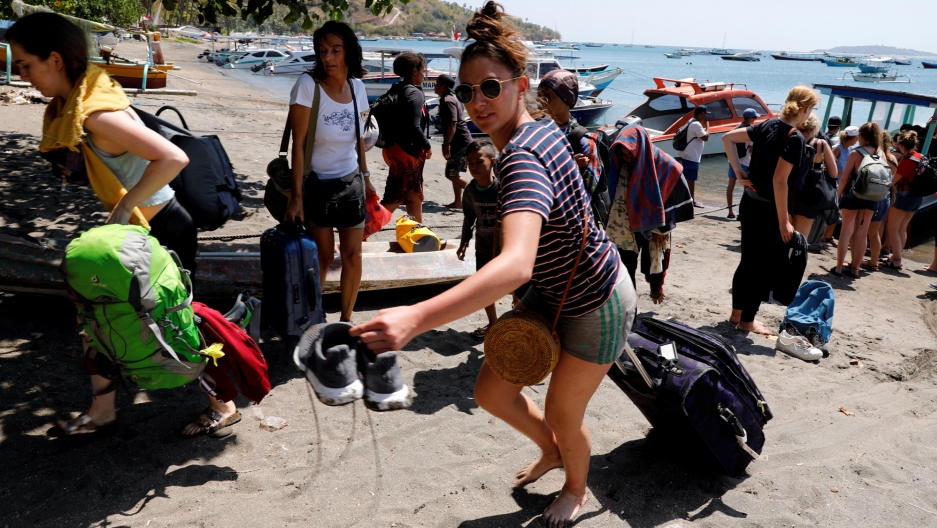 Foreign tourists carry their belongings on the beach after an earthquake hit Lombok island in Indonesia August 6, 2018.

More than 10,000 people have been evacuated from Indonesia's resort island of Lombok after an earthquake of magnitude 6.9 — the second powerful quake in a week — killed at least 98 people.

The National Disaster Mitigation Agency (BNPB) said it expected the death toll to rise once the rubble of more than 13,000 flattened and damaged houses was cleared away.

Power and communications were severed in some areas, with landslides and a collapsed bridge blocking access to areas around the quake epicenter in the north. The military said it would send a ship with medical aid, supplies and logistics support.

In a message on social network Twitter, the Indonesian Red Cross said it helped a woman give birth after the quake at a health post. One of the names she gave the baby boy was Gempa, which means earthquake.

Lombok was hit on July 29, by a 6.4 magnitude quake that killed 17 people and briefly stranded several hundred trekkers on the slopes of a volcano.

The Indonesian Agency for Meteorology, Climatology and Geophysics (BMKG) said more than 120 aftershocks were recorded after Sunday evening's quake, whose magnitude the US Geological Survey (USGS) revised down to 6.9 from an initial 7.0. At that magnitude it released more than five times the energy of the quake a week earlier, the USGS website showed.

The dead included no foreigners and there were 236 people injured, BNPB spokesman Sutopo Purwo Nugroho told a news conference. 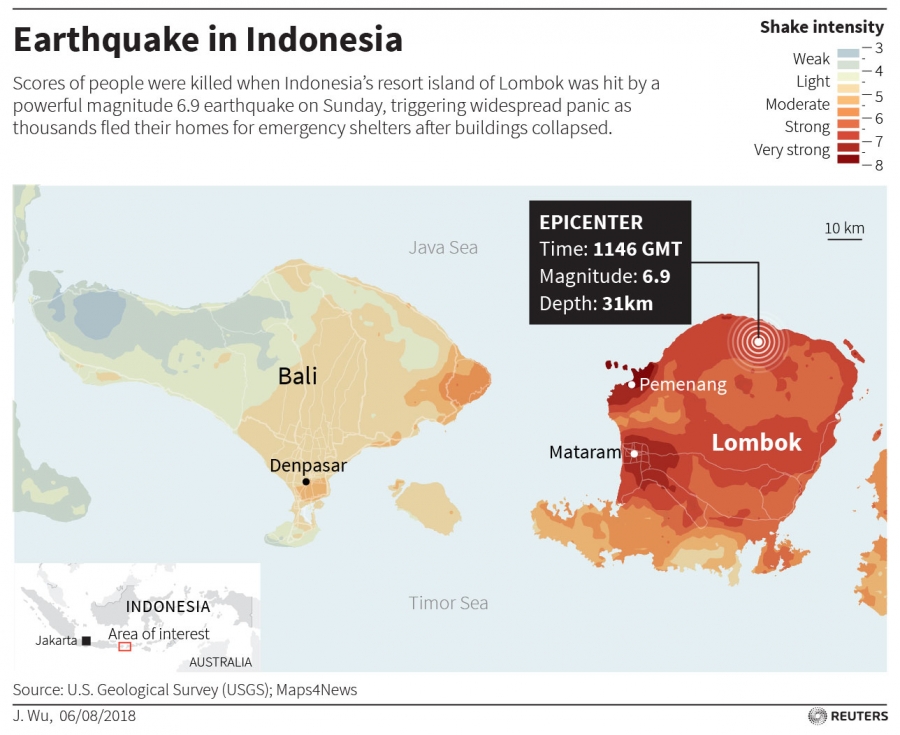 The tremor was powerful enough to be felt on the neighboring island of Bali where, BNPB said, two people died. The first quake was also felt on Bali.

Indonesia sits on the geologically active Pacific Ring of Fire and is regularly hit by earthquakes. In 2004, the Indian Ocean tsunami killed 226,000 people in 13 countries, including more than 120,000 in Indonesia.

Nugroho said more than 20,000 people had been displaced.

Among them were residents of a northern village called Mentigi, who fled to nearby hills. Blue tarpaulins dotted the landscape as people prepared to spend the nights outdoors because of aftershocks or because their homes were destroyed. 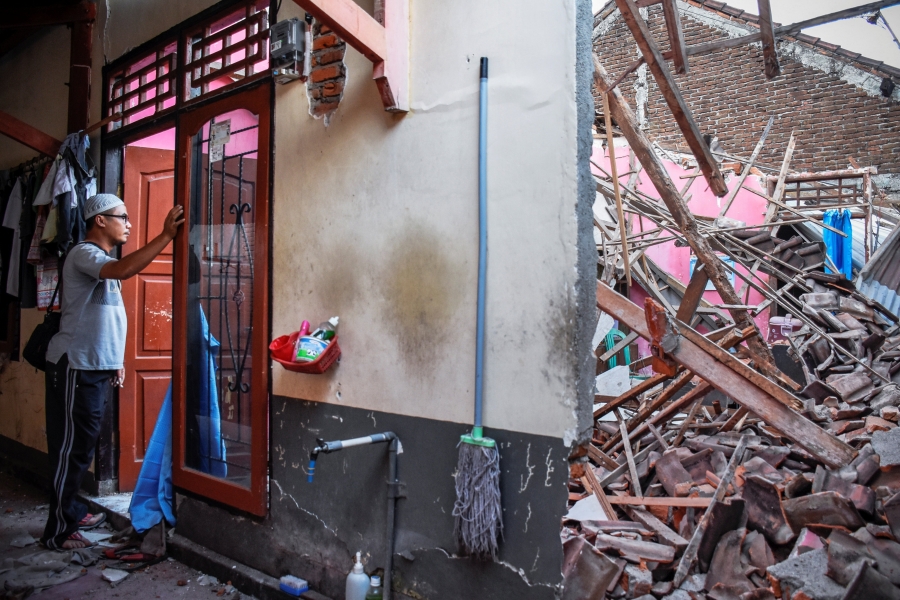 "We are getting some aid from volunteers, but we don't have proper tents yet," said a 50-year-old villager sheltering with his wife and children, who gave his name only as Marhun.

Ambulances with sirens blaring raced along the coast from north Lombok, but BNPB spokesman Nugroho said emergency units in its hospitals were overflowing and some patients were being treated in parking lots.

The main hospital in the town of Tanjung in the north was severely damaged, so staff set up about 30 beds in the shade of trees and in a tent on a field to tend to the injured.

A boy with a heavily bandaged leg wailed in pain, an  elderly man wore a splint improvised from cardboard strips of cardboard on a broken arm, and some hurt by falling debris still had dried blood on their faces.

'This is it for me Indonesia'

Sengiggi, a seaside tourist strip on Lombok, wore an abandoned look. Amid collapsed homes, some hotels seemed to have shut, restaurants were empty and beaches deserted.

"I was at the rooftop of my hotel and the building started swaying very hard ... I could not stand up," said Gino Poggiali, a 43-year-old Frenchman, who was with his wife and two children at the airport.

His wife Maude, 44, said the family was on Bali for the first quake and Lombok for the second.

"This is it for me in Indonesia. Next time we will stay in France, or somewhere close," she said.

Dutch tourist Marc Ganbuwalba injured his knee in a stampede of diners from a restaurant after the quake.

"We are cutting short our holiday because I can't walk and we're just not in the mood anymore," said the 26-year-old, sitting on a trolley at the airport with his leg bandaged.

Officials said more than 2,000 people had been evacuated from the three Gili islands off the northwest coast of Lombok, where fears of a tsunami spread among tourists.

Michelle Thompson, an American holidaying on one of the Gilis, described a "scramble" to get on boats leaving for the main island during which her husband was injured.

"People were just throwing their suitcases on board and I had to struggle to get my husband on, because he was bleeding," she said.