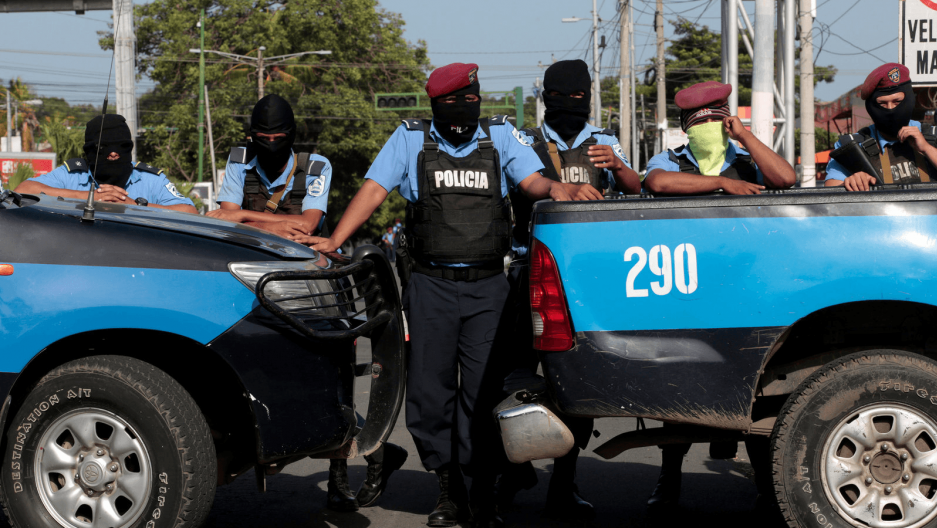 Catholic bishops on Saturday secured the release of dozens of Nicaraguan student protesters trapped overnight inside in a church under a hail of gunfire from armed pro-government supporters, who killed at least one person inside, a human rights group said.

The students took refuge inside the Divine Mercy Catholic Church on Friday after gunmen loyal to President Daniel Ortega began shooting at them at the National Autonomous University of Nicaragua (UNAN) in Managua, prompting fresh criticism of the violent crackdown against opposition to his rule.

Paulo Abrao of the Inter-American Commission on Human Rights said on Twitter that at least one youth had died in the church and three people were injured. The mother of a woman who spent the night in the church told Reuters that one student had died.

Some local media reported that two people had died.

Reuters could not independently verify the deaths.

Nearly three months of clashes between pro-Ortega forces and demonstrators calling for his ouster have claimed almost 300 lives, in the bloodiest protests in Nicaragua since the country's civil war ended in 1990.

The mother who reported a death said the students spent the night crouched on the church floor fearing for their lives as the gunmen fired shots that ricocheted inside the church.

"They have no qualms with shooting and killing anybody. ... This morning a young man died inside the church," said the mother, Socorro. She requested not to give her last name for fear of reprisals.

A delegation of Nicaragua's Catholic bishops negotiated the transfer of the students to Managua's metropolitan cathedral, where they were receiving medical care.

The government could not immediately be reached for comment.

Sending the students home could expose them to more attacks, said Gonzalo Carrión of Nicaragua's Center for Human Rights.

"As well as trying to shoot and kill the students, when they don't kill them, they are beaten up and charged with committing horrific crimes," Carrión said.

Francisco Palmieri, the US principal deputy assistant secretary of state for Western Hemisphere affairs, on Twitter condemned what he called attacks by pro-government forces against the UNAN students. "This violence to intimidate and repress the people must cease immediately," he said.

Republican Senator Marco Rubio tweeted on Friday night that if US staff or their families were harmed, Ortega would "personally face severe repercussions."

Nicaragua has been convulsed by unrest since April, when Ortega, a former Marxist guerrilla leader, proposed reducing pension benefits to ease budgetary pressures.

Though the plan was later dropped, it provoked violent clashes and calls for Ortega to step down.