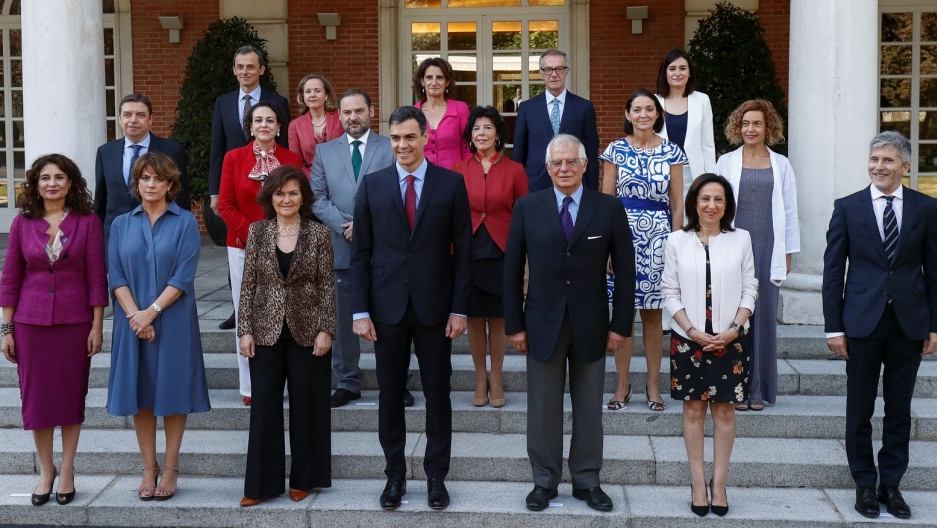 Spain's Prime Minister Pedro Sánchez and cabinet ministers pose for a family photo before their cabinet meeting at the Moncloa Palace in Madrid, Spain, July 6, 2018.
Credit:

Gender-equal governments, which include the same number of men and women as ministry heads and in other cabinet posts, used to be the purview of woman-friendly Nordic countries and highly progressive societies like Canada and Costa Rica.

Mexico’s president-elect Andrés Manuel López Obrador, who takes office in December, has announced that women will hold eight posts in his 16-member cabinet, including the powerful secretary of the interior position.

And Spain’s new prime minister, Pedro Sánchez, recently became the first world leader to appoint women to almost two-thirds of cabinet positions. No country in the world has a higher proportion of female-led ministries. Thirty years ago, Spain had no female cabinet members.

Women hold just 20 percent of cabinet positions in the United States and 28 percent in the United Kingdom. Worldwide, the average is 18.3 percent.

As political scientists who study women’s inclusion in cabinets, we believe the quick, steady rise of women to power in Spain embodies a trend we have observed worldwide: Once more women get into the highest levels of government, their numbers tend only to rise.

We call this the “concrete floor” for women’s political representation. For a democratic government to have legitimacy these days — that is, for the general public to have faith in its decisions — it must include women.

Women’s representation doesn’t necessarily go up with each new administration.

But in studying the composition of governing cabinets in Spain, France, Australia, the United States, Canada, Chile and the United Kingdom from 1929 to 2016, we found that women’s presence did rise cumulatively — over time and across party lines — in these countries.

After a 40-year dictatorship led by General Francisco Franco, democracy returned to Spain in 1977. But it would take more than a decade for women to be included in government. Socialist Prime Minister Felipe González appointed the country’s first female ministers in 1989.

The next administration, led by conservative Prime Minister José María Aznar, raised the total with four female ministers in his 14-member cabinet.

Now 11 of Spain’s 17 ministers are women, including — for the first time in Spain’s history — the position of finance minister.

On the campaign trail in 2016, President Emmanuel Macron promised to have equal representation. Today, his cabinet contains 11 women and 11 men.

Our research shows that when leaders use their powers of appointment to increase the number of women in cabinet, they are never punished electorally and are often applauded globally for doing so.

Just a few years ago Canadian Prime Minister Justin Trudeau was celebrated around the world for assembling a gender-equal cabinet. His reasoning? “Because it’s 2015,” he told reporters. 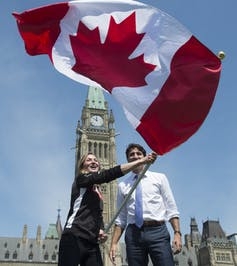 Why have a gender-parity government? "Because it’s 2015."

Leaders who appoint significantly fewer women than their predecessors, on the other hand, risk heavy criticism from the media and political opponents. That can weaken their support among voters.

When Australian Prime Minister Tony Abbott appointed just one woman to his cabinet in 2013, he had to justify his “embarassing” decision to voters, the opposition party and the press. His predecessor’s government had included three female cabinet members.

Each gender-equal cabinet appears to create expectations of similar or greater women’s inclusion in the next.

We did find several instances where leaders appointed fewer women than their predecessors. However, the decline is generally minimal.

Chile’s first female president, Socialist Michelle Bachelet, had a gender-equal government in 2006. Four years later, her conservative successor, Sebastián Piñera, appointed seven women to his 23-member cabinet. While his government was not gender-equal, women were significantly better represented than they had been before Bachelet’s administration.

We call this phenomenon the “concrete floor.” It is the minimal threshold of women’s inclusion for people to see a leader’s cabinet as democratically legitimate.

And unlike the “glass ceiling,” that subtle, invisible barrier that has kept women out of powerful positions, the concrete floor ensuring their inclusion in government is visible to — and recognized by — all the leaders we studied.

Gender diversity is the only guarantee

A similar standard applies to certain other kinds of political representation in the some, but not all, of the countries we studied.

In Canada, Germany and Spain, for example, cabinets must be geographically representative. Like those countries, the United States also has a federal system of government, but American presidents are not expected to ensure that cabinet posts go to people from different states or regions. 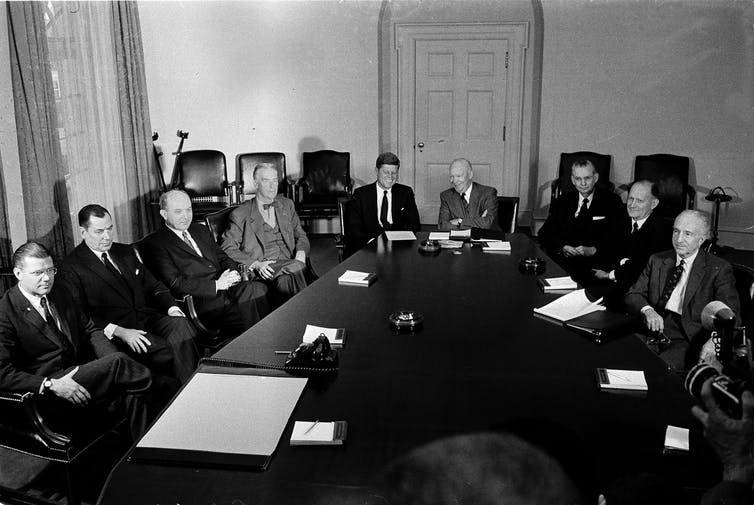 Gender was the only required representational criterion that appeared across all seven countries we studied, where all-male cabinets have been universally extinct for a quarter-century.

Women make up half the world’s population. Now, increasingly and evidently irreversibly, democratic governments are starting to show it.