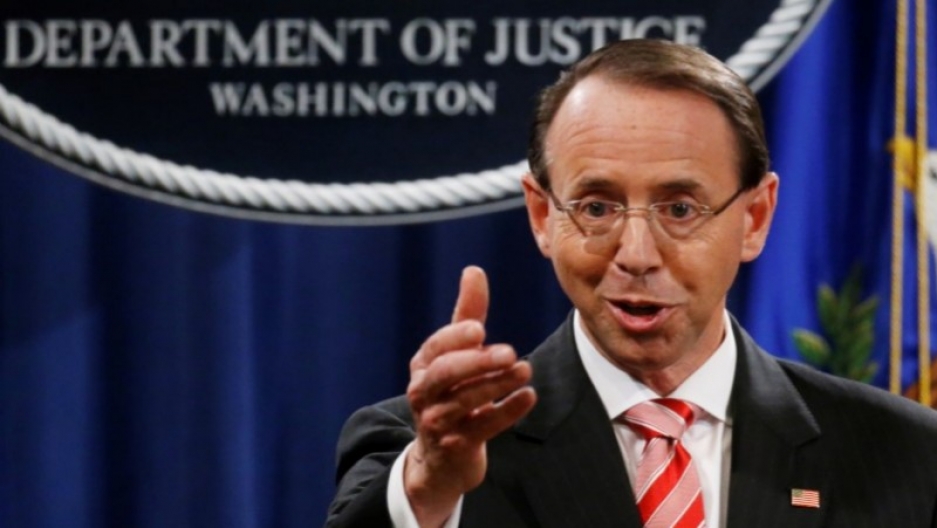 The indictment, secured by Special Counsel Robert Mueller in his investigation of Russian involvement in the 2016 election, was issued three days before US President Donald Trump meets Russian President Vladimir Putin for a summit in Helsinki.

It was the most detailed US accusation yet that Russia meddled in the election with the eventual aim of trying to boost Republican Trump's campaign. Russia denies interfering.

Officers of Russia's military intelligence agency, the GRU, "in their official capacities engaged in a sustained effort to hack into the computer networks of the Democratic Congressional Campaign Committee, the Democratic National Committee and the presidential campaign of Hillary Clinton," a Justice Department news release said.

It said the officers then "released that information on the internet under the names DCLeaks and Guccifer 2.0."

Mueller is investigating whether Trump's campaign colluded with Russia and whether the president has unlawfully sought to obstruct the Russia investigation.

In February, Mueller charged 13 Russians and three Russian companies in an elaborate conspiracy to interfere in the election. That indictment said the Russians adopted false online personas to push divisive messages, traveled to the United States to collect intelligence and staged political rallies while posing as Americans.

But Friday's indictment was the first by Mueller that directly charges Russia's government with meddling.

US intelligence agencies have concluded that Russia, in an effort ordered by Putin, used propaganda and hacking to meddle in the election in an effort to harm Clinton and eventually help Trump.

A few hours before the indictments were announced, Trump described the Mueller investigation as a "rigged witch hunt" that is hurting the US relationship with Russia. Trump is currently on a visit to Britain.

Trump lawyer Rudolph Giuliani said in a Tweet after the indictments were unveiled: "The indictments Rod Rosenstein announced are good news for all Americans. The Russians are nailed. No Americans are involved. Time for Mueller to end this pursuit of the President and say President Trump is completely innocent."

But Representative Jerrold Nadler, top Democrat on the House of Representatives Judiciary Committee said in a Tweet: "Latest indictments from @TheJusticeDept assert Russian agents were behind the hacks and leaking of DNC emails, in order to influence the 2016 election. This is no witch hunt."

While the role of the online personas DCLeaks and Guccifer 2.0 in distributing hacked Democratic Party materials have been widely reported, the indictment offers new details of their activities and those of the Russian intelligence officers allegedly behind them.

According to the indictment, the Russian operatives also provided direct assistance to a candidate for the US Congress, who in August 2016 requested and received from "Guccifer 2.0" documents stolen from the DCCC about their opponent. The candidate and their party affiliation were not identified.

In August 2016, the indictment says, "the Conspirators, posing as Guccifer 2.0, sent a reporter stolen documents pertaining to the Black Lives Matter movement, The reporter responded by discussing when to release the documents and offering to write an article about their release." The reporter was not identified.