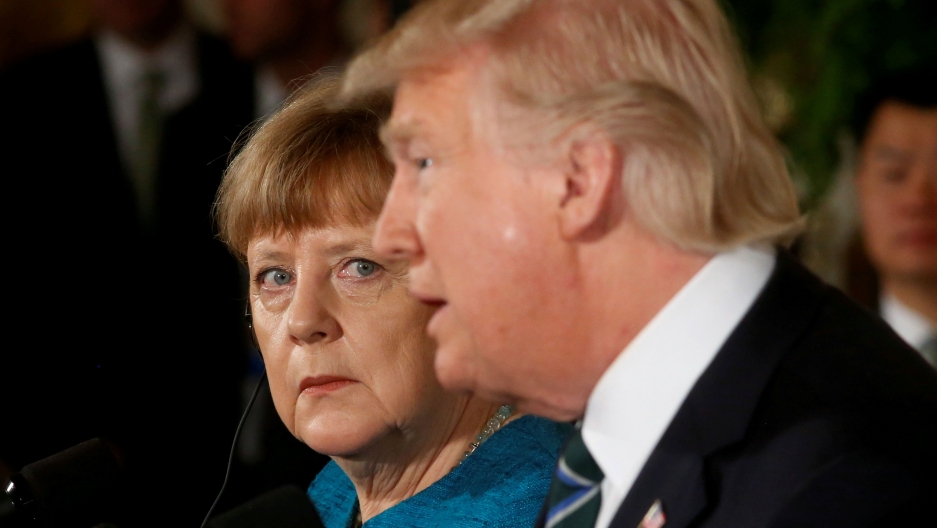 The North Atlantic Treaty Organization summit in Brussels on July 11 and 12 left Germans stunned by President Donald Trump's relentless attacks on the nation's contributions to the defense alliance and its economic ties to Russia.

Germans were particularly shocked by accusations that they are in bed with Russia.

"Germany, as far as I’m concerned, is captive to Russia because it’s getting so much of its energy from Russia," Trump told NATO Secretary General Jens Stoltenberg, former leader of Norway, on the first day of the summit. “We have to talk about the billions and billions of dollars that’s being paid to the country we’re supposed to be protecting you against.”

Now, as Trump travels to Finland for a summit with Russian President Vladimir Putin on Monday, Germans worry that the nation's decades-long balancing act between East and West might come tumbling down, leaving them — and Europe — reeling from the fallout.

They are bracing for the worst from what was once their once-most stalwart ally.

"The Germans are trying to assess what could be the maximum damage and how should the Europeans react if Trump does something horribly stupid," said Gustav Gressel with the European Council on Foreign Relations in Berlin.

The transatlantic relationship is especially important for Germans, who have American investments to thank for helping rebuild the nation after World War II and helping Berlin during the Cold War. American politicking also contributed to the collapse of the communist regime in East Germany in 1989, and President George H.W. Bush's nod of approval allowed for German reunification a year later.

Many Germans have family across the Atlantic as well, and hundreds of thousands study or work in the US each year. The German language — and food — is peppered with American influence.

Faith in that relationship and the nations' shared democratic values, however, have made Germany reliant on the United States for its domestic security, analysts say.

Under the protection of NATO, Germany has winnowed away at its defense budget, which now stands at just 1.23 percent of GDP, according to government figures. That's far lower than the 2 percent threshold NATO members agreed to meet by 2024, although defense spending is slated to increase in the coming years.

At the height of the German-American relationship, Germany's dependence on the United States hardly tarnished German citizens' views toward America. But relations experienced a major shift with the election of Trump in 2016.

Many Germans see the American president's constant criticism of the United States' $64 billion trade deficit with Germany and his gloating over American patronage to Germany as distasteful and an affront to nation's sovereignty.

"I think, generally speaking, we're losing a very good friend," said Jörg Dobers, 49, who works in pharmaceuticals in Berlin. "We know that Trump will be gone in four years but I'm fearful that he'll leave much broken in his wake. That will be difficult to repair."

Germany, in general, considers alliances with the US as well as with the rest of the EU as key to maintaining stability, peace and healthy trade. Throughout its history, however, the United States isn't the only superpower with which Germany has sought to maintain close relations.

In order to pacify the Russian threat during and after the Cold War, Germany began developing energy networks with Russia, which were accelerated at the beginning of the millennium, said Gressel.

That amount could increase when a second pipeline, Nord Stream 2, opens in the coming years, especially as Germany moves to shut down coal-fired and nuclear energy in line with its energy transition to renewable sources. 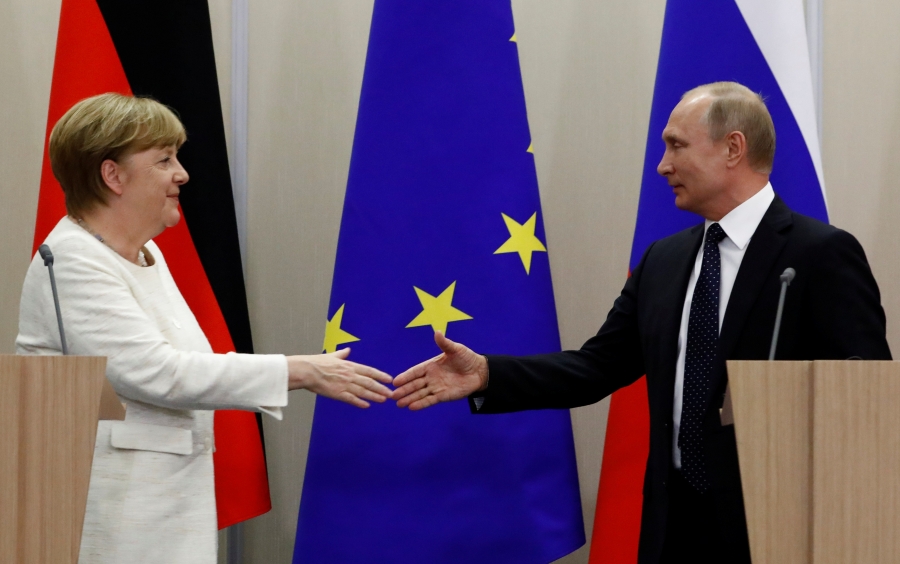 Economic and cultural rapprochement between Russia and Germany, however, reached its apex in 2014. Then, Putin annexed the Crimean Peninsula, showing that the "attempt to flatter Russia, or to provide economic incentives to Russia to make Russia more conformist and to accept Europe as it is, has basically failed," Gressel explained.

At the time, ultra-pragmatic German Chancellor Angela Merkel, a product of Soviet-controlled East Germany who also speaks Russian, was adamant in levying sanctions against Russia for the deed. That was in spite of deep trade ties valued by businesses in Germany, a leading exporting country.

Not all Germans supported her decision.

"Germans are, all in all, for more of a cooperative tone with our former enemy in the Second World War," said Henning Riecke with the German Council on Foreign Relations in Berlin.

After all, Germany's formerly communist eastern states are still shaped by Russian culture, and many Germans feel a special relationship with Moscow.

"We have the advantage of having a chancellor who grew up in East Germany, the mid-point between East and West," said Ruth-Janessa Funk, in her 40s, who teaches fashion marketing in Berlin.

But given increased Russian interference in Western elections, cyberattacks and Putin's desire to fray Europe at the seams, "I think our relationship with Russia is getting so hot that it might boil over," said Funk.

Looking forward to Helsinki on Monday, there are fears that Trump's aggressive tone toward Germany and other traditional allies will only bolster Putin's resolve to create chaos in the political alliances that have come to define the West's geopolitical dominance, said Riecke.

"We're now hoping that Helsinki doesn't produce a complete break of Western consensus," he said. "If Trump makes specific special deals with Russia that he didn’t pre-negotiate inside NATO, that would be a problem."

Now caught between a geopolitical rock and a hard place, many Germans and political analysts say Merkel needs to take advantage of her position at the helm of Europe's ideological and economic engine to return some semblance of normalcy to the East-West relationship.

That could take the shape of hiking up defense spending and bending slightly to Trump's demands, but not to the point that she looks like a "poodle of Trump," said Riecke.

And with Putin, that could mean leveraging Germany's historical cooperation with Russia to salvage the relationship, "while also holding the European Union together and promoting European harmony," said Sabine Reed, a city planner in Berlin in her 50s.

With Trump in particular, said Gressel, the key is appeasement and waiting it out to minimize the damage that his unilateral actions could have on Germany, the European Union and beyond.

"Germans don't want to do a lot of damage on their end," he said. "They basically want to freeze relations and hibernate the transatlantic relationship through the Trumpian winter. And with whomever succeeds him we can start talking serious stuff again."