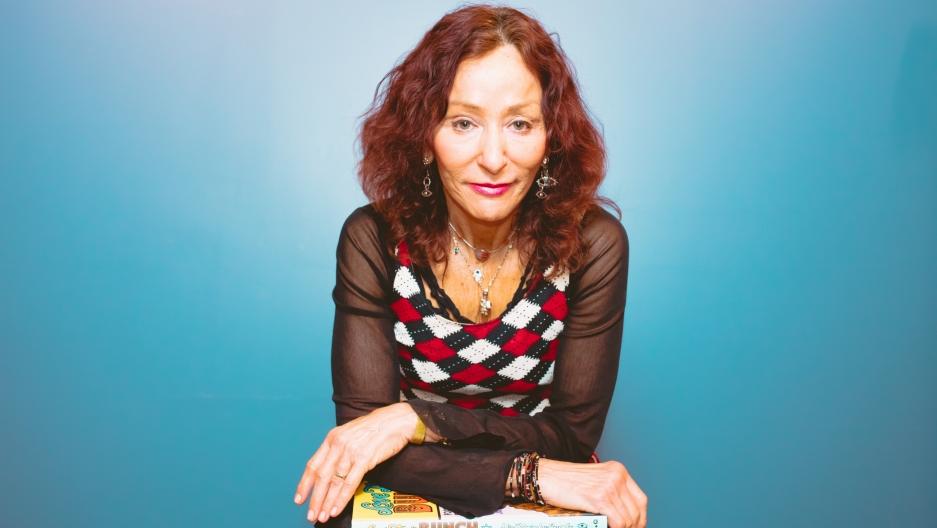 In 1972 Aline Kominsky-Crumb became what is commonly credited as the first woman to publish an autobiographical comic. It was shocking, hilarious, self-deprecating … and ahead of its time.

She emerged as part of the raunchy underground comix scene that included artists like Spain Rodriguez and her husband, Robert Crumb. But even within that outrageous context, many expressed revulsion at her comics for the intimacy of the stories and the unflattering portrayals of herself. 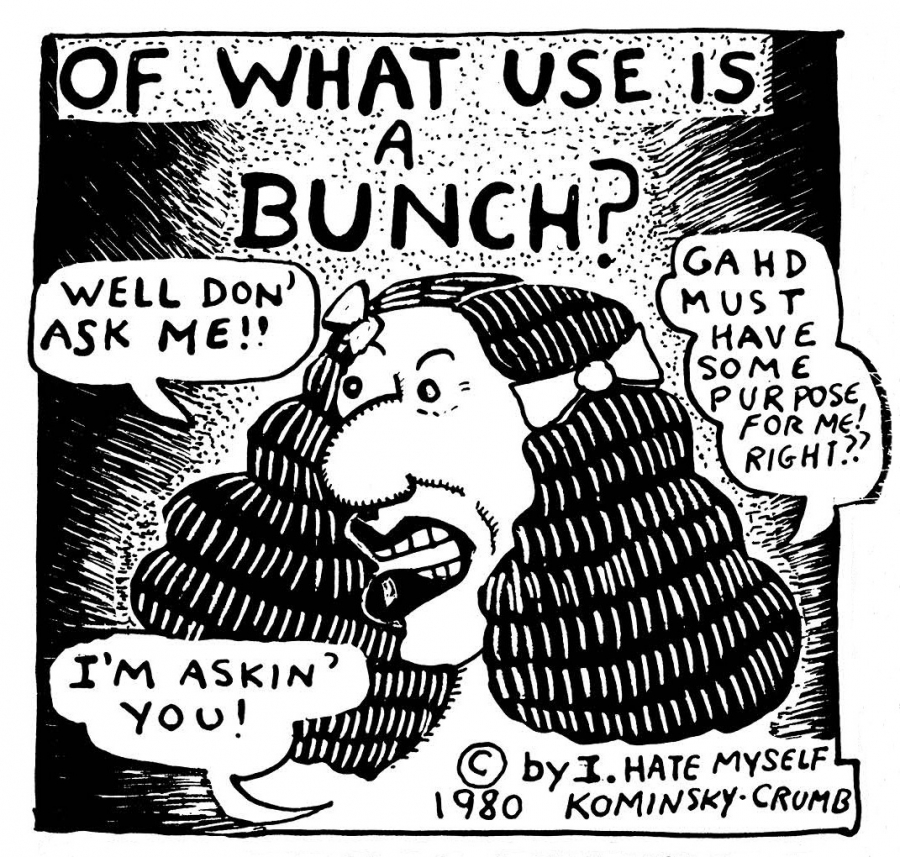 “I considered myself … like a German Expressionist artist, showing the ugliness for all it is,” she says. “Yes, I feel ugly. Yes, society makes me feel this way about myself because I’m not the standard beauty. And that needed to be expressed as well.” 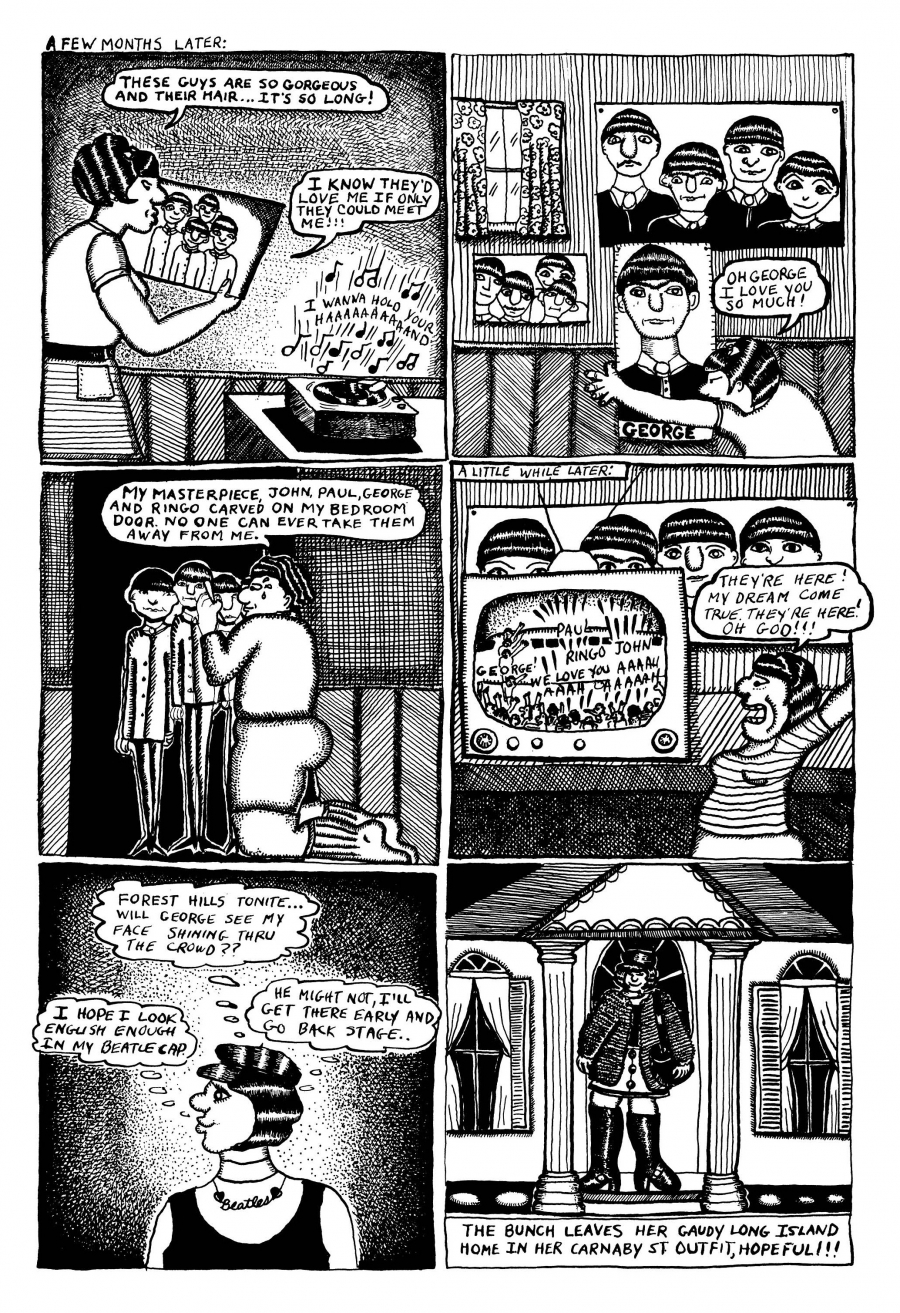 Over time, Kominsky-Crumb’s work has proven to be influential to many acclaimed cartoonists, including Alison Bechdel, Marjane Satrapi and Phoebe Gloeckner. And her comics have belatedly been recognized as groundbreaking. “The irony is that I did work in the ‘60s to be read on the toilet,” she says. “And now if you go to Harvard, you read my work.” 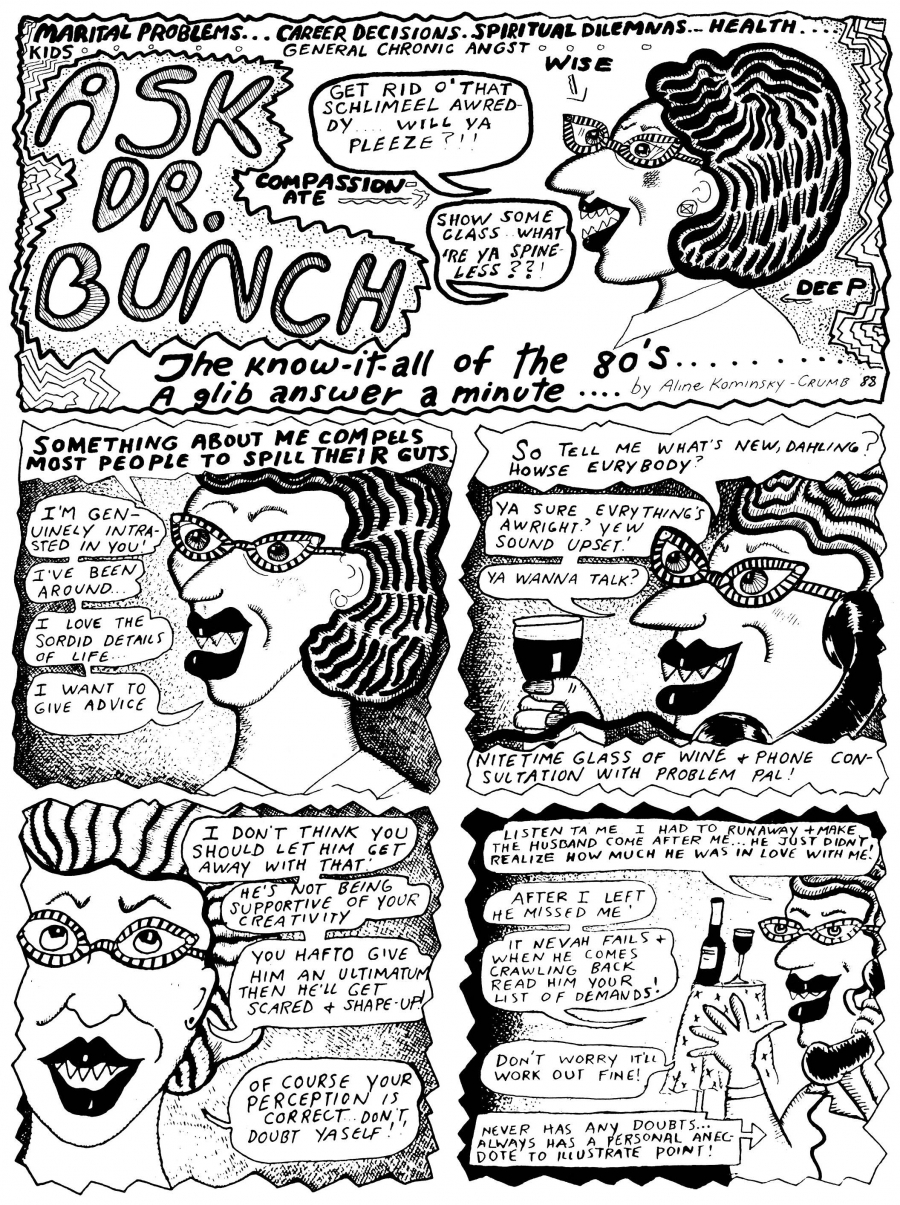 Kominsky-Crumb’s anthology of autobiographical comics, “Love That Bunch,” has just been expanded and reissued.