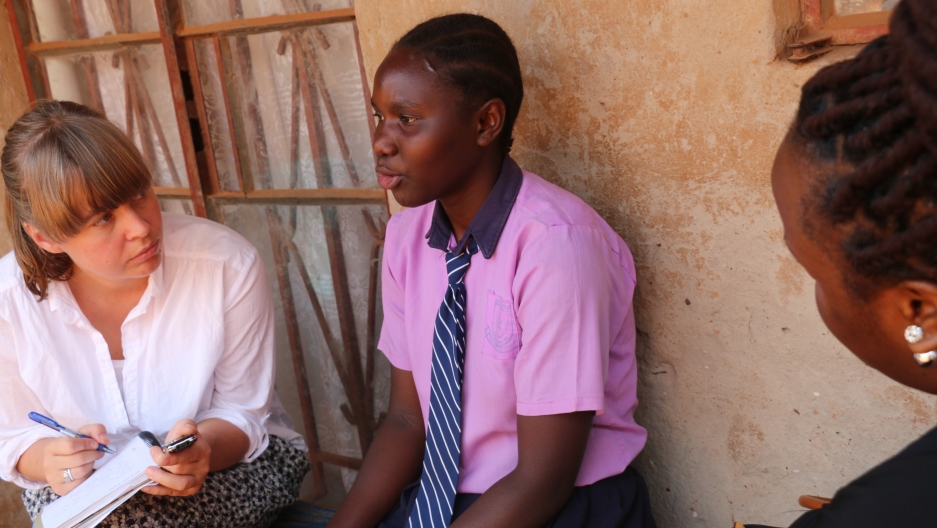 For millions of women worldwide, menstruation is seen as a mark of shame. Many are told not to discuss it in public, to hide their tampons and sanitary pads. The stigma is universal, rendering women and girls vulnerable to health problems and gender discrimination.

In her new book, "It's Only Blood: Shattering the Taboo of Menstruation," Swedish author Anna Dahlqvist traveled to Rwanda, Uganda, Bangladesh and India to find out the menstrual rules across the world.

"I was reading an article about girls in South Africa who weren't able to go to school because they couldn't manage their period while in school and this made me so, so angry," Dahlqvist says.

"Around the world, there are millions and millions of menstruating women who don't have resources needed to manage their period like menstrual products or toilets, access to water, to soap or just to privacy, and if you combine that also with that shame and silence connected to periods all over the world that means ... that it becomes difficult to go to school, difficult to go to work. It affects your health and many other parts of life, like making your own choices and moving around freely," she says.

Dahlqvist spoke with The World's host, Carol Hills, about what she discovered.

Carol Hills: Give me an example of where you went in South Asia and how girls there dealt with their periods?

Anna Dahlqvist: I interviewed some teenagers in Karnataka, in southern India where there is one menstrual rule is that you're not allowed to enter Hindu temples while you're on your period. I met this 13-year-old girl and she was telling me about how she was going on a field trip with a group of friends and she knew she was going to get her period during that field trip and wasn't allowed to come.

So, what she did was that she'd heard that if you buy a papaya and you eat papaya, that might provoke your period. She bought a papaya, she ate it all. But, it didn't work. So she had to stay home.

And this might sound like a small thing, but it's not. It is a big thing. It means that she was left out from something that should have the right to do. These girls also told me that when they had their first periods they were not allowed to go outside their homes. Around two weeks they were not allowed to sleep on their regular beds and they weren't allowed to eat on the same china as they would usually do. In parts of India and Nepal in the countryside, women are forced to sleep in menstrual huts during the periods.

These menstrual huts — usually they lack all sorts of comfort. There's no electricity or heating. And women have actually died in these huts because they tried to heat them up and suffocated to death. And there are cases of sexual violence when the women or girls sleep there.

I think we need to look at this as something that exists everywhere. The idea of shaming and separating and silence and secrecy around periods is universal. It's a global thing. It's not something that is specific for certain cultures. It's also happening in Sweden where I live, or in the United States or somewhere in the UK.

I think that we live with rules that we might not think about that much. We're supposed to keep our menstrual products hidden; we're not supposed to show our tampons and pads, so we keep it in a bag or in a pocket. And we're not supposed to talk about it, especially with men. I think especially when you're a teenager, people make fun of periods, mocking the idea that a period is something that is dirty. This is also reinforced in media ads. When you sell commercial products the message is, "Buy this to stay clean and fresh as opposed to being dirty, not fresh."

What is working is if you take a holistic view. You have to talk about it. It's education. It's breaking the stigma.

It seems menstruation and periods are getting more attention, especially after Meghan Markle, the new Duchess of Sussex — she and Prine Harry are giving money to organizations that are trying to break down the taboos and provide tampons and sanitary napkins and other things. Are we moving forward?

Yes, there is a menstrual awakening one could say. We've seen this global menstrual movement taking place around the world with a lot of activists and NGOs  working on the issue and media becoming interested in it. What we have to do is to keep focusing on it so it doesn't become something that's just, "OK, we're having our menstrual revolution now and we're talking about periods." Then it's over.

We have to keep on talking about it.