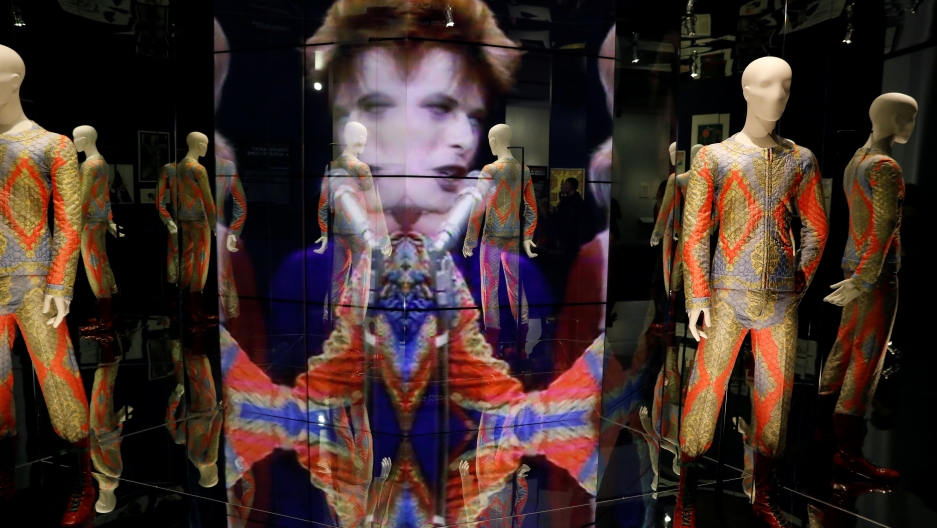 The “David Bowie is” exhibit at the Brooklyn Museum.

After touring the world for the last five years, the "David Bowie is" exhibit is making its final stand at the Brooklyn Museum. The show features over 400 pieces: diary entries, handwritten lyrics, artwork, and lots of unforgettable costumes.

But Bowie's music is on display as well. One of the show's highlights is a mashup of David Bowie songs, created by his longtime producer and collaborator, Tony Visconti.

It’s a 15-minute musical tour of Bowie’s career that showcases the incredible diversity of his music. Initially, Visconti had been asked to make a short audio piece featuring three David Bowie songs.

"Something just came over me, and I realized that I couldn’t decide on three songs,” Visconti explained. “So the three songs evolved into 49 songs."

We stopped by Visconti's studio to learn how the mashup was made.