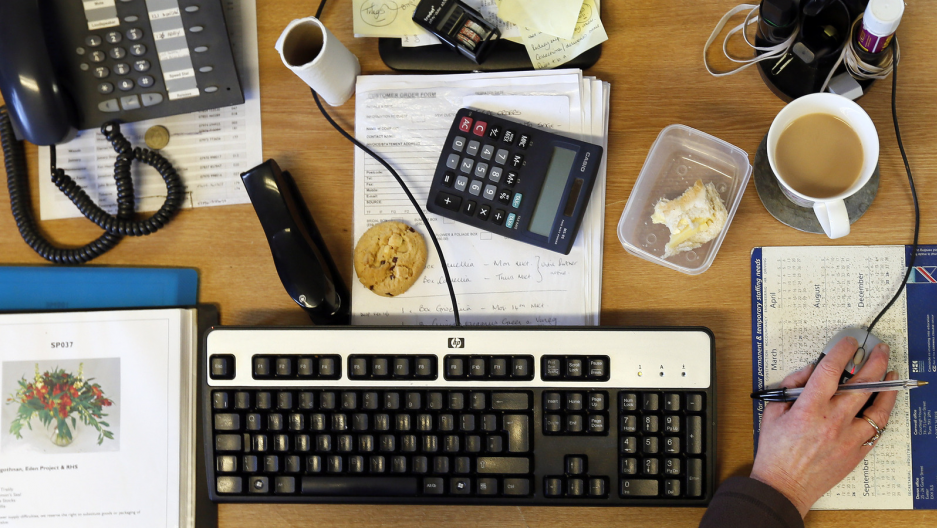 When you think of dangerous work, you probably conjure up images of crab fishermen braving the frigid Atlantic, lumberjacks operating chainsaws or truckers navigating icy roads. You probably don’t think of late nights at the office or working overtime at the cash register. But maybe you should.

“Many of the workplace exposures are as harmful to people as secondhand smoke in terms of their effects on self-reported physical health, mental health, having a physician-diagnosed illness, and mortality,” says Jeffrey Pfeffer, a professor of organizational behavior at Stanford Graduate School of Business and author of “Dying for a Paycheck: How Modern Management Harms Employee Health and Company Performance — and What We Can Do About It.”

Pfeffer argues that jobs that might not seem dangerous can actually lead to major health consequences. Even if you work at a white-collar office job, if your employment is characterized by economic insecurity, a lack of work/family balance, long work hours, a sense of not being treated fairly, or a lack of autonomy, the resulting stress can affect your health.

The link between bad health and a bad workplace is “significant, profound, and has been documented over decades,” Pfeffer says. And he believes that it’s a major health crisis, resulting in, he claims, 120,000 excess deaths a year in the United States.

Pfeffer says some companies are managing their employees well, though. He points to companies like SAS, DaVita, and Patagonia that prioritize their employees’ health and well-being. Patagonia has organized its schedule so that employees get a three-day weekend 26 times a year. The company also makes sure that its employees aren’t emailing each other at 3 a.m., and keeps track of how many women return to Patagonia after giving birth.

But Pfeffer believes that a few good companies isn’t going to cut it.

“I do not think that people’s health should depend on the whim and wisdom of their CEO,” he says. “I think people have a right to have a job that does not kill them.”

Pfeffer hopes that both governments and corporations will wake up to the hidden health crisis of toxic workplaces. Just as the world grew aware of the harmful effects of environmental pollution, he thinks that we could start to view workplace stress similarly. Until then, if you’re in a job that could harm your health, Pfeffer has one word of advice: