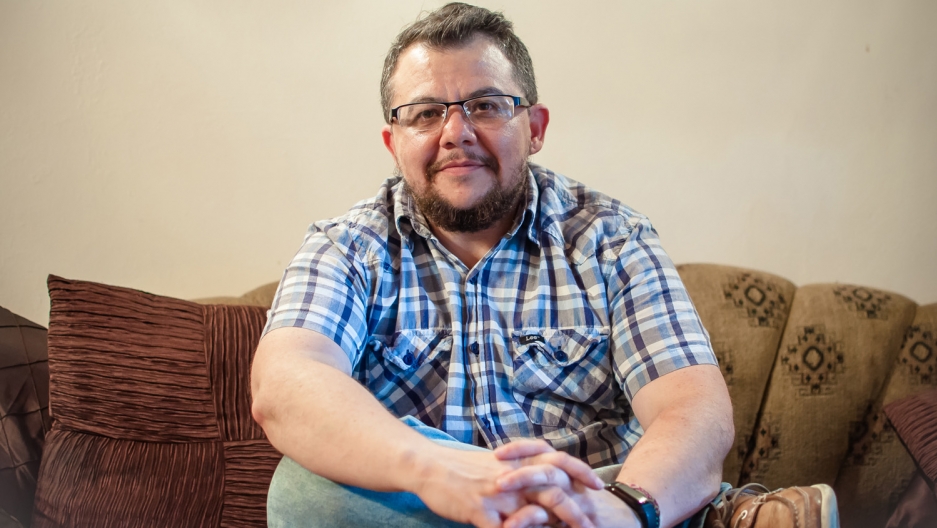 Vincenzo Bruno, 44, is an LGBTQ rights activist in San José, Costa Rica. Here, he sits in his childhood home.

When an anti-LGBTQ candidate won the first round of presidential elections in Costa Rica, Vincenzo Bruno took to Facebook to denounce him.

Bruno, 44, is an LGBTQ rights activist in San José, Costa Rica. While historically Catholic and conservative, in recent years Costa Rica had been expanding rights to the LGBTQ community and was becoming known for its progressive politics. But in January, when the Inter-American Court of Human Rights ruled that Costa Rica should allow same-sex marriage during an election year, presidential candidate Fabricio Alvarado rode a wave of anti-LGBTQ sentiment to the top of the polls. Costa Rica was thrown into a runoff election between an establishment candidate, Carlos Alvarado, who said he would follow the court’s opinion and Fabricio Alvarado (no relation), an evangelical singer who campaigned against same-sex marriage and sexual education.

The political fight was heated and Bruno was ready. The battle for LGBTQ rights has been the battle of his life. Bruno is transgender and he remembers that as a kid, when he was living as a girl, he had five locks on his bedroom door.

“When I came home from school I’d lock myself in my room and take out my makeup pencil. I’d draw on a beard and mustache and make my eyebrows thicker. I’d put on one of my brother’s shirts and I learned every knot that I could learn and I’d sit and watch TV, feeling happy with the way I looked,” Bruno said. “But when my parents called to me, I’d run to the bathroom to wash off my face and put on a blouse.”

As Bruno grew up he began to identify as a lesbian. He fell in love and had a kid with his girlfriend. And when he realized his family didn’t have the same rights as heterosexual ones he became an activist.

“I met a trans woman when I became the vice president of the LGBTQ movement,” said Bruno. “Every time we went out she would ask me, ‘Do you think you might be trans?’” 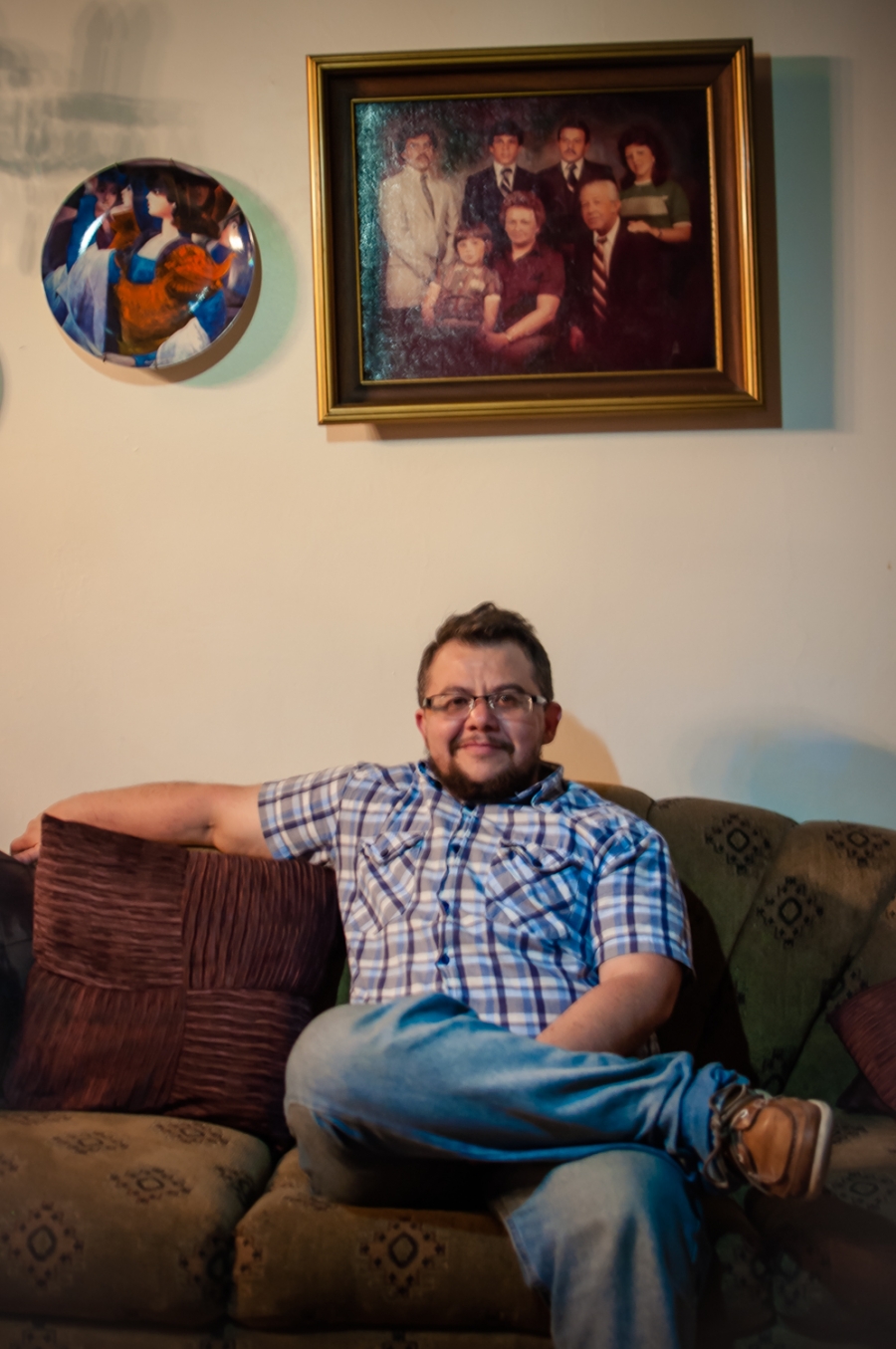 Vincenzo Bruno relaxes in his childhood home where he used to paint on a beard and mustache, happy that he no longer needs a makeup pencil to grow facial hair.

Bruno equated being transgender to a life of misery. He saw all the looks and insults that his friend had to endure and refused to consider that possibility for himself.

Related: Brazil is accused of stripping away LGBTQ rights

One day, he was out shopping with his partner. He had a communion coming up and he had to buy an outfit for the event. Formal wear adheres to strict gendered extremes and he had a choice to make: a suit or a dress.

Related: Thousands pour into Sydney to celebrate the 40th anniversary of the Gay and Lesbian Mardi Gras

His partner brought him to a men’s clothing store.

“We bought brown pants and a polo shirt and my body went into shock. I left the store and sat on a bench and began to cry,” Bruno said.

He said he looked at his partner and said he wanted to be a man and she looked back at him and told him that they would look for a doctor and get hormone treatments for him.

Related: Why it's gotten harder for LGBTQ people in Haiti since the earthquake

He started taking testosterone and he said every day he’d get up and run to the mirror, anxious to see the changes in his body. His son, Luca, was a little less excited about the changes.

“I told my son that, ‘From now on, I want you to call me Papa instead of Mama,’ and he got scared. He was worried that I would change and not be sweet and caring anymore,” Bruno said

That was five years ago — Costa Rica was still a hostile place for transgender people. The first doctor he went to refused to treat him. Bruno kept fighting for his rights.

He went to the courts to change his name on his government-issued identification. The judge told him he had planned to rule against his request but changed his mind when Bruno’s partner gave her testimony about the humiliation they faced every time they went to the grocery store. She explained that clerks would ask for ID when Bruno paid with his credit card and would reject it because it still showed a female name and sex while he had a beard and mustache.

As Bruno’s life evolved, so did Costa Rica’s political climate. In 2017, after years of advocacy, the government started offering publicly funded hormone therapy for transgender people. Then the Inter-American Court of Human rights published its opinion that Costa Rica should allow same sex marriage.

That’s when Fabricio Alvarado took the national stage. He made headlines when he said that, if elected, he’d pull Costa Rica out of the Court rather than follow their ruling on same sex marriage. He also promised to get rid of non-discrimination protections that had been signed into law and stoked fears that recognizing transgender people would lead to men pretending to be women in order to assault other women.

With the runoff election looming, Bruno threw himself into his activism and getting out the vote. He was also working on a nationwide program to make sure transgender people could make it to the polls without being harassed. He was worried about the outcome.

“We’re in a really sad position,” Bruno said. “We’re in the hands of a completely homophobic and diverse-phobic person. We’re all just waiting to see what happens on April 1,” which was Costa Rica's runoff election.

In a strange confluence of events voting day landed on Easter Sunday. The whole country had been on vacation and the highways were bumper-to-bumper as people tried to make it back in time to their polling stations.

People lined the streets waving their party’s flags, cars honked their horns and the air felt electric with anticipation.

At the end of the day Bruno turned his camera back on to deliver a new message to his Facebook followers.

On April 1, his candidate, Carlos Alvarado, won by a large margin and Bruno was relieved. Since the election, the government is set to follow the Inter-American Court of Human Rights ruling and they are now allowing transgender people to change their names and plan to eliminate sex from government-issued identification.

But even with this win, Bruno says he’s not done yet. He wants Costa Rica to be even more progressive.

“There are three things I want: First, that transgender people aren’t reliant on a psychologist’s approval [for hormone treatment]; second, that people under 18 can get access to hormones; and third, that it’s a complete package — [publicly funded] hormones and gender-affirming surgery,” he said.

Government officials say they’re open to the changes Bruno wants to see. Doctor Gloria Terwes worked on the legislation for publicly funded hormone therapy. She underscored that as a public institution they have a mandate to ensure they aren’t putting people at risk. 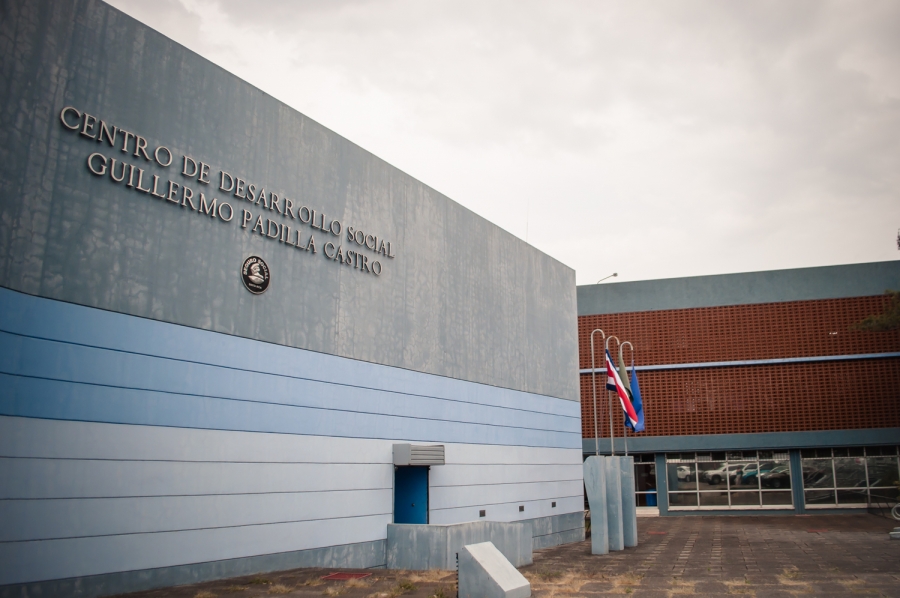 “We’re in the first stage right now. We have to keep analyzing the process,” Dr. Terwes said. “We’re still rolling out the program, but in the future we may consider expanding to people under 18.”

She also acknowledged that gender-affirming surgery may be a possibility too. At the moment there are fewer than 30 transgender people enrolled in the program.

While Bruno continues to fight for his community, things have gotten easier at home with his son Luca.

He recounted a day when he was shaving and noticed his son staring at him, confused.

“We had never talked about how men shave, so I told him I was shaving, and he asked, 'Will I have to do that one day, too?’” Bruno said. “I remembered that when I was little I thought shaving was the coolest thing in the world. I went and got a plastic shaver and covered his face in foam.”

The two took photos to remember one of their first father-son rituals.