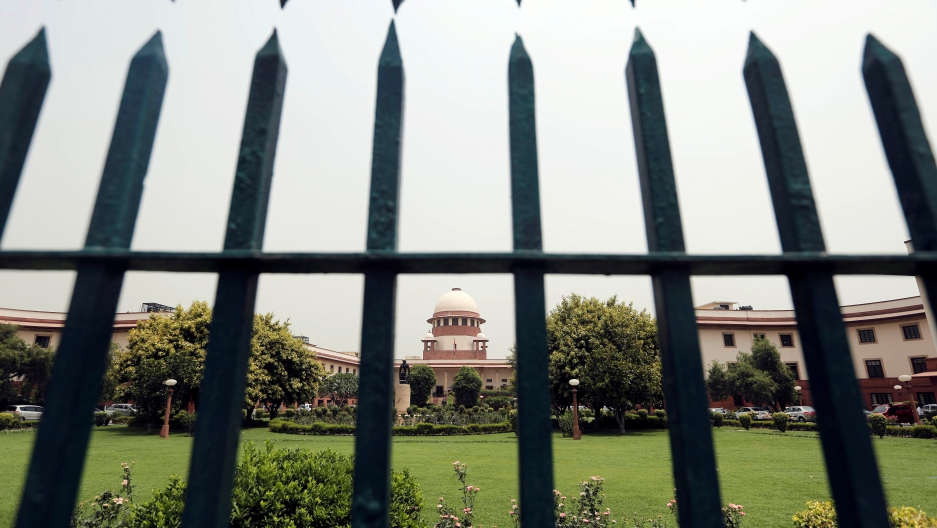 Gay rights activists in India are enthusiastic about what the right to privacy means for the country’s LGBT community, which is specifically addressed in the ruling.

Currently, the Indian Penal Code criminalizes “carnal intercourse against the order of nature.” While this law can be used to penalize anyone who has non-procreational sex, it is mostly used against gay men, and can lead to sentences up to life in prison.

The case of Ramchandra Siras, a professor of language at the Aligarh Muslim University, was a painful example of the harassment gay men have faced because of the law. In February 2010, a TV news crew forced its way into his home and filmed him having sex with another man, leading to his suspension from the university. Two months after the incident, he committed suicide.

According to Anjali Gopalan, the director of the NGO Naz Foundation, which filed the original petition against the homophobic law, the fundamental right to privacy can protect gay men from such violations.

“The one thing I keep thinking about is if we had this judgment in place, [the violations against Siras] would not have happened in all probability,” said Gopalan. “A man gets pushed to the point that he committed suicide at the age of 60, it is so hurtful and so painful.”

Privacy has been one of the central arguments used in the legal battle. It even led to the High Court of Delhi striking down the homophobic section of the penal code in 2009.

“Under [the right to life and liberty] there is privacy, there is dignity and there is health, and on all these counts and under the right to equality, the High Court held [Section 377 of the penal code] unconstitutional,” said Anand Grover, a senior attorney who represented the Naz Foundation.

However, the Supreme Court later reinstated the law. That decision is being challenged one last time.

“Six out of nine judges have said that the 2013 judgement has not dealt with privacy properly, there is a flaw in that judgement,” said Grover.

However, the current government continues to support the homophobic law. So far, Prime Minister Narendra Modi’s party has refused to repeal the law in Parliament despite a strong majority. In the past, senior leaders of the party have made strong statements against homosexuality. In 2013, the former president of the party said “homosexuality is an unnatural act and cannot be supported,” while another senior leader tweeted in 2015 that “homos are genetically handicapped.”

On being asked about the privacy ruling’s impact on the unnatural offenses law, the Indian law minister evaded the question.

“I think today is an important day for the poor and underprivileged,” said Ravi Shankar Prasad.

The statement, which many viewed as a dismissal of gay rights as a “rich people problem,” drew the ire of many opponents of the unnatural offenses law. According to Harish Iyer, a gay rights activist, Prasad’s evasion reflects how little this government values minorities.

“When Prasad says that the rights of poor people are important, I can get him introduced to thousands of poor LGBT people as well,” said Iyer. “They don’t come only from one socio-economic strata.”

Iyer doubted that the privacy ruling would reduce homophobia. Iyer said that one of the petitioners supporting the unnatural offenses law in the court case said striking it down would leave children vulnerable to abuse.

“As a survivor of child sexual abuse, let me tell you there is no link between homosexuality and child sexual abuse,” Iyer said. “If everyone who was sexually abused was to turn gay then more than one-third of any population would be gay.”

Iyer is confident, however, that the newly reinforced right to privacy will bolster the gay rights movement in India.

A previous version of this story misspelled Harish Iyer's name.