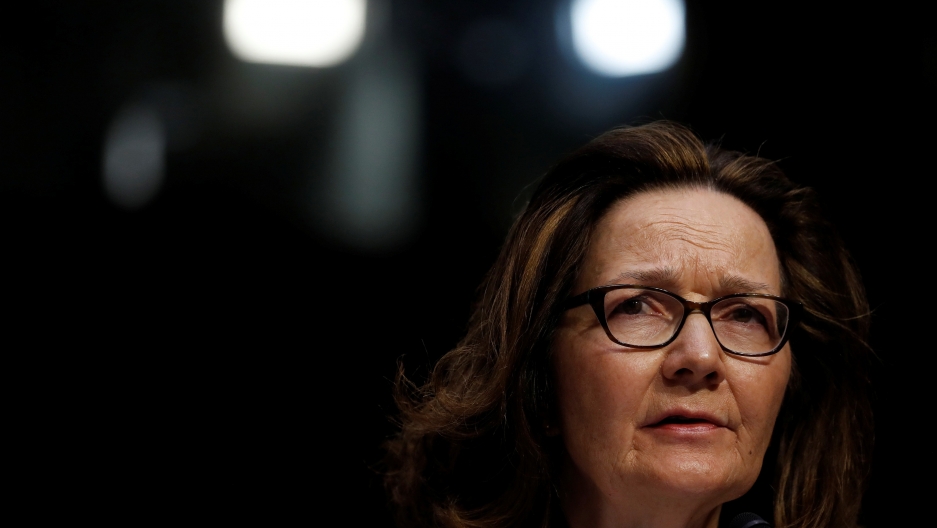 The secrecy surrounding Gina Haspel, President Donald Trump’s nominee to head the Central Intelligence Agency, has some senators and anti-torture activists worried the Senate will essentially be voting in the dark to confirm her.

In the days since her May 9 confirmation hearing, they’ve demanded more details on Haspel’s 33 years with the agency, where she worked undercover for its clandestine service. If anything, information has been even harder to come by. And a letter Haspel has written expressing regret about the CIA's enhanced interrogation program to Virginia Sen. Mark Warner, the senior Democrat on the Senate intelligence committee, could be seen as too little too late for some senators.

On Monday, the committee restricted access to a classified memo containing details of her 2002 involvement in a CIA “black site” where detainees were interrogated using methods now widely viewed as torture, along with her role destroying videotapes depicting it, according to The Intercept and NBC News.

Related: For some, Haspel for CIA head 'would be promoting a torturer'

Democratic members of the committee prepared the memo, and it was originally available to all senators and staff with security clearances to be viewed in a secure facility located within Congress. It contained details not discussed at Haspel’s public hearing before the Senate on May 9, and those who viewed it apparently found it distressing.

“Senators need access to more information, not less, about Ms. Haspel’s background,” says Yasmine Taeb, senior policy counsel at the Center for Victims of Torture. “What complicates this nomination is that, as acting director of the CIA, she is personally responsible for the near-total secrecy that continues to shroud her background. It’s incredibly troubling senators are kept in the dark and don’t have the information to make an informed decision on this nomination.”

The organization joined 35 other groups Tuesday in sending a letter to the intelligence committee asking it to postpone its vote, which is scheduled for Wednesday at 9:15 a.m. EST. Haspel’s nomination will then go to the full Senate, where she needs a simple majority.

“To vote on whether to advance Ms. Haspel’s nomination — behind closed doors and when so little information has been released to the public, and when the nominees [sic] has reportedly supervised torture, facilitated its cover-up, and obstructed access to her record on these matters — would be a disservice to the public and to congressional oversight of the executive branch,” they wrote. They also asked the committee to reject her nomination. Other signatories were Human Rights Watch, Amnesty International, Open the Government and Indivisible.

The classified memo was based in part on the results of a lengthy Justice Department investigation by special prosecutor John Durham, who spent years examining the circumstances around the videotapes’ destruction but ultimately did not criminally charge anyone.

A bipartisan group of senators has been pressuring the Justice Department to release Durham’s report to the entire Senate ahead of the vote on Haspel’s nomination.

Gina Haspel was intimately involved in one of the darkest chapters of U.S. history, yet very little information has been made public about her actions. All senators deserve to see the results of the DOJ’s investigation into the destruction of the tapes. #UnlockDurhamReport

This morning, I asked AG Sessions to make the Durham Report available for every Senator to review. It is critical that all Senators have access to relevant information regarding the CIA nomineehttps://t.co/4xDE5DI48i

Meanwhile, it appears Haspel is having second thoughts about some of the responses she gave at last week’s hearing, where she evaded questions on whether she viewed the post-9/11 “rendition, detention and interrogation” program as immoral and refused to condemn it.

In a Tuesday letter to Sen. Warner, Haspel wrote: “With the benefit of hindsight and my experience as a senior Agency leader, the enhanced interrogation program is not one the CIA should have undertaken.”

She also wrote the program “ultimately did damage to our officers and our standing in the world.”

Warner followed with a statement backing Haspel's nomination. With Democratic Sens. Joe Donnelly of Indiana and Joe Manchin of West Virginia also promising they'll vote for her, and most Republicans expected to back her as well, it seems highly likely Haspel will be confirmed.