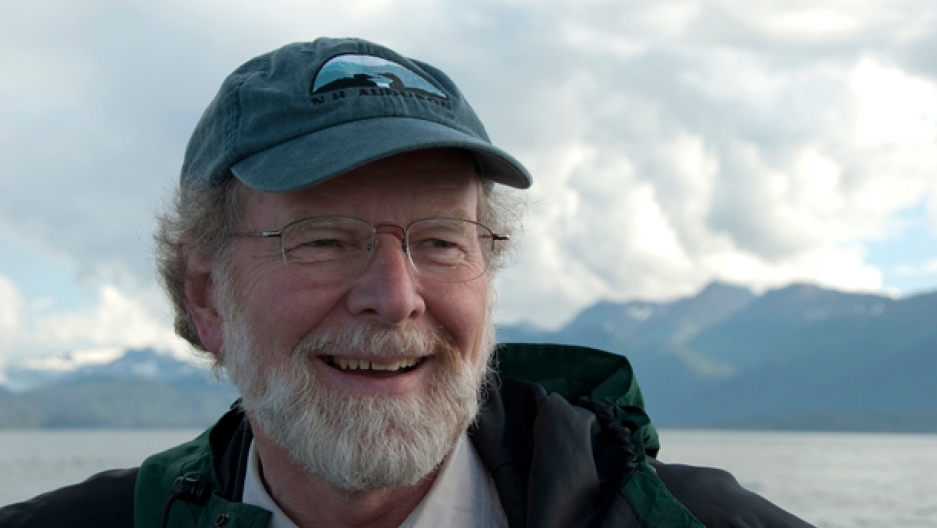 James J. McCarthy is a Harvard professor who co-chaired a working group for the UN’s Intergovernmental Panel on Climate Change and has served as president of the American Association for the Advancement of Science. Now he's the winner of the Tyler Prize for Environmental Achievement.

The prestigious Tyler Prize for Environmental Achievement has been awarded to Paul Falkowski and James J. McCarthy, distinguished oceanographers who focus on climate change.

McCarthy is a Harvard professor who co-chaired a working group for the UN’s Intergovernmental Panel on Climate Change and has served as president of the American Association for the Advancement of Science.

“I'm really pleased to be a recipient of this prize,” McCarthy says. “It came as a great surprise to me and as I look back over the list of recipients for the past four decades, I realize that many of them had been my heroes and my mentors. So, it's really quite an honor to be joining their company.”

As McCarthy began to think about an area of science in which he could pursue a career, he found he was inclined toward something that involved fieldwork, rather than something totally lab-based. “The ocean was the one I chose, and it wasn't a crazy passion for the ocean; it was really the opportunity to do a science that I thought would work,” he says.

In the year 2000, the New York Times ran a picture of McCarthy on a ship at the North Pole, surrounded by open water instead of the usual meters-thick ice. The story got a lot of attention, both good and bad.

“There were people who said, ‘Absolute nonsense,’ that we had somehow fabricated the whole thing,” McCarthy explains. “But, as it turns out, nobody could have imagined at that point that the ice was thinning at the rate it was. People said, ‘That's impossible. There should be two or three meters of ice there.’ And, of course, we know today, that ice isn't there.”

McCarthy has experienced similar pushback on the question of climate disruption. “It has largely just been the stable of regulars who seem prepared to try and diminish every bit of new understanding in climate science as being irrelevant or exaggerated, but we're used to that,” he says. “Fortunately, a lot of them are older than me, so they won't be as much of a bother to future generations as they were to my generation.”

McCarthy says he is “extremely concerned about the loss of momentum on the extraordinary international agreement that was struck with the Paris Accord. ... I'm worried that the international resolve could be diminished without the US in a position of leadership,” he says. “What was extraordinary about the Paris Accord was that for the first time you had the United States, China and India all at the table and all agreeing to not only participate but to really take leadership roles.”

The good news, McCarthy adds, is that many cities and states have not only expressed their resolve to continue working to curtail emissions, but have even upped their game. “We’ve known all along that's an important place where the action has to occur,” he notes.

President Trump's decision to withdraw from the Paris Agreement cannot become effective until after the next presidential election in 2020, so “he can express his intent, but it can't be finalized,” McCarthy notes. “Maybe he will change his mind or if someone else is elected, there could be a different future.”

“What I think is not easily communicated to the public is that if you lose a day working on this problem now, it's not like you can work an extra day later and catch up,” McCarthy adds. “A portion of the carbon dioxide we’re putting into the atmosphere now will be in the atmosphere hundreds and thousands of years from now. So, everything we can do to slow it today makes tomorrow easier.”

More than anything, what gives McCarthy hope for the future is the attitude of the younger generation toward climate change.

“Whether they go into business or into the public sector — any position, in any career — they’re carrying with them an understanding the early generation didn't have, the importance of this problem,” he says. “When I interact with these students, I see a passion to be involved in the solution side of this question. I think that's a very, very hopeful indication that, as we move through this bottleneck, we will emerge much stronger on the other side.”