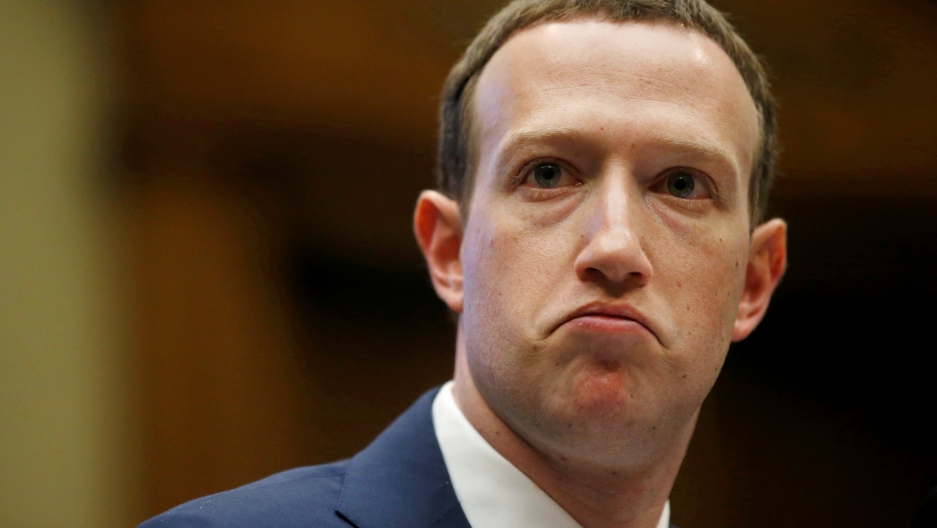 Facebook CEO Mark Zuckerberg testifies before a House Energy and Commerce Committee hearing regarding the company's use and protection of user data on Capitol Hill in Washington, US, April 11, 2018.

Millennials are the social media generation, but tech-savvy young adults weren't finding much to "like" about Facebook founder Mark Zuckerberg's public testimony this week about his company's data-sharing practices.

Some millennials, the age demographic with the highest rate of social media use, said they feel betrayed.

“Every company that has people’s information, they have the trust of the people,” said Ruby Anaztazio, a 17-year-old who was visiting Washington, DC from Texas. “They should work hard to make sure that the people they represent are protected.”

On Monday, those who may have been affected by the data leak were notified at the top of their Facebook newsfeed. The information was collected by users’ interaction with an app called “This is Your Digital Life,” which scraped data from roughly 270,000 individuals who downloaded the app, as well as information on all of their friends.,

According to a poll conducted by CBS News this week, 68 percent of millennials surveyed don’t think Facebook will be able to protect user data going forward.

“I'm not even a little bit confident that Facebook will be able to control privacy and data issues,” said Kelly Hageman, a 34-year-old from Chicago. “They may pretend to try if slapped with a big enough fine, but I think the damage has been done.”

Zuckerberg assured senators that his company would find out how Cambridge Analytica was able to access personal information from so many users. He also announced a number of steps Facebook is implementing to ensure more security on users’ data and privacy.

Measures include added safeguards to reduce the amount of data given to an app developer, as well as removing developer’s access to a user’s data if the app has not been used in the previous three months.

Related: Lawmakers wanted to know about Facebook's operations beyond the US

But experts say that users should not rest assured that the information shared on Facebook will remain private.

“The only reason we’re able to use Facebook for free is because they gather information on profiles and sell that to commercial customers who run ads targeting us,” said Hans A. Spakovsky, a manager and senior legal fellow at the Heritage Foundation.

Despite the scandal, most millennials have indicated they will not be deleting their Facebook accounts. However, 41 percent of the 18-29 age group surveyed in the CBS News poll said they will be sharing less personal content online.

“Over the years I’ve been so connected with different people in different parts of my life [through Facebook],” said Charles Jefferson, a 26-year-old millennial who was notified his information was leaked to Cambridge Analytica. “We have photos, videos, and memories that we’ve collected on Facebook and we don’t want to necessarily lose that or have to back that stuff up.”

While remaining on Facebook, Jefferson said he’ll have to re-examine his friend list on the social media site and do some “spring cleaning,” but his confidence in the platform has been shaken.

“Zuckerberg has a lot to do before he can regain my trust again,” Jefferson said.