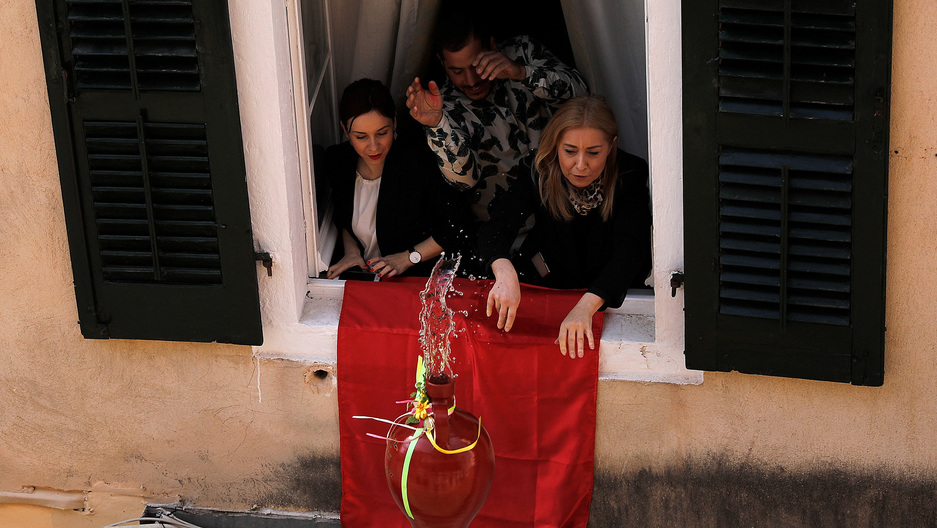 People throw a clay pot filled with water from their window during the Greek Orthodox Easter tradition of "Botides" on Holy Saturday marking the so-called "First Resurrection", on the island of Corfu, Greece, April 7, 2018.

Orthodox Easter celebrations on the Greek island of Corfu were a smash on Saturday - literally.

Corfiots mark Holy Saturday with a strange old custom referred to as the "botides" — where large clay jugs filled with water are thrown from the balconies of homes in the center of town, smashing into pieces onto the streets below as thousands gather around to watch. 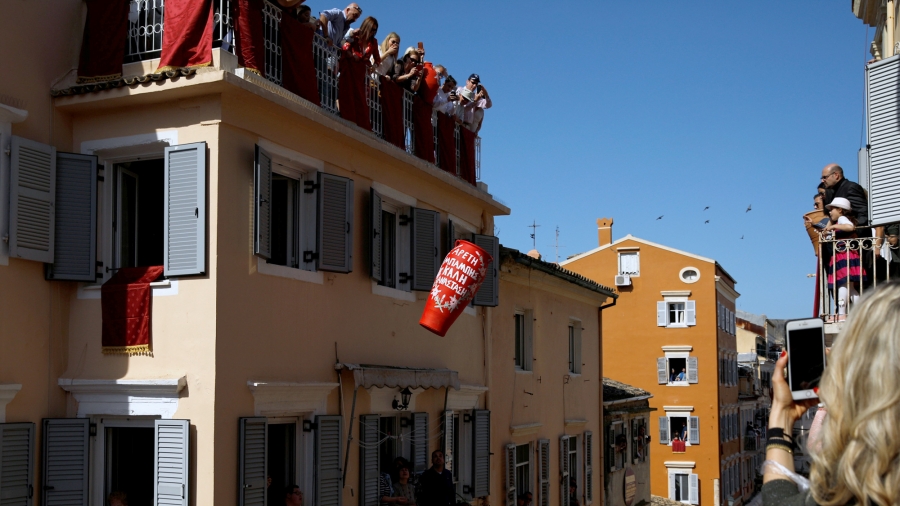 A red pot falls from a tall building as onlookers cluster on rooftops and out windows to watch.

Visitors come from across the country and abroad to view the popular event. The sound of the pots crashing is thunderous, and fearless spectators stand quite close to the crash sites, struck by the spray of water and shards of clay, although local organizers said no one has ever been seriously injured during the custom.

"I am very happy, because people come from far away, and that is why we do this, they like it very much, they have become hooked on the custom," said Corfu resident Nikos Voskopoulos, who has been an enthusiastic pot-thrower for 20 years. 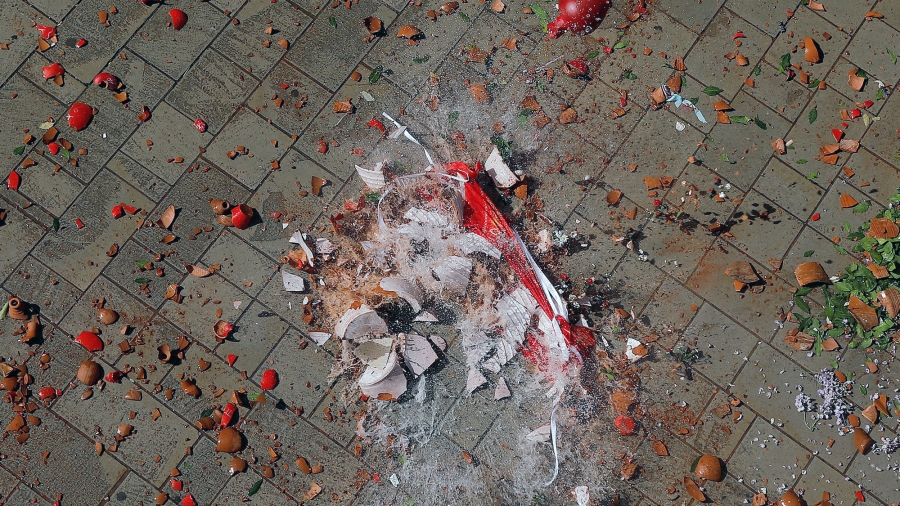 One of the botides shatters into hundreds of pieces as it hits the street.

The exact origin of the custom is unclear. According to the municipality, one popular belief is that it originated with the Venetians who ruled Corfu between the 14th and 18th centuries. To mark the new year, the Venetians would throw out their old belongings to make way for new ones in order to make a fresh start to the new year.

The Greeks adopted the custom, introduced clay pots, and moved it to Easter, one of the most important holidays in the Greek religious calendar. There are also Biblical references to the smashing of clay pottery, symbolizing the divine striking down enemies. 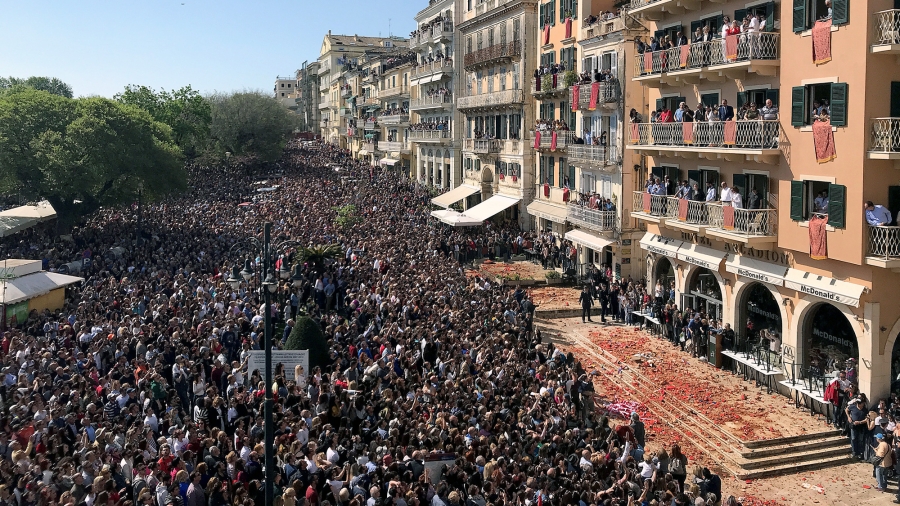 Spectators line the streets to watch the botides fall from windows.

Another belief is that the custom has roots in ancient Greece. In April the ancient Greeks would throw out their old clay planting pots and plant seeds in new ones to mark the coming of spring.