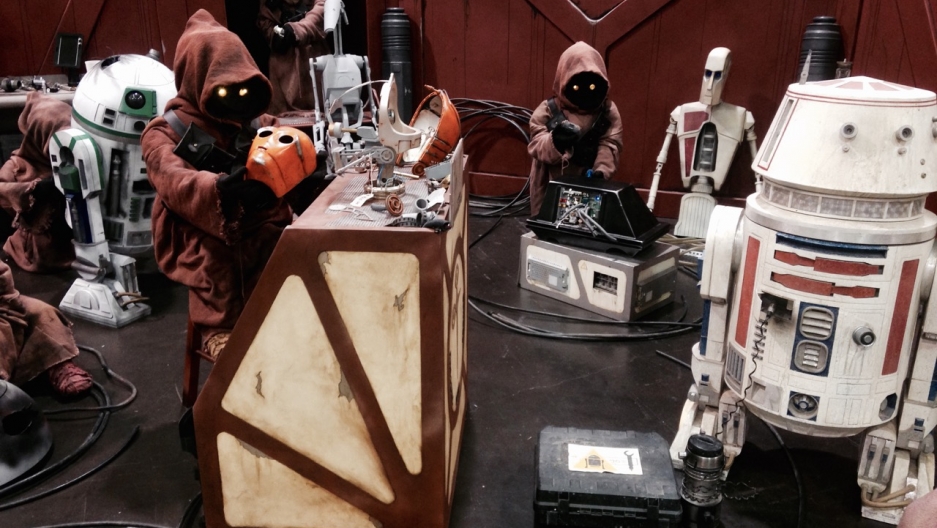 A set of Jawas and their droids at Star Wars Celebration 2015 at the Anaheim Convention Center.

Ben Burtt created some of the most famous movie sounds ever, including R2D2’s mechanical chatter and the whir of the lightsaber. He’s won four Oscars for his work in iconic films like “E.T.” and the “Indiana Jones” series.

Burtt reveals to Kurt Andersen the earthly sources of his otherworldly noises. The sound of the AT-AT Walkers in “The Empire Strikes Back,” for example, came from the squeaky dumpster behind his house. And M-O, the cleaning robot from “WALL-E”? That’s the noise of Burtt’s electric razor.