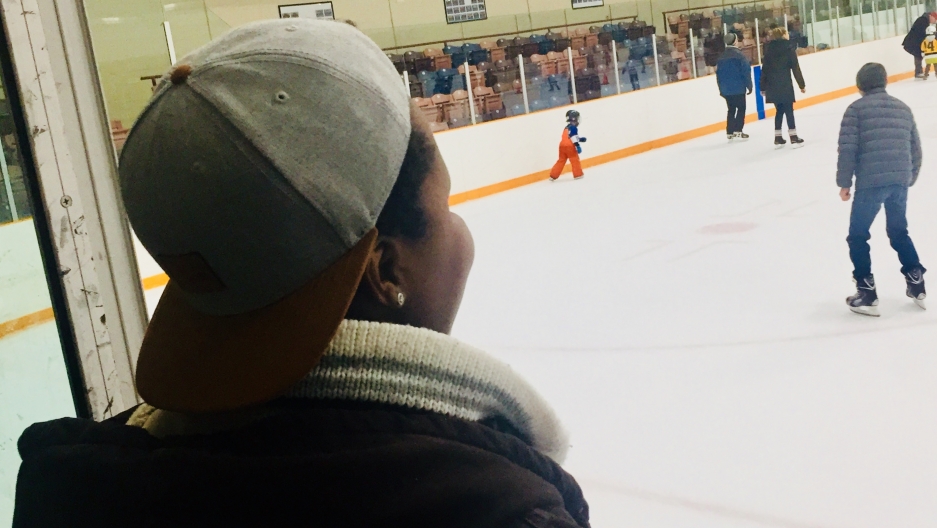 Keko looks out at the skating rink at the East York Memorial Arena.

To be honest, I don’t remember learning how to skate.

I was probably around 4 or 5 years old. The blast of cold air that hits you when you walk into the rink, the tinny-sounding music being piped in — it’s all so familiar to me.

But my friend Keko is new to Canada.

She’s from Uganda. We met last year when I interviewed her. She’s a well-known rapper in East Africa.

Keko moved to Toronto last summer to go to film school. And she’s been adjusting to life in the north. So when I was in Toronto earlier this week, I invited Keko to come skating with me.

Keko is one of so many new Canadians adjusting to life here. Canada will welcome nearly 1 million immigrants over the next three years. And every day, new Canadians are learning how to snowshoe, ski, curl and skate.

On the way to the rink, we talked about how she was managing her first real winter.

“Sometimes when I miss the streetcar and I have to walk to school, it’s an experience,” she explains. “I feel like I’m in ‘The Revenant,’ the movie. I’m like Leonardo DiCaprio. It’s a real struggle.”

Moving to Toronto has meant she’s had to embrace the great Canadian obsession — hockey.

“I actually was really skeptical,” she says. “I was like, 'why do Canadians like ice hockey and whatnot?' I was watching it for the first time a couple of weeks ago and I was like, this was actually a very interesting game. It keeps you intrigued, takes a hold of you in a certain way, that I can understand why they are addicted to it. I couldn’t stop watching it, every time over the weekend, every chance I get I watch it.”

For Keko, coming to Canada means a fresh start. When I interviewed her last year, she spoke openly for the first time about being gay.

In her home country of Uganda, being gay is dangerous. It’s a notoriously intolerant place for LGBT people.

So Keko gets to live her life here in Toronto without the judgment and scrutiny she felt in Kampala.

Thank you Canada for giving me a new home...I feel free like a new person it was a burden to live in a box and walk on egg shells

“I kind of like the fact that I can just get out and do the most normal thing without anybody being in my business, going to the media about it. It’s just like I’m a nobody here. It’s just nice.”

At the rink, we’re greeted by a woman who tells us that it’s Family Day here — a public holiday in Ontario.

The skating rink is offering free skating, with volunteer instructors and even post-skate hot chocolate. 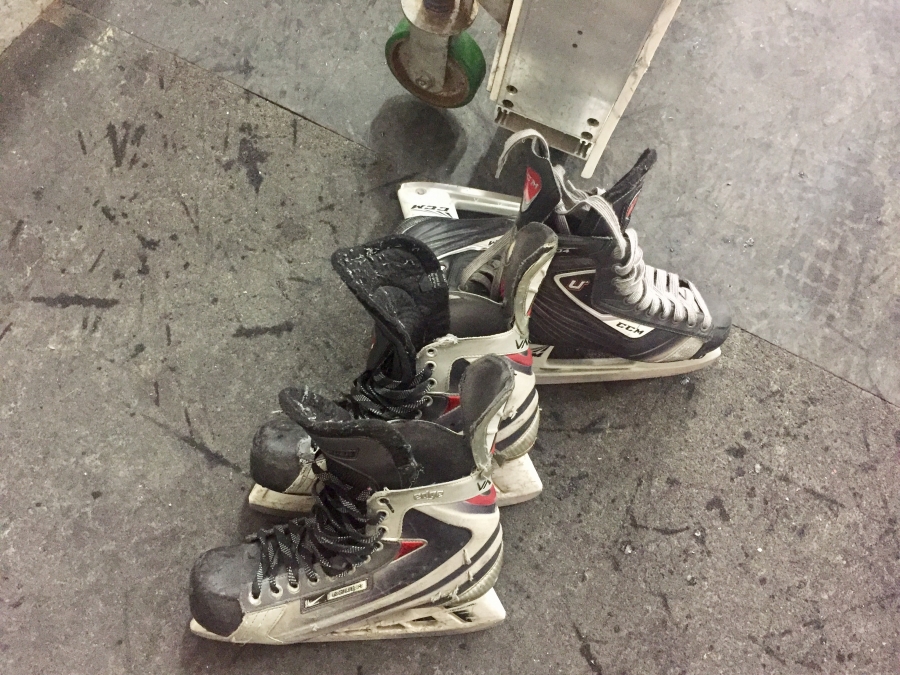 Getting ready to skate.

We get our skates on and head out onto the ice. Little kids fearlessly buzz around us.

First-timers cling to the edge of the rink shuffling slowly around.

We join the shufflers. We both quickly realize that I’m a terrible teacher.

After struggling to get Keko going, I enlist the help of a volunteer instructor at the East York Memorial Arena.

The first thing our instructor does is retie Keko’s skates. They were too loose around her ankles, making it hard for her to glide. After the adjustment, she’s able to take one hand off the edge, then the other. And just like that ...

“I’m skating!” she shouts, with a wide smile.

But the first time trying a new sport is always tough. Keko takes one big spill. With a little help, she gets up and keeps making her way around.

“I'm never doing this again," she says. "Please do not skate, Africans!"

But hey, our skating selfie game was on point.

Listening to her travel stories gave me life and movie ideas. @AndreaCrossan you inspire me. pic.twitter.com/1yj6oEx2o5

Later that night, Keko messaged me. She apologized for complaining about skating. And she thanked me for taking her to the rink.