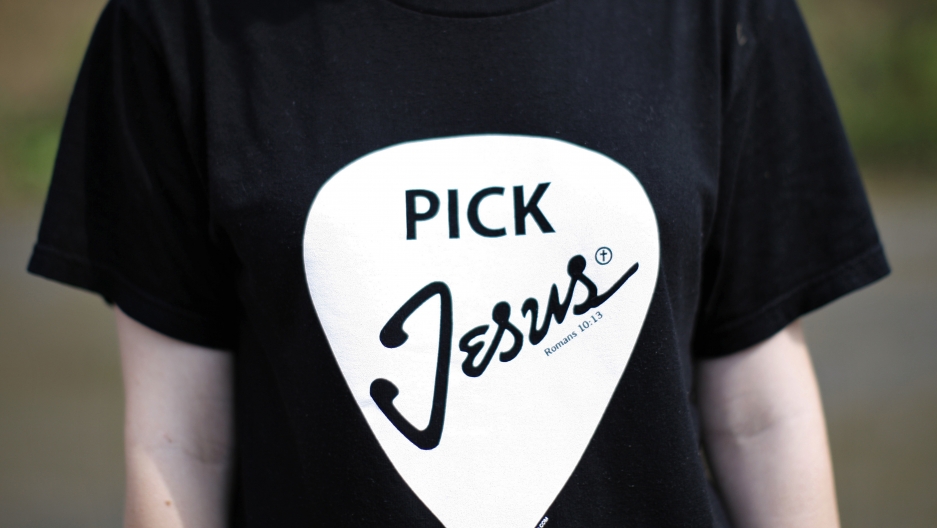 A Christian rock festival in Pennsylvania, 2008.

Listener Sam Cook grew up in a fundamentalist Christian church outside Joplin, Missouri.

“Speak in tongues, lay on hands, put holy water on people, a literalist view of the Bible,” he recalls. Part of that upbringing involved avoiding “secular” pop culture, instead watching Christian movies and listening to Christian rock.

Then he moved away to Kansas City and started questioning his beliefs. Now he’s an unapologetic atheist, and he loves bands like The Smiths.

But when Cook is feeling down, he gravitates towards the music that made him feel good as a teenager in the 1990s. When he recently lost his job, he turned to the song “Live by Faith” by the Christian singer-songwriter Chris Rice for consolation.

Even though he doesn’t believe the message in much of the lyrics, “it totally appeals to that part of my emotion that I don’t get in any other part of my life,” Cook says.