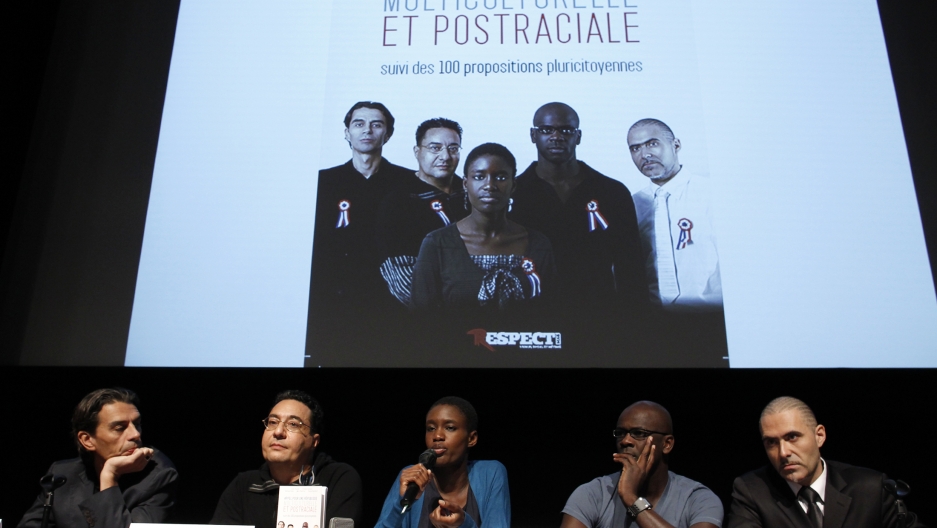 When Emmanuel Macron was elected president of France last May, it was a victory over the extreme right and the candidacy of Marine Le Pen.

At 39, he became the youngest president in French history, and he had recently created his own political party, Republic on the Move. He was seen as a supporter of diversity, bringing more women into high-level positions. And when his party went on to win a majority in parliament, it brought power to political newbies.

And yet, when it comes to talking about race, religion and gender, activists say they're up against the same old historic French problems with this government. Rokhaya Diallo, a French journalist and filmmaker of African descent, says it was her statements on these topics that got her booted from a government advisory board.

In December, Diallo was appointed to serve on a digital advisory council, charged with helping the government make policies for an inclusive digital future. But it was not to be.

“From the point that my appointment was made public,” Diallo says, “some people started to protest over Twitter and the internet to say that my opinions against racism — especially tackling state-sponsored racism — were not acceptable.”

Critics decried her claim that institutional racism exists in France (especially in the form of policing tactics, as well as her support for a woman’s right to choose to wear, or not wear, a Muslim headscarf).

To avoid the distraction of ongoing protests over Diallo, government officials decided to remove her from the council.

Diallo says her sacking shows that even when there are more young people and people of color brought into the government, “they are still not allowed to say whatever they want to about race, so you’re OK to be there as long as ... you’re not too vocal on race issues.”

Diallo has spent a lot of time in the US. She participated in an Obama-era State Department program that reached out to young French leaders. She was the only French woman to attend the Obama Foundation’s kickoff event in Chicago last November and she made a documentary about anti-racism activists in France and the US.

She’s learned that the US is more segregated than France — geographically and socially — perhaps because segregation used to be the law. On the other hand, she says, at least the US has a broad conversation about race. “You have words, you have departments in university that are dedicated to race. That’s something that doesn’t exist in France,” she explains.

But Diallo is doing her best to push that conversation in France. She hosts two BET-France shows, she’s written several books on race, and she’s interviewing people who have allegedly been negatively affected by the state-of-emergency-style policing powers put into effect by Macron.

In spite of her detractors, Diallo does have a lot of support. When she was driven from that digital advisory council, almost every other member of the 30-member board resigned in protest.