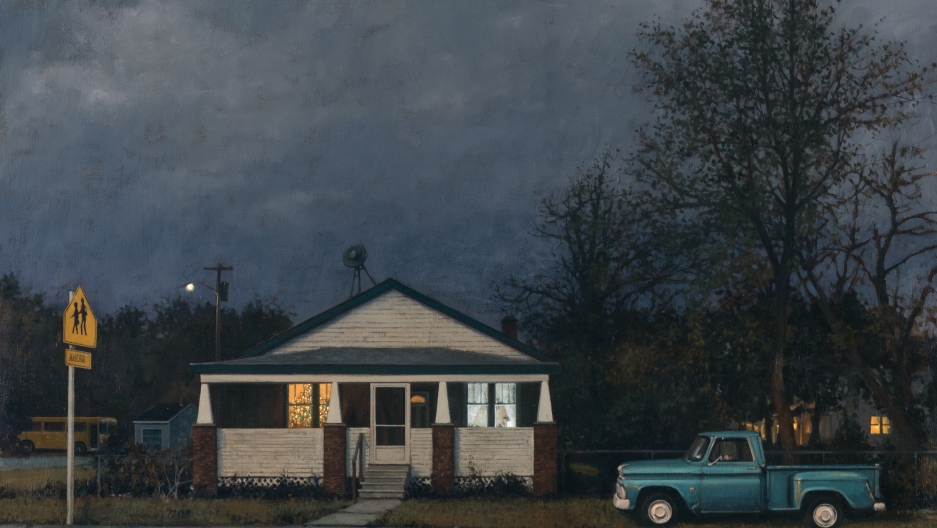 Linden Frederick paints realistic scenes of mysterious-looking buildings at twilight. About that time of day, Frederick says, “Somebody described it as the point where the dog becomes the wolf.” 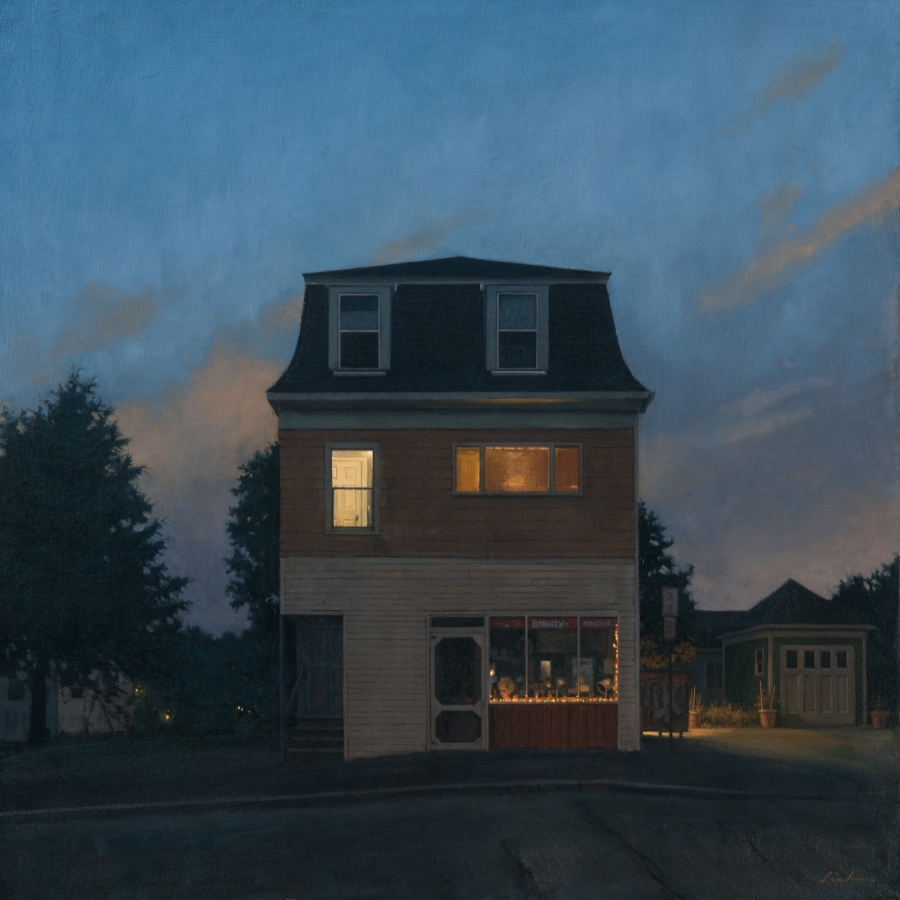 He’s particularly interested in the unglamorous stretches of the country that the economy has left behind. Looking at his paintings, you can imagine the kinds of stories going on inside those lonely houses and empty corner stores. 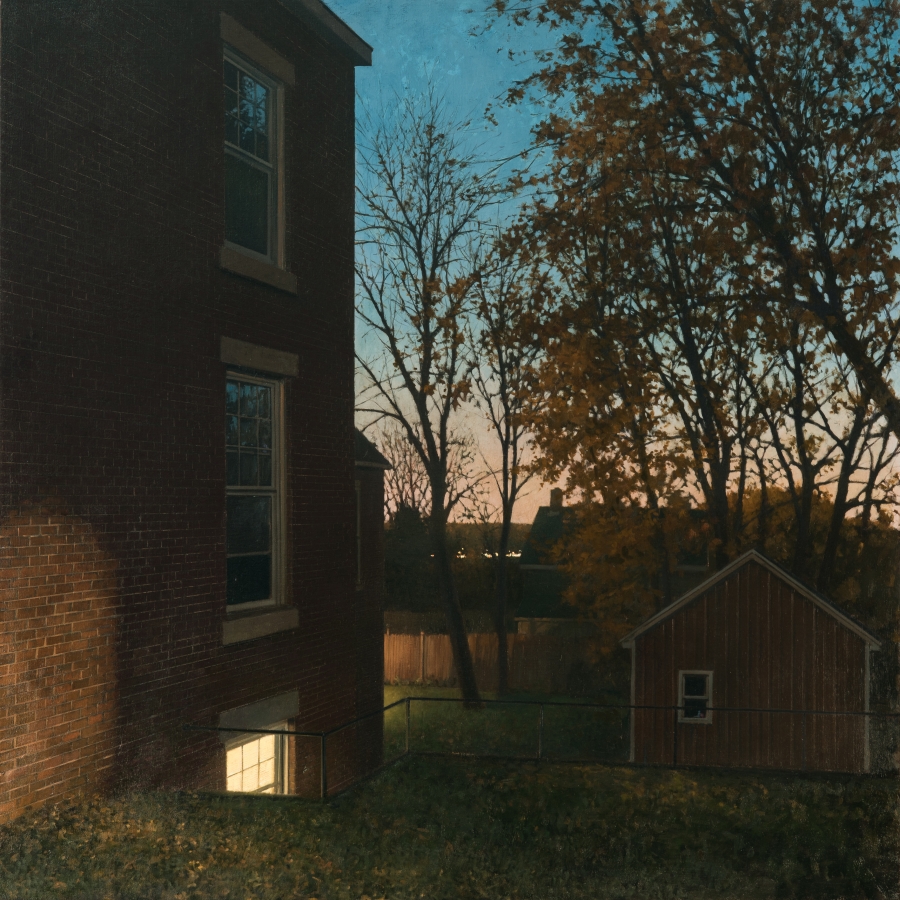 Now a new book, “Night Stories,” pairs stories by well-known authors like Richard Russo, Elizabeth Strout, Dennis Lehane and Joshua Ferris with the Linden Frederick paintings that inspired them. Producer Matt Frassica goes on a twilight drive with Frederick through his hometown in Maine to find some of the locations that have worked their way into his paintings.