“My driver’s license expires the same day as my DACA status,” says Jasiel López, who came to Mexico at age six. “So from the day I fall out of status, I could be pulled over by police and sent back to Mexico.”

On a good traffic day, it takes Jasiel López nearly one hour to drive from work at his family’s yacht repair shop in Fort Lauderdale to classes at Florida International University in Miami. It’s a hustle, juggling a full-time job, classes and a commute, but López is gunning for his college degree — he'll be the first in his family to earn one.

At age 6, López left Mexico with his family, crossing the border into the United States to meet his father, who had migrated earlier for better work in Arizona. They eventually settled in Florida. In high school, López did well but, being undocumented, college seemed out of reach.

Then, in 2012, President Barack Obama created the Deferred Action for Childhood Arrivals (DACA) program to give immigrants like López, who were brought to the US as children, the chance to obtain a work permit and be protected from deportation for two years, with the chance to renew.

“When DACA came, I thought about going to college,” López said. But this was Florida and in 2012 state law prohibited any undocumented residents from qualifying for in-state tuition rates. For López, and other DACA recipients in Florida, that made college unaffordable. Students considered residents from outside the state can pay triple as much tuition as in-state students. DACA or not, “I was met with a lot of the same problems,” López says.

Relief came in May 2014, when Florida’s House of Representatives passed House Bill 851. It allowed qualified students — those who had attended high school in Florida for three consecutive years and applied for college within two years of graduation — to apply for in-state tuition rates, regardless of their immigration status.

López saw an academic path open. He enrolled at Florida International University to study marketing. He is in his junior year now, with three semesters left until he earns a degree. His goal is to apply what he learns toward running the family yacht repair shop. It was opened by his dad in 2010 and López wants to expand it beyond a small, industrial storefront full of carpentry tools and paint. Then, he wants to become an entrepreneur himself.

“I’m not here to mooch off the government or take away from a US citizen,” he says. “What I want to do is build communities, build a life here and help others.”

Yet now, López, like many students with DACA, fear that President Donald Trump’s decision to rescind DACA will affect his ability to earn a degree.

“There’s obvious anxiety, to go from feeling like your presence here could one day be permanent, to suddenly not knowing if today will be your last day in the country,” López says.

López hopes that his in-state tuition remains in place. House Bill 851 keeps that option open for qualified students regardless of whether they have DACA. But there was a failed push in Florida to revoke the bill in 2017.

Had that effort succeeded, it would have been unfortunate, according to Julio Calderón, South Florida Community Organizer with the Florida Immigrant Coalition.

For López, though, there is now another worry: the 45-minute drive to class.

Florida’s state house recently passed what many immigration advocates consider an anti-sanctuary bill. The legislation outlaws any sanctuary policies and compels local and state police to enforce immigration law and cooperate with federal agents. The bill is expected to die in the Senate, but if it passes, a simple traffic stop could mean arrest, detention and possible deportation to Mexico for López.

DACA allowed for recipients in every state to legally obtain a driver’s license, further opening up job and education opportunities with an ability to travel and commute that some never experienced before. But only 12 states and the District of Columbia allow undocumented immigrants, with or without DACA, to acquire driver’s licenses. That means in some states, including Florida, DACA recipients will lose the ability to legally drive.

“My driver’s license expires the same day as my DACA status,” he says. “So from the day I fall out of status, I could be pulled over by police and sent back to Mexico.”

For many DACA recipients, this reality is already forcing them into the shadows. The Center for American Progress estimates that over 16,000 people have lost DACA status since the program drawdown began in September. A federal judge has ruled that the government must resume the program pending legal challenges, a decision the Trump administration has appealed. The Justice Department announced Tuesday that it will ask the Supreme Court to take up the DACA case. It's uncertain how long these proceedings will take and what the outcome will be. Without congressional action, López and others simply will not have clarity about their status in the coming months. 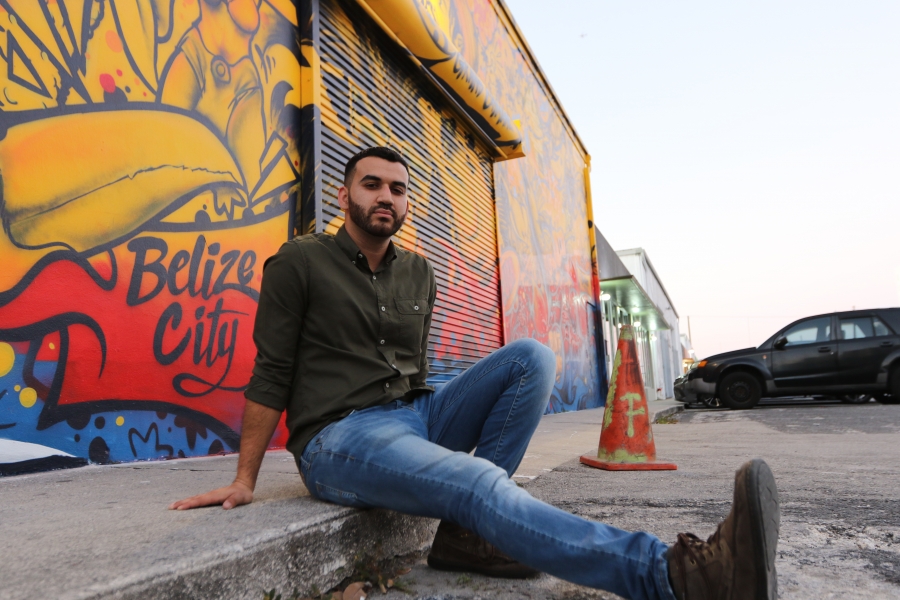 Jasiel López was not always active in the pro-immigrant rights movement, but became motivated after learning about the work done by advocates to help DACA and pro-immigrant bills in Florida become a reality.

“I have friends who’ve been held in private prisons contracted to do immigration detention,” Calderón says. “As taxpayers, we paid $14,000 for someone to be detained for three months, as opposed to $7,500 to educate them for a semester,” an estimate Calderón bases on a $6,000 tuition at Florida International University, plus an extra $1,500 for books and other costs.

He questions the cost of detaining immigrants.

“Do you want to educate them so they can give back to their communities or send them to jail?” Calderón asks.

Calderón and López agree that it will take leadership from Congress to protect DACA recipients from facing deportation to countries they hardly know. But they also hope Florida lawmakers can do what is possible to support sanctuary cities and undocumented students generally.

“It’s going to take a strong front from immigrants and allies in this space stepping up and making sure their voices are heard,” López says. “There’s too much at stake for us not to.”

López has helped organize a student walkout on FIU’s campus, to demand that the university do more to protect students from anti-immigrant harassment on campus and provide a safe space from federal immigration enforcement. His advocacy also extends to other undocumented immigrants facing similar battles, including Central American and Haitian recipients of Temporary Protected Status, other temporary immigration programs that the Trump administration is ending.

He was not always so active, and acknowledges that his involvement kicked in only after he qualified for DACA and in-state tuition.

“I look back and lament how inactive and oblivious I was to the movement that was happening around me, but take it as motivation to work hard and help others,” he says.