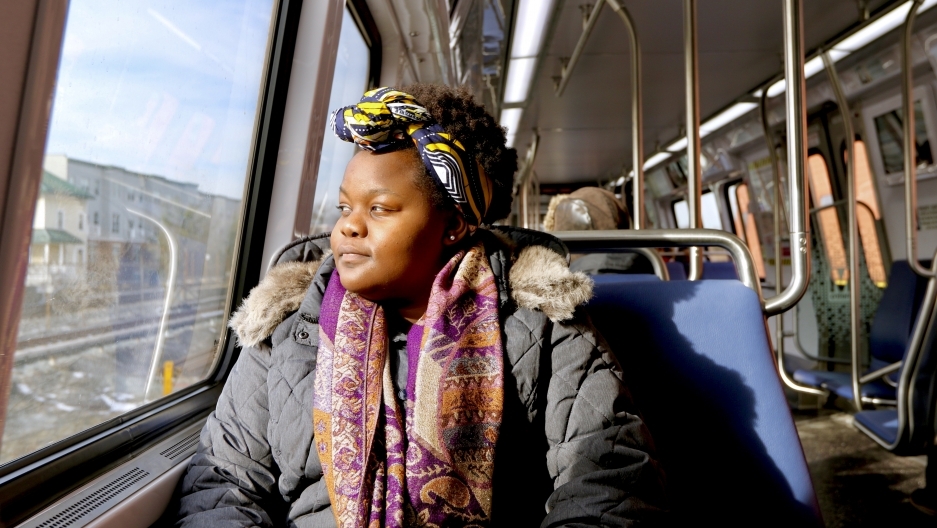 Despite uncertainty about the DACA program, Mwewa Mwange, 21, is hopeful that she can finish her bachelor’s degree before the University of Maryland considers her an international student and charges her higher rates for her education. Mwange came to the US with her family when she was 4 years old on a visa for visitors. They stayed in the US after that visa expired.

Mwewa Mwange says that she is shy and avoids conversations, too afraid of awkward moments. But ever since she became eligible for Deferred Action for Childhood Arrivals, or DACA, she slowly came out of her shell.

She is one of almost 700,000 undocumented immigrants brought to the US as children who have DACA, which offers temporary protection from deportation and the opportunity to apply for work permits. But she’s specifically passionate about black immigrants, a demographic she says often gets ignored in immigrant advocacy circles.

“I can step out of this shadow or out of this hiding and be able to tell my story because other people can’t,” she says. “Because in telling my story, other people are finally hearing like, ‘Wait, there’s undocumented black people?’”

Mwange came to the US with her mom from Zambia when she was 4 years old. Mwange is not her real family name — she asked that we not use her real name because of her immigration status. The family arrived legally; they came on visitor visas and applied for the diversity visa lottery several times. The program allows 50,000 people, selected at random from millions of applicants, to be screened and reviewed for possible passage to the US. Mwange's family didn't catch that lucky break and overstayed their visas. They joined the ranks of some 600,000 undocumented black immigrants currently in the country who don't have authorization. There are about 3.8 million black immigrants overall, according to a Pew Research Center report.

But they face being detained at higher rates than other immigrants. According to a report from the advocacy group Black Alliance for Just Immigration, black immigrants are just 5.4 percent of undocumented people in the US and 7.2 percent of the total noncitizen population. Yet they make up 10.6 percent of all immigrants who were in removal proceedings — in the process of being deported — between 2003 and 2015 (PDF). Nana Brantuo, communications director for the organization, says it's about policing.

“Our immigration system is deeply intertwined with our criminal justice system,” she says. “Because black immigrants tend to be situated in major urban areas that prioritize policing policies like ‘stop-and-frisk,’ there’s an unfortunately higher likelihood of them encountering law enforcement.”

And each time an immigrant encounters law enforcement is a chance for them to also be targeted for immigration violations.

Being policed is not this group's only distinction, though. Black immigrants are also some of the most educated among immigrants in the US. Immigrants from sub-Saharan Africa are more likely to hold a bachelor’s degree or higher than the the general immigrant or US-born population, according another Migration Policy Institute study. Despite this, stereotypes about black immigrants persist. Most recently, President Donald Trump allegedly referred to places where predominantly black immigrants come from, including Haiti and countries in Africa, as "shithole countries."

Mwange would like to follow in the footsteps of many of her family and peers by earning an advanced degree in community health.

Growing up, Mwange, now 21, always had big dreams of college. At one point she wanted to be a pediatric cardiologist and live in Alaska. But just as she was finishing high school, Mwange realized her path to higher education and a career would be harder than she thought. While filling out mock job applications in a financial planning course, a classmate asked if she had memorized her Social Security number.

Undocumented immigrants don’t have them.

“That dream pretty much died right then when I realized just what being an undocumented immigrant meant,” she says. 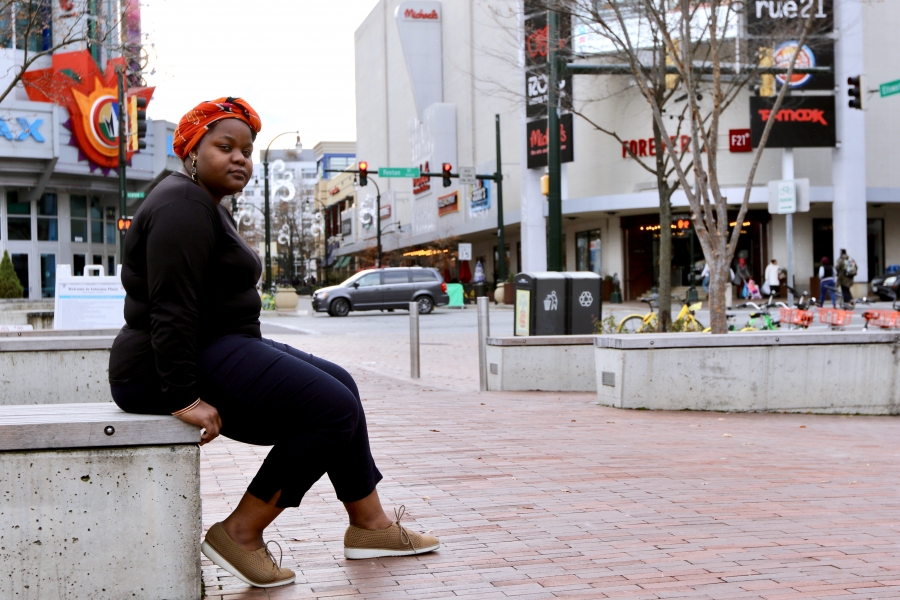 Mwewa Mwange says her DACA status and being able to enroll in college has opened up a whole world of activism to her. She's especially passionate about speaking out for black immigrants.

Mwange and her family have lived in Maryland for nearly 20 years. She attended a US high school, but was not considered a state resident because of her immigration status. Mwange applied anyway, using her local address. Out of the 12 schools she applied to, only two accepted her, including the University of Maryland. If she weren't considered a resident, tuition would cost $32,000 per year, compared to the $10,000 her neighbors pay.

Maryland passed a Dream Act in 2012, offering limited in-state tuition for student residents without legal authorization to live in the US. But it’s a law that didn't help Mwange. The Dream Act was restricted to high school graduates who first attend community college before transferring to a four-year institution. Since Mwange had already been accepted to two universities, she was ineligible.

Getting a higher degree for Mwange was unaffordable and thus out of reach.

“My life would be much different than all my [high school] classmates around me who didn’t have to factor their immigration status into their futures,” says Mwange.

But Mwange did qualify for DACA, and once she got that status she could also pay in-state tution.

“I know that I’m blessed to a certain extent because DACA came for me in my early adulthood when I’m just starting my post-high school career,” she says. “I was spared a lot of the stress and trauma older recipients faced with years of not being able to work or go to school.”

She enrolled at the University of Maryland in 2014. Still, college can be expensive and Mwange is ineligible for federal aid and many scholarships. Before she began spring semester in 2017, she decided to take time off to save money.

It was then, in September 2017, that the Trump administration announced it would phase out DACA. In January, a federal judge ordered the program partially reinstated while legal challenges continue, but the administration has already appealed the ruling. The Justice Department also announced that it plans to ask the Supreme Court to hear the case.

A semester has now turned into a year, and Mwange's grappling with the possibly of not being able to return to the university.

“Because they accepted me with my local address before, I don’t think I’ll suddenly become an international student at Maryland, but I don’t really know what’s in store for me now,” she says. “It’s just another thing I have to put off later and instead focus on how do I make sure, should anything happen, that when [my DACA status] does expire, I can at least survive for some time.”

Mwange says DACA opened up a whole new world of activism for her, including working as the Washington, DC, regional lead for the UndocuBlack Network. The group serves black, undocumented immigrants nationwide. She’s focused on bridging the cultural gaps between black immigrants and African Americans, and educating others on the unique challenges black, undocumented immigrants face, including the exclusion some experience working in other immigrant circles.

“Every chant is in Spanish. There’s no inclusion there and if we speak up, it’s like, ‘Well, why would you expect any different?'" she says. “As a black, undocumented immigrant, already the rest of the world doesn’t want you. So there’s that added feeling of, ‘I don’t belong here.’”

More: Bambadjan Bamba explains what it's like to be an undocumented Hollywood star

Her education is vital to that mission.

“I may have to delay finishing my degree longer to save, but not finishing isn’t an option,” she says while preparing for her commute from her job at an accounting firm to a special DACA informational meeting hosted by UndocuBlack. “I feel an obligation to fight for racial and social justice and to continue my advocacy on behalf of my people. There’s too much at stake to return to the shadows.”

Mwange says she knows other DACA recipients in her community of African immigrants who have quit their jobs before their work permits expire, or stopped showing up to school for fear of being arrested.

That's what concerns Mwange most: the dejection that many DACA recipients feel after first experiencing the optimism of being temporarily recognized by the country they call home.