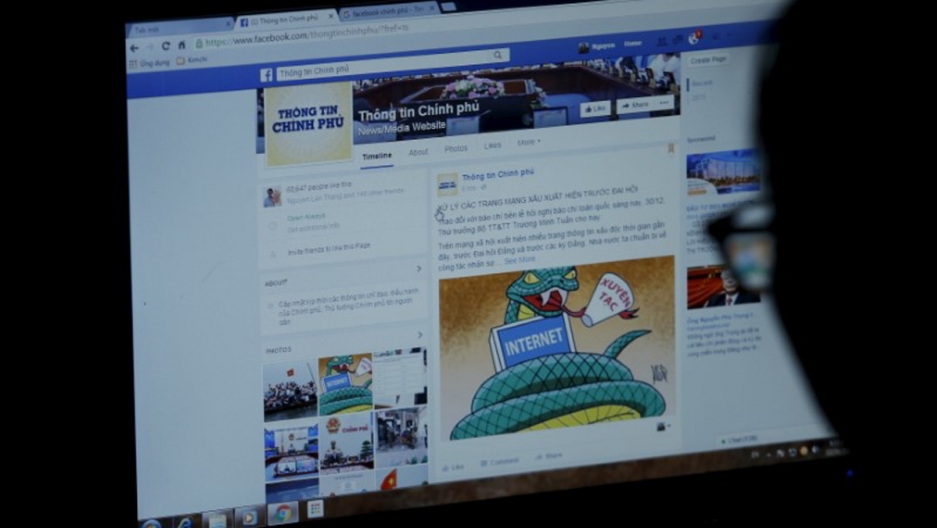 An internet user browses through the Vietnamese government's Facebook page in Hanoi.

The cyber unit, named Force 47, is already in operation in several sectors, Tuoi Tre newspaper quoted Lt. Gen. Nguyen Trong Nghia, deputy head of the military's political department, as saying at a conference of the Central Propaganda Department on Monday in the commercial hub of Ho Chi Minh City.

"In every hour, minute, and second we must be ready to fight proactively against the wrong views," the paper quoted the general as saying.

Vietnam has stepped up calls for closer watch over social networks and for the removal of content that it deems offensive, but there has been little sign of it silencing criticism when the companies providing the platforms are global.

The number of staff compares with the 6,000 reportedly employed by North Korea. However, the general’s comments suggest its force may be focused largely on domestic internet users whereas North Korea is internationally focused because the internet is not available to the public at large.

In August, Vietnam's president said the country needed to pay greater attention to controlling "news sites and blogs with bad and dangerous content."

Vietnam, one of the top 10 countries for Facebook users by numbers, has also drafted an internet security bill asking for local placement of Facebook and Google servers, but the bill has been the subject of heated debate at the National Assembly and is still pending assembly approval.

"Vietnam is certainly not alone. FireEye has observed a proliferation in offensive capabilities ... This proliferation has implications for many parties, including governments, journalists, activists and even multinational firms," a spokesman at FireEye, who requested anonymity, told Reuters.

"Cyber espionage is increasingly attractive to nation states, in part because it can provide access to a significant amount of information with a modest investment, plausible deniability and limited risk," he added.

Vietnam has in recent months stepped up measures to silence critics. A court last month jailed a blogger for seven years for "conducting propaganda against the state."

In a separate, similar case last month, a court upheld a 10-year jail sentence for a prominent blogger.