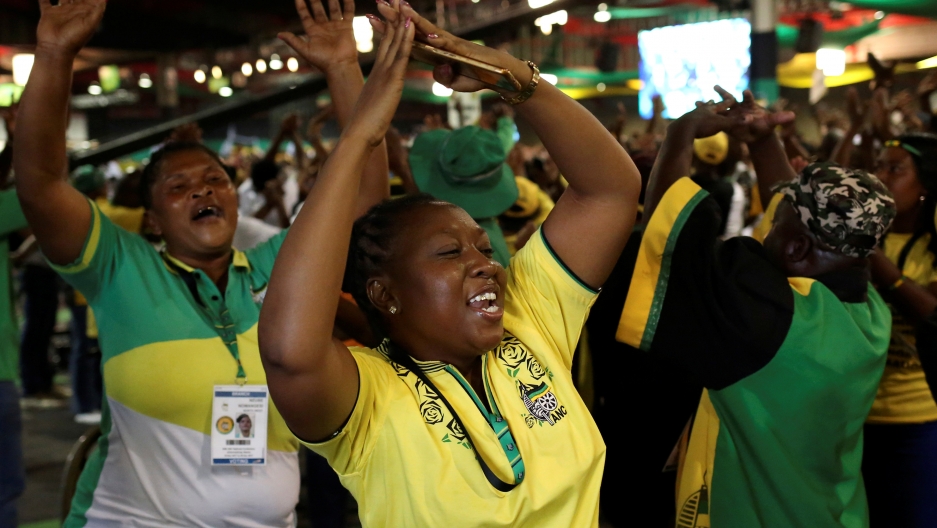 When Mosidi Modise was growing up in South Africa in the 80s and 90s, she remembers worshipping the African National Congress.  "We grew up in a house where we ate and we slept ANC!" recalls the 31-year-old business analyst. Modise's mother managed finances for the party during the Thabo Mbeki administration, just after Nelson Mandela stepped down. In those days, Modise says "there was a lot of hope, there was a lot of commitment and (the party) was very inclusive, whether you're black or white."

But times have changed.

"As a young person," Modise says, "I wouldn't want to affiliate myself with the party ... the brand has been tarnished since Mom worked there."

Whereas the ANC was once seen as a symbol of freedom and the party that would usher in a new era of equality after apartheid, today the party is more associated with cronyism, graft and corruption. Many young South Africans have lost hope in the party as the country struggles with high unemployment and a vastly unequal distribution of wealth.

"The party is such a shell compared to what it once was, as a mighty liberation movement," says Verashni Pillay, a 33-year-old journalist in Johannesburg. Pillay, like Modise, has fond memories of the party from her childhood.  She recalls as a 10-year-old "having complete FOMO" watching her parents vote in the country's first democratic elections. "I wanted to know who they voted for, wishing I could be in the booth with them."

But now, Pillay says, "it's really sad seeing what the ANC has become."

Both Pillay and Modise feel "relieved" that Cyril Ramaphosa won the election against Nkosazana Dlamini-Zuma, the ex-wife of embattled outgoing ANC president Jacob Zuma. "But he's the lesser of two evils," warns Modise. "We know that he's not going to be a silver bullet to the country's progress, but it's a good step forward."

To hear more from Verashni Pillay and Moside Modise, click on the play icon above.