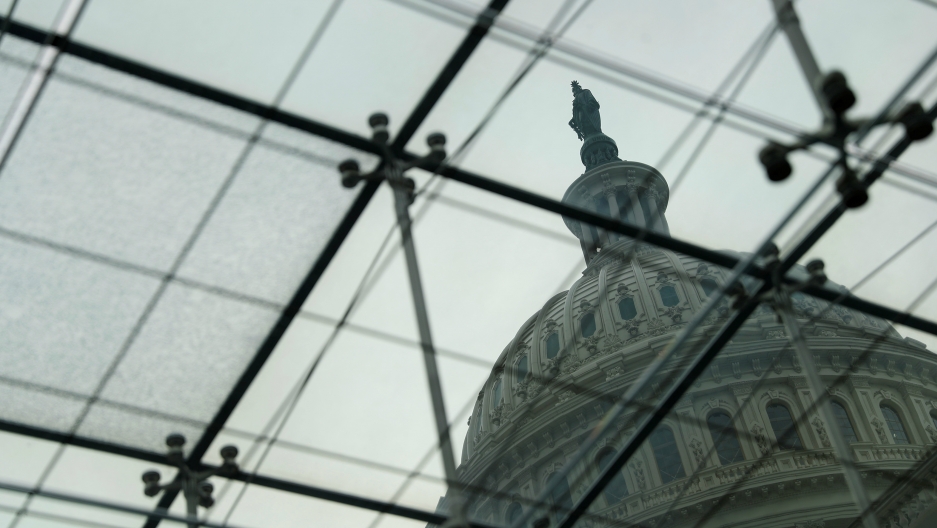 The US Capitol Building is seen from the Congressional Visitors Center in Washington, DC, Dec. 6, 2017.

Republicans in the Senate and House of Representatives are expected to vote within days on sweeping legislation that would overhaul the US tax system for the first time in more than 30 years.

President Donald Trump wants to sign tax legislation before year-end to notch the first major legislative win for majority Republicans since January when they gained control of the White House as well as Congress.

The following are key parts of the final bill, estimated to add just under $1.5 trillion to the US national debt over the next decade, or roughly $1 trillion after accounting for economic growth:

Pass-throughs: Creates a 20 percent deduction for the first $315,000 of qualified business income for joint filers of pass-through businesses such as partnerships and sole proprietorships. For income above that threshold, the legislation phases in limits that produce an effective marginal tax rate of no more than 29.6 percent.

Corporate minimum tax: Repeals the 20 percent federal corporate alternative minimum tax, which was set up to ensure that profitable corporations pay at least some tax.

Territorial system: Exempts US corporations from US taxes on most of their future foreign profits, ending the present worldwide system of taxing profits of all US-based businesses, no matter where the profits are earned.

Repatriation: Sets a one-time mandatory tax of 8 percent for illiquid assets and 15.5 percent for cash and cash equivalents on $2.6 trillion in U.S. business profits currently held overseas. That foreign cash pile was created by a rule that allowed foreign profits to be tax deferred if they were not brought into the United States, or repatriated, a tax rule that would be rendered obsolete by the territorial system.

Anti-base erosion measures: Includes provisions to prevent companies from shifting profits out of the United States to lower-tax jurisdictions abroad. These include an alternative minimum tax on payments between US corporations and foreign-related companies and limitations on the shifting of corporate income through transfers of intangible property, including patents.

Capital expensing: Allows businesses to immediately write off, or expense, the full value of equipment for five years, then gradually eliminates 100 percent expensing over a five-year period beginning in year six.

Interest deduction limit: Caps business deduction for debt interest payments at 30 percent of taxable income, without regard to deductions for depreciation, amortization or depletion.

Carried interest: Largely leaves in place the "carried interest" loophole that benefits private equity fund managers and some hedge fund managers, despite pledges by Republicans including Trump to close it. These financiers can now claim a lower capital gains rate on much of their income from investments held more than a year. The new legislation would extend that holding period to three years, putting the loophole out of reach for some fund managers, but preserving its availability for many.

Standard deduction: Gives taxpayers a tax break without having to claim itemized deductions. For eight years beginning in 2018, the standard deduction increases to $12,700 from $6,350 for individuals and to $24,000 from $12,000 for married couples under the legislation.

Inheritances: Increases the exemption for estate and gift taxes to $10 million from $5 million per person and indexes the new exemption level for inflation after 2011. That means even fewer Americans would pay the estate tax, but it would stay on the books.