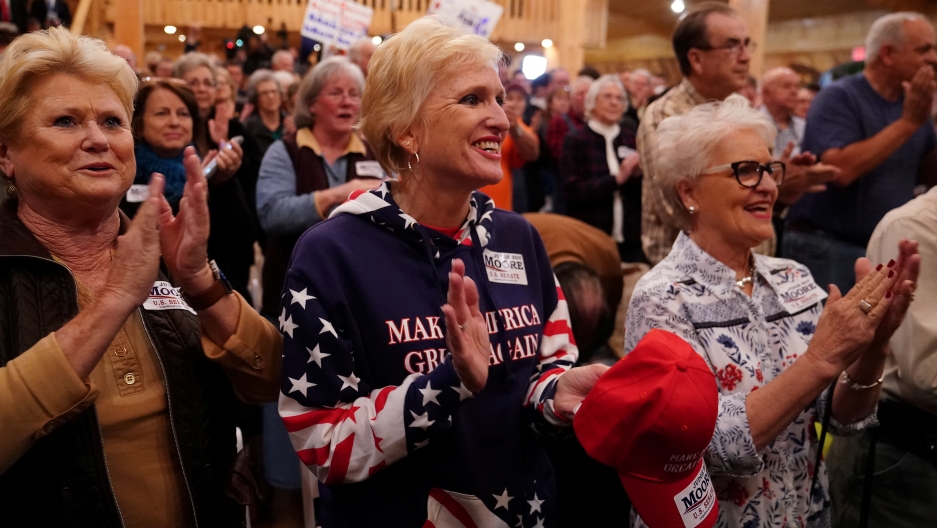 The difference for men was almost as stark: About 93 percent of black men supported Jones, compared to 26 percent of white men.

Related: Democrat Jones wins US Senate seat in Alabama in blow to Trump

And that sort of stark racial divide isn't unique to Alabama.

"What's disturbing is the degree to which those divisions are now being replicated throughout the country," says Gary Younge, the author of  "A Day in the Death of America." "In a way, America looks to me like it is becoming more southern than the South is becoming more like the rest of America."

Younge admits when it comes to racial polarization, Alabama's unique history puts it in a class of its own.

"Two hundred years a slave state, 100 years an apartheid state — it's only relatively recently in the last 50 years that Alabama has been a non-racial democracy," he says. "Alabama only formally legalized interracial marriage within the state 15 or 20 years ago. ... There's a reason why Rosa Parks came from there."

Younge traveled through several southern US states as part of his new documentary "Angry, White and American." A riveting moment in the film depicts Younge's encounter with white supremacist Richard Spencer.

Younge says during his stint as a reporter covering the US from 2003 to 2015, he watched divisions deepen.

"I saw the country become more and more divided on racial lines and philosophical lines, about what America was for, what its place in the world should be, what government should do," he says. "My guess is that a large number of white Alabamians thought, 'There go those liberal Yankees ridiculing us again, making things up, trying to undermine our way of life.'"

Younge says the "siege mentality" that has developed among some whites in Alabama has spread to other parts of the US, "to the point where you're only talking about a country in the sense that people share a flag and an anthem."

With his victory, Doug Jones became the first Democrat to win a statewide office in Alabama since 2008.