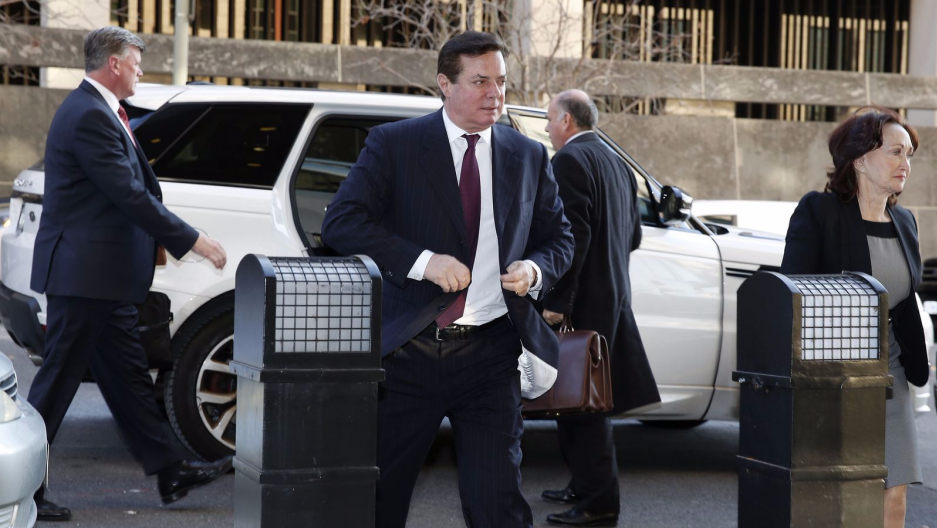 A US federal judge on Monday issued a stern warning to President Donald Trump's former campaign manager Paul Manafort to refrain from making statements to the media that could harm his right to a fair trial.

Jackson said she would consider any similar future behavior to be a violation of her Nov. 8 gag order not to discuss the case with the media or make public statements in ways that could affect its outcome.

She also stopped short of granting a request from Special Counsel Robert Mueller to deny Manafort's proposal for more lenient bail terms, saying she would take his proposal to lift his house arrest in exchange for posting four real estate properties as collateral under advisement and rule at a later date.

Prosecutors had previously asked her to deny his request, saying his behind-the-scenes ghostwriting violated her order and raised issues of trust.

"Mr. Manafort, that order applies to you, and not just your lawyer," Jackson said.

She added that the op-ed, while not published in a newspaper in the United States, could potentially taint a local jury pool because of the global nature of media.

"All that has to happen is for that favorable article, which is going to ... look on its face to be entirely independent, but is actually in part a message crafted and shaped by you ... is to have somebody you know post it on Facebook, Twitter or a blog, and you have accomplished your goal, given the power of retweeting," she said.

Manafort and his business associate Rick Gates are facing charges including conspiracy to launder money and failing to register as a foreign agent working on behalf of former pro-Russian Ukrainian President Viktor Yanukovych’s government.

Jackson set the next status conference hearing for Jan. 16.

She said she has some outstanding concerns about Manafort's proposed bail package, including the fact he relied on Zillow to come up with some of the property value estimates.

She also expressed frustration that the defendants were not always giving pre-trial services ample notice about their whereabouts, saying "it has to be more than an hour in advance."

Jackson added that Gates has repeatedly filed requests to get out of house arrest on the weekends to go to his children's sporting events, and she urged his lawyers to reach a bail agreement with the government so the court could "get out of the business of monitoring soccer practice."