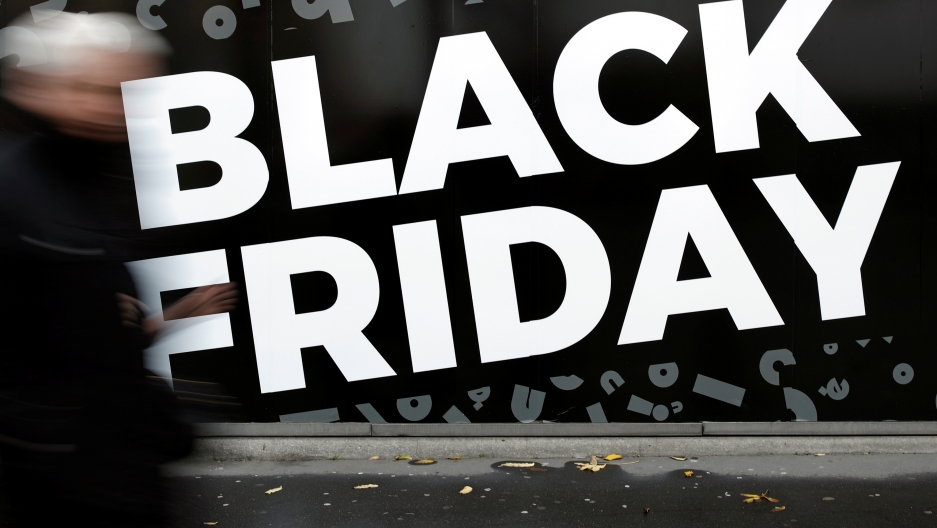 A man walks past a sign advertising 'Black Friday' sales on a retail shop window in Paris, France, Nov. 24, 2017.

Having adopted hamburgers, Halloween and a host of English words, some in France are worried about the latest cultural import from America: the day of rampant consumerism known as Black Friday.

Unheard of only a few years ago, the cut-price deals made the television news bulletins Friday as local retailers copied their American counterparts in trying to lure in shoppers ahead of the Christmas season.

According to a survey conducted for online shopping giant Amazon by the CSA polling group, 52 percent of French people said they planned to take part this year, up from just 21 percent in 2016.

And though there were none of the frenzied scenes usually seen in the United States of buyers fighting each other for TVs, for some in France the flurry of marketing and conspicuous consumption was too much to bear.

"I feel like we're importing a style of consumption which is sort of Anglo-Saxon," Sandrine Roudaut, an author and publisher on ethical buying, told AFP after taking to Twitter to vent her disapproval.

Like thousands of others, she used the hashtag #sansmoi (Without Me) and said she was spending no money Friday in a quiet personal protest against the mass binge-buying.

"I hadn't heard of this Black Friday thing before, but I find it sad," one French shopper, Pierre-Francois Grosjean, told AFP as he peered in the window of a FNAC electronics store in Paris. "It's another English word, it's annoying."

Creeping Americanisation is a longstanding source of concern in France, where successive governments have sought to shield the country's distinctive culture and language from British and American imports.

Though the battle for global linguistic dominance was long ago surrendered to English, France remains protective of its film industry, music, food and diplomatic clout, which are seen as an important counterpoint to US hegemony.

But Anglo-American influence has already seen both Halloween and Valentine's Day adopted by many French people, and some worried Friday that the Thanksgiving holiday and — scandalously — the idea of eating turkey could be next.

Already three-quarters of French restaurants offer the quintessentially American "le burger" on their menus, according to a study by the Gira Conseil food consultancy last year.

"But why are French retailers imposing this stupid #BlackFriday even though we don't even celebrate #Thanksgiving?" French researcher Laurence Nardon at the French Institute of International Relations wrote on Twitter.

Black Friday, held on the day after Thanksgiving, which is celebrated in the US on the fourth Thursday of November, was first aggressively marketed in Europe by online giant Amazon but has since been copied widely.

Frederic Martel, a sociologist and writer on global culture and media, said it should be seen as another example of the reach of American "soft power" which has had the greatest influence on global culture in the past century.

"American soft power isn't directed, which explains its impact," he said. "It's innumerable people — retailers, artists, the media — which all act in their own commercial interests with very powerful effects."

But others in France, already resistant to the idea of another American import, worry about the environmental impact of more buying at a time when concerns about climate change and pollution are rising.

Roudaut, for her part, hoped the spirit of Black Friday would be extinguished by changing buying habits.

"I think our society is in the process of changing, that we are now starting to ask questions about how we consume," she told AFP.

By Adam Plowright and Fabien Zamora