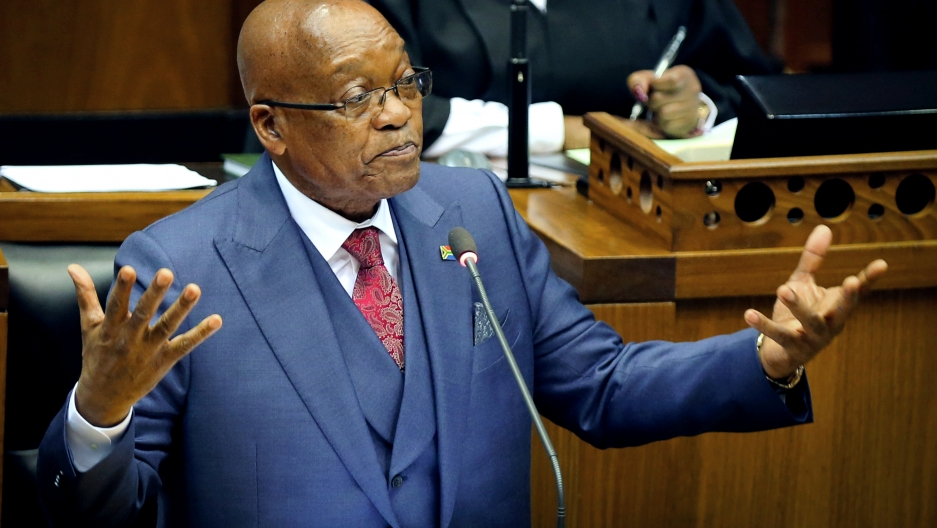 The new book “The President’s Keepers,” an investigative journalist’s look into President Jacob Zuma’s administration, has been flying off the shelves in South Africa.

Zuma is no stranger to accusations of corruption — he’s survived eight votes of no confidence in parliament — but the allegations in Jacques Pauw’s book are “explosive,” says journalist Kim Cloete.

“It’s been brewing for some time,” she says, “but this is sort of the first time that [the allegations] have been documented in such detail and exposed in this way.”

It’s already ruffled some feathers. Zuma has denied all allegations since it was published, and South Africa’s State Security Agency attempted to pull the book from circulation.

That backfired — sales spiked and PDF copies of the book began to circulate online — but the SSA is now attempting to bring criminal charges against Pauw.

“There’s still a very strong, kind of powerful thing around him to try and protect Jacob Zuma, but he’s certainly losing followers by the day,” Cloete says. “I think his time is running out.”

You can hear more about the allegations against President Jacob Zuma above.