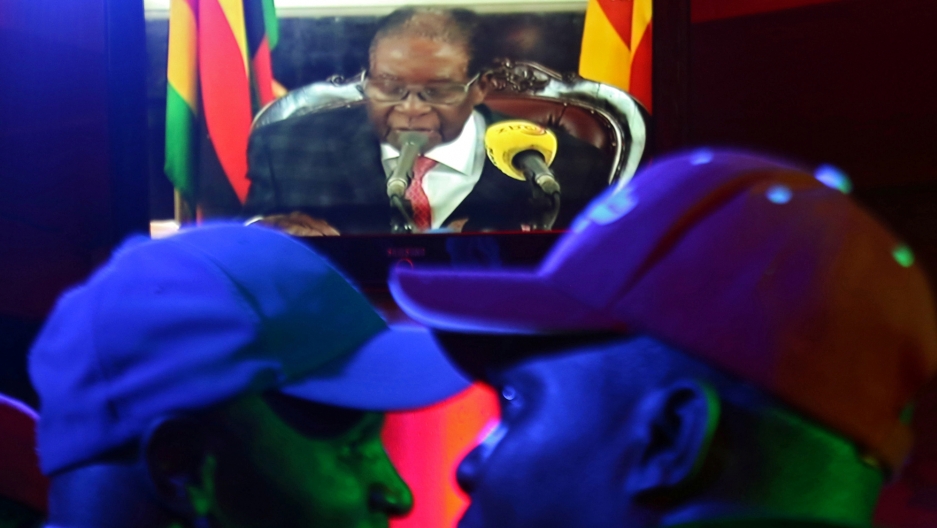 In a televised address late Sunday, President Robert Mugabe defied expectations he would quit, pitching the country into a second week of political crisis.

The 93-year-old veteran leader, now faces the prospect of impeachment on Monday after asserting he remains in control of the country.

The speech provoked anger and disbelief among many Zimbabweans, fueling concerns that Mugabe could face a violent backlash.

His once-loyal ZANU-PF party — who has already sacked him and told him to resign as head of state — had warned it would seek to impeach him if he failed to quit by midday.

The party's lawmakers, who will be needed to initiate any impeachment process, are expected to meet on Monday.

The army said it make a statement in response to the crisis triggered by Mugabe's refusal to go.

Mugabe's speech capped an extraordinary weekend that saw Zimbabweans celebrate and vent their anger in ways that would have been brutally repressed just a week ago.

But their joy quickly turned to despair as Mugabe brushed aside the turmoil, blithely declaring he would chair a top-level meeting of the party that had just disavowed him.

Hundreds of noisy demonstrators gathered at the University of Zimbabwe in Harare on Monday to call for Mugabe to stand down.

Morgan Tsvangirai, the leader of the main opposition Movement for Democratic Change, called Mugabe's speech a "complete reversal of the people's expectations."

"The so-called negotiation with the army did not produce the dignified exit that the nation was expecting."

Chris Mutsvangwa, head of the influential war veterans' association, called for less restrained protests than those staged at the weekend in an effort to dislodge Mugabe.

"This time there will be a sit-in. We are not going to be leaving Harare until this guy is gone," he said Monday, as he also threatened legal action against the president.

Though Mugabe has struggled with public speaking in recent years, the wily statesman appeared alert and attentive as he delivered his address.

"We will continue with the momentum to make sure Mugabe is history. It might take days and weeks, but Mugabe is on his way out," said Charles Muramba, a 46-year-old bus driver.

The crisis erupted on November 13 after a factional squabble over the presidential succession erupted into the open.

Mugabe's wife Grace, 52, secured prime position to succeed him when 75-year-old Vice President Emmerson Mnangagwa, who is close to the military leadership, was fired.

After he fled abroad, the army took over the country and placed Mugabe under house arrest.

The army has insisted its action is not a coup but is a police action to arrest allegedly corrupt supporters of the highly ambitious first lady.

In scenes reminiscent of Zimbabwe's independence in 1980, crowds packed the cities, waving flags and chanting for Mugabe to resign.

On Sunday ZANU-PF dismissed him as its leader and demanded he resign as head of state, naming Mnangagwa as the new party chief.

But impeaching Mugabe, who is the only leader most Zimbabweans have ever known, would require a two-thirds supermajority in both houses of Zimbabwe's parliament which is due to resume on Tuesday.

Mugabe seemed unfazed in his speech and made no reference to the hostile chorus calling for him to go, describing last week's dramatic military intervention as "no threat" to his rule.

"The longer this goes on for, the more the likelihood of violence increases."

Some sources suggest Mugabe has been battling to delay his exit in order to secure a deal that would guarantee future protection for him and his family.

Mugabe was a key figure in the war for independence and took office as prime minister in 1980, riding a wave of goodwill.

But his reputation was swiftly tarnished by his authoritarian instincts, rights abuses and economic ineptitude.