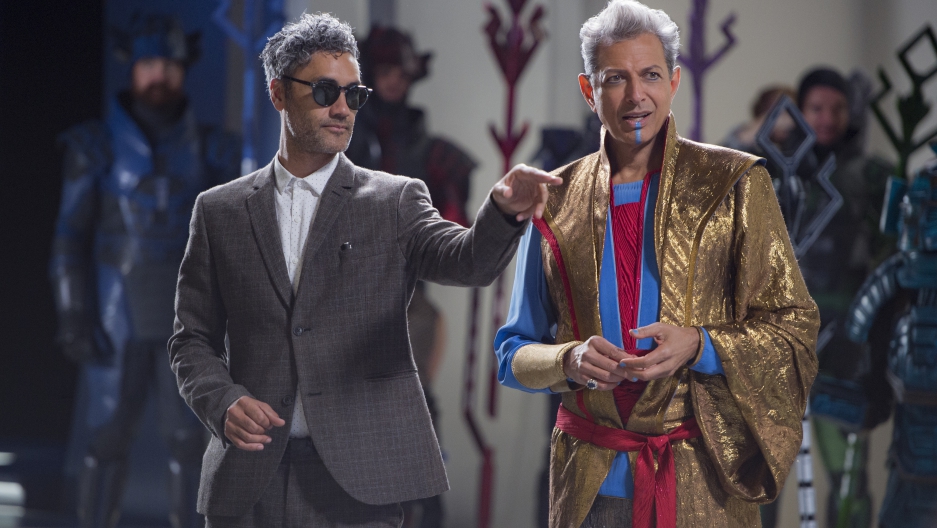 On set of “Thor: Ragnarok” with Director Taika Waititi and Jeff Goldblum as The Grandmaster.

The New Zealand film director Taika Waititi is best known for his low-budget, oddball comedies like “Eagle vs. Shark,” “What We Do in the Shadows” and “Hunt for the Wilderpeople.” So when he was picked by Marvel Studios to direct their latest superhero blockbuster, “Thor: Ragnarok,” The Hollywood Reporter called the move a “head-scratcher.”

But it turned out to be the perfect choice: While “Thor: Ragnarok” has all the obligatory computer-generated action sequences of a comic book flick, it’s a smart, character-driven comedy at heart — which is Waititi’s speciality.

Waititi talks to Kurt Andersen about the films that influenced his foray into the Marvel Cinematic Universe, and how he used improv to create the movie’s unique tone. “Superheroes aren’t supposed to talk like this,” he said. “But it’s actually texture and it’s flavor that actually endears you to the characters more.”