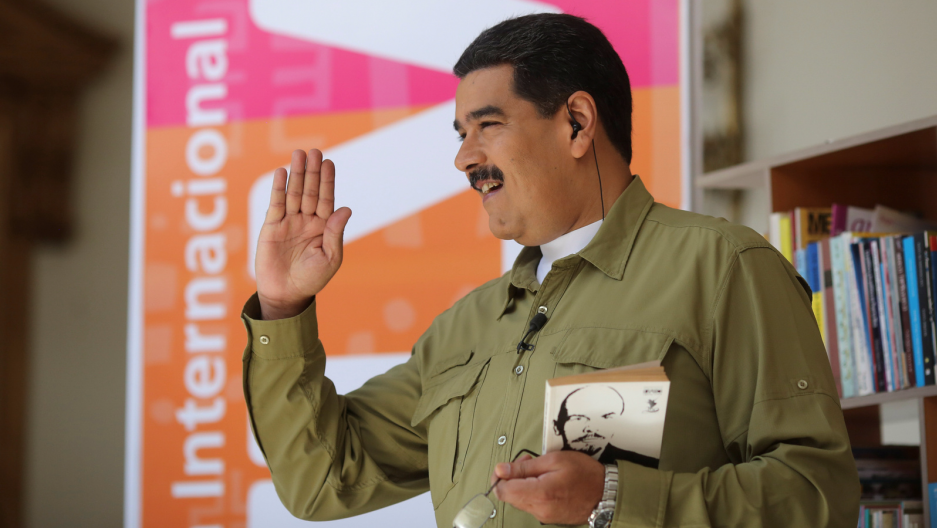 The country is seeking to restructure its foreign debts, estimated at around $150 billion, after it was hit hard by tumbling oil prices and American sanctions.

A Venezuelan delegation led by finance minister Simon Zerpa signed the deal restructuring $3.15 billion of debt taken out in 2011 to finance the purchase of Russian arms.

Under the agreement, Caracas will pay back its debts over ten years, with "minimal" reimbursements for the first six years, Russia's foreign ministry said in a statement.

"The reduction of the burden of debt ... will allow the utilization of funds to develop the country's economy, improve the debtor's solvency and increase the chances of all creditors recovering loans already made," according to the statement on the ministry's website.

"These are very favorable terms that Venezuela can honor. This deal strengthens the relations between our two countries," Venezuelan vice president for the economy Wilmar Castro Soteldo said at a press conference in Moscow.

But the goal of solvency seemed a distant one Wednesday after S&P Global Ratings said it had placed Venezuela's state-owned oil company PDVSA in "selective default" for failing to make its interest payments on some of its debt.

The ratings agency this week declared the country itself in selective default after it failed to make $200 million in payments on two global bond issues.

Fitch also downgraded PDVSA and cash-strapped Venezuela over delayed payments, but Caracas insisted it was in the process of paying up.

Caracas has only $9.7 billion in foreign reserves and needs to pay back at least $1.47 billion in interest on various bonds by the end of the year, and then about $8 billion in 2018.

Russia and China are the two main creditors and allies of Venezuela, which owes them an estimated $8 billion and $28 billion respectively.

In response to the downgrading by ratings agencies, Communications Minister Jorge Rodríguez said Venezuela was already catching up on the payments.

"We pay our debts, despite what the ratings agencies, the US Treasury, the European Union or [US President] Donald Trump say."

A committee of 15 financial firms meeting in New York meanwhile put off a decision for a third straight day on whether to declare a "Failure to Pay Credit Event" at PDVSA.

They will reconvene Thursday to determine whether holders of PDVSA debt with default insurance — credit default swaps — can collect payment.

PDVSA is vulnerable to creditors potentially moving to seize crude shipments or refinery assets abroad, particularly from its US subsidiary Citgo.

If a selective default spreads to other bond issues, particularly the nation's sovereign debt, the South American country would likely be declared in full default.

A full default — recognition that Venezuela is unable to repay its massive debt — would have enormous consequences for the country, whose population is already suffering severe food and medicine shortages because of a lack of money to import them.

But participants in a first meeting in Caracas on Monday said officials had given no concrete details on its plans.

A default can be declared by the major ratings agencies, big debtholders or the government itself.

Maduro is also under fire internationally for marginalizing the opposition, which controls the legislature, and stifling independent media.

The US called an informal meeting of the UN Security Council, where US Ambassador Nikki Haley slammed Venezuela as an "increasingly violent narco-state" that poses a threat to world security.

Venezuela's envoy to the UN, Rafael Ramírez, called the meeting a "hostile" act of US "interference."