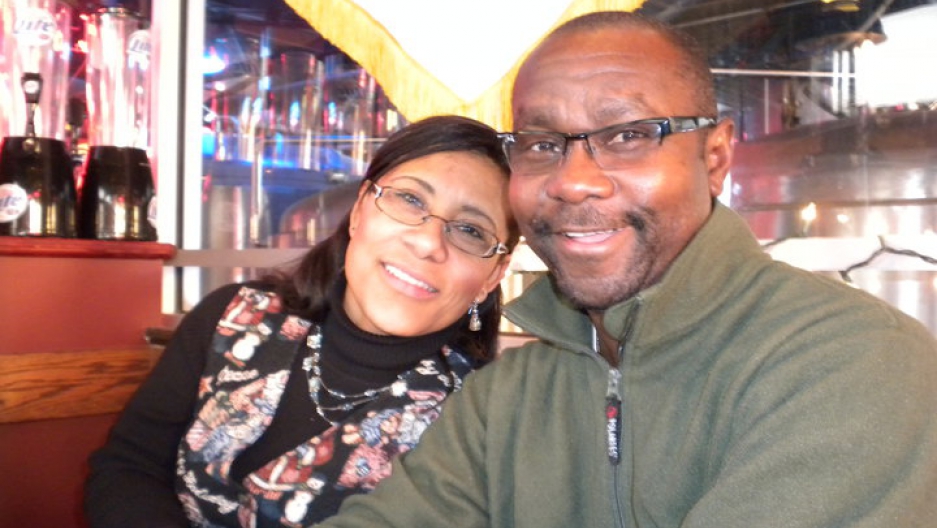 For Maddie, left, and Wilmot Collins, coming to the US wasn't easy. In their first few months in Montana, their home was graffitied with "Go back to Africa" and "KKK." But they stayed.

Wilmot Collins thought he was running for mayor of a small city with challenges he had a plan to address. What he didn't realize is that by actually winning the election he would also become an overnight symbol of what refugees can achieve in America.

Collins, who arrived in the US with his wife as refugee of the Liberian civil war, was elected the first black mayor in the history of Helena, Montana, on Nov. 7, unseating James E. Smith, a 16-year incumbent. Since then, Collins and his family have given dozens of interviews to new media.

"I ran a small campaign in a small city, and I don't know how it happened. They've blown it out of proportion, I think. Right now, I am still trying to adjust to this because I know I have a lot of work ahead of me,” he says. “The national media has been a total distraction when it comes to my city work."

PRI interviewed Collins in 2016, when he was working with a group called Soft Landing Missoula to help bring a refugee resettlement center to Montana. It was an issue that resonated with him because of his own experience as a refugee. He and his wife Maddie fled the Liberian civil war, first going to Ghana, in September 1990. It was a harrowing journey by boat and both of them were sick and had to be rushed to the hospital.

Four years later, they came as refugees to Helena, where Maddie had previously studied as an exchange student while in high school. The community rallied around them;, they threw the Collins a welcoming party. When someone scrawled racist graffiti on their home, the neighbors volunteered to wash it off. The family quickly settled, and now they have a daughter in the Navy and a son who attends the University of Montana.

The campaign to open a refugee resettlement center in Missoula was met with some resistance, but ultimately proved successful. Over 100 refugees have resettled in Montana in the last year, including Eritreans and an Iraqi man who fled when ISIS invaded his home town.​ 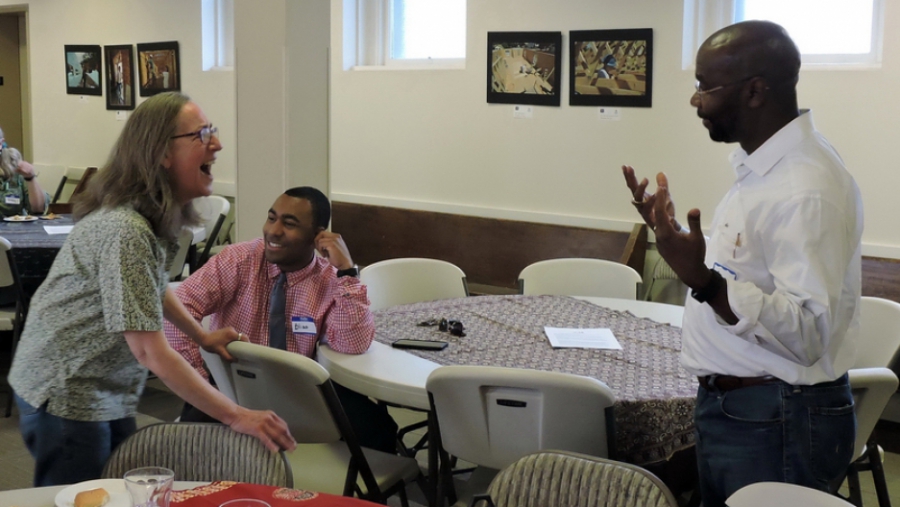 Hear Collins speak at a Soft Landing Missoula event on April 22, 2016. He told his story of escaping Liberia. "My wife said, 'Let's go to Montana.' I said, 'Where is that?'"

Collins tells refugees just arriving in Montana that, while it will occasionally be tough, they will find more decent people than not. And his belief in the basic decency of people in his home state was reinforced while he was door-knocking during the campaign. He had done it before for other candidates, but this time was different.

“When I finally decided to knock for myself, it was nerve-wracking. And, I'll be honest with you, we knocked on hundreds of doors. Like on my birthday, on Oct. 15, me and 20 volunteers knocked on over 700 doors and not once did we hear, ‘Get out of here,’” Collins says. “They were so polite. Even when they were not voting for you, they were still asking you questions. They were still being very polite. And that taught me that, wow, even though we disagree we can still be friends.”

Collins ran with a slate of two other progressive city council candidates, who also won on election day. He focused his campaign on bread-and-butter issues for municipal elections: fully funding city services and first responders, affordable housing and homelessness.

“The people of Helena decided to vote for change,” he says, but he ultimately believes the election was more about getting things done on a local level than it was about setting historical precedents.

“Those are issues that touched our community, and they saw that and said, ‘You know, this is the route we want to go. We can't just be silent anymore.’"