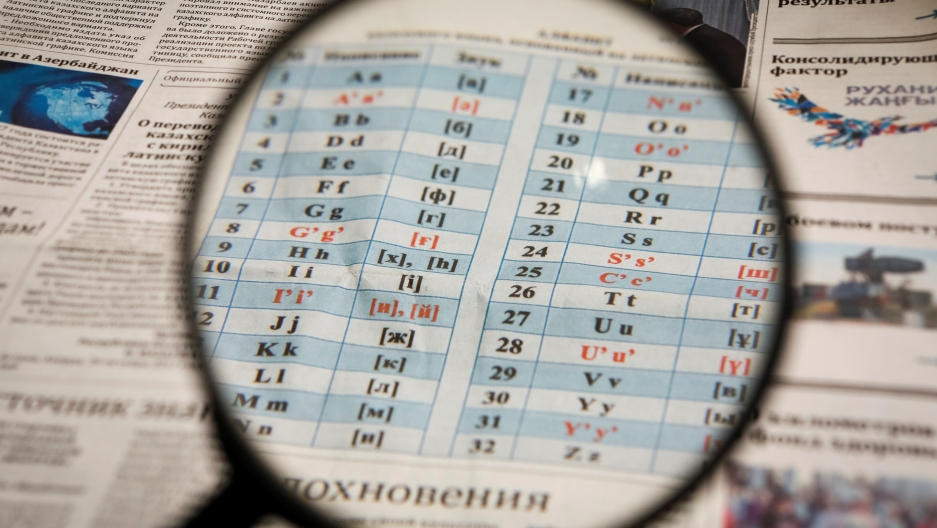 An illustration image shows the new Latin-based Kazakh alphabet published in a newspaper in Almaty, Kazakhstan, on Oct. 27, 2017.

What’s a good way to distinguish your country on the world stage? Try chairing a prestigious international security organization, or maybe hosting a global exposition showcasing its budding economic potential.

Kazakhstan has already done both. Now it’s got another plan, even if it’s somewhat unconventional: adopting a new alphabet.

By ordering the Kazakh language transition from a Cyrillic alphabet to a Latin-based one by 2025, President Nursultan Nazarbayev is betting on a bunch of letters to help his country of around 18 million bolster its national identity, ditch its Russian and Soviet colonial past and better integrate itself in the modern world.

It’s part of a long-term modernization plan by the president to turn this strategic former Soviet republic in Central Asia — still home to a stifling political culture and largely dependent on oil exports — into a more open and developed country.

Recent steps have included widespread privatization aimed at selling off lucrative state assets to foreign investors, as well as devolving more powers from the presidency to parliament and the cabinet.

“Now,” says Uli Schamiloglu, a professor at Nazarbayev University in the Kazakh capital Astana, “he wants to have a cultural and spiritual modernization.”

That means pushing a unique historical narrative and promoting the local language as key pillars of Kazakh identity. For most of the 20th century, predominantly Muslim Kazakhstan had been under Soviet rule, which although responsible for industrializing the vast country, also diluted its cultural character.

In fact, Russian is still the country’s lingua franca, as well as an official language, and only about two-thirds of the population is fully fluent in Kazakh.

Some observers suspect the driving force behind the country’s new linguistic switch is the government’s desire to distance itself from Russian influence, especially amid Moscow’s recent militaristic resurgence.

Nazarbayev has long promoted “Kazakhification” while also balancing relations with Russia, the West and China. But according to Edward Schatz, a professor of political science at the University of Toronto who studies Central Asia, he’s also avoided antagonizing Moscow because of Kazakhstan’s long land border with Russia as well as its significant Slavic population.

“The move to a new alphabet is a significant step made possible,” he says, “because the government has demonstrated a geopolitical loyalty to Russia that won’t be shaken by changes on the cultural front.”

Whatever the motivation, switching things up won’t be easy, even if Kazakhstan has been here before. During the early years of Soviet rule, it switched its alphabet twice — from Arabic to Latin, then from Latin to Cyrillic — within little more than a decade.

These days, critics are complaining about the amount of apostrophes needed to modify the alphabet — which will now be written in 32 letters, thanks to those extra apostrophes, as opposed to the current 42 — in order to emulate complex Kazakh sounds.

Still, few observers expect anything more than minor headaches over the move. A local newspaper and official documentation have reportedly already been issued in the alphabet. Schatz adds that while people might “drag their feet and refuse to comply,” it might only take a generation for the Latin alphabet to feel natural, providing the political will is still there.

But while the burden will clearly be on Kazakhs to navigate their own language, the rest of the world will also need to get used to calling it “Qazaqstan.” 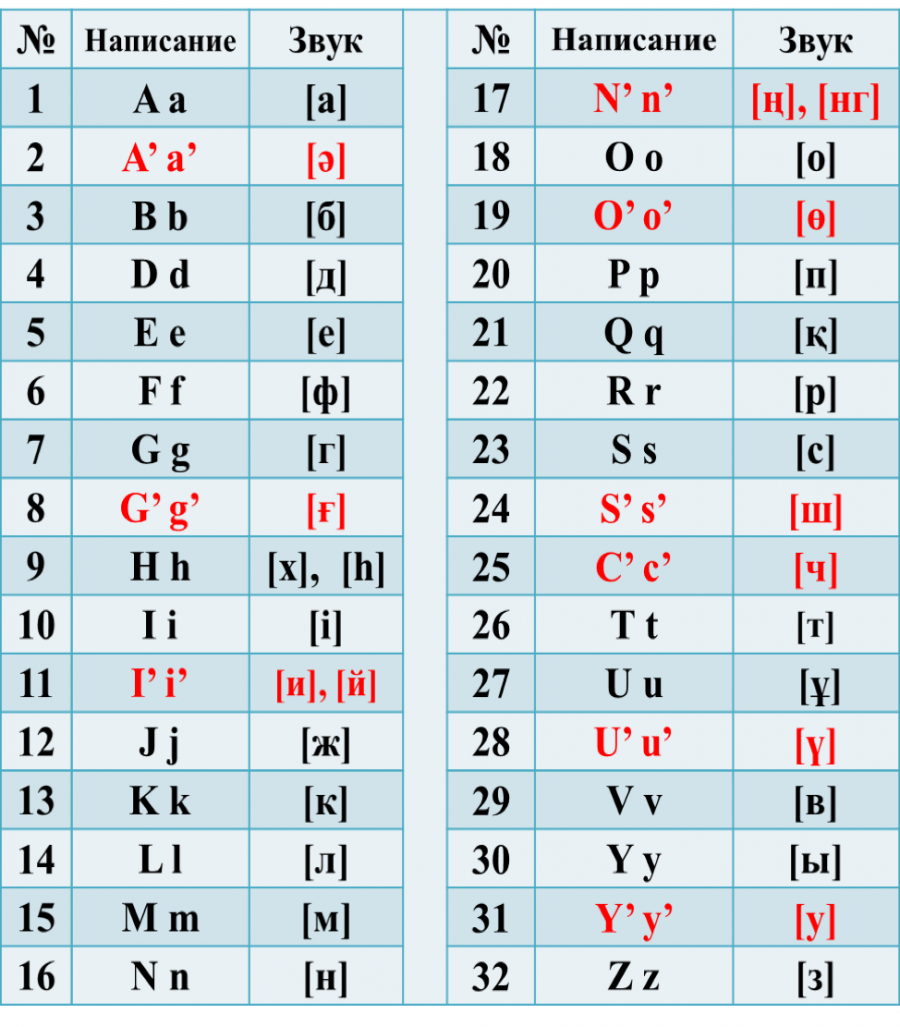