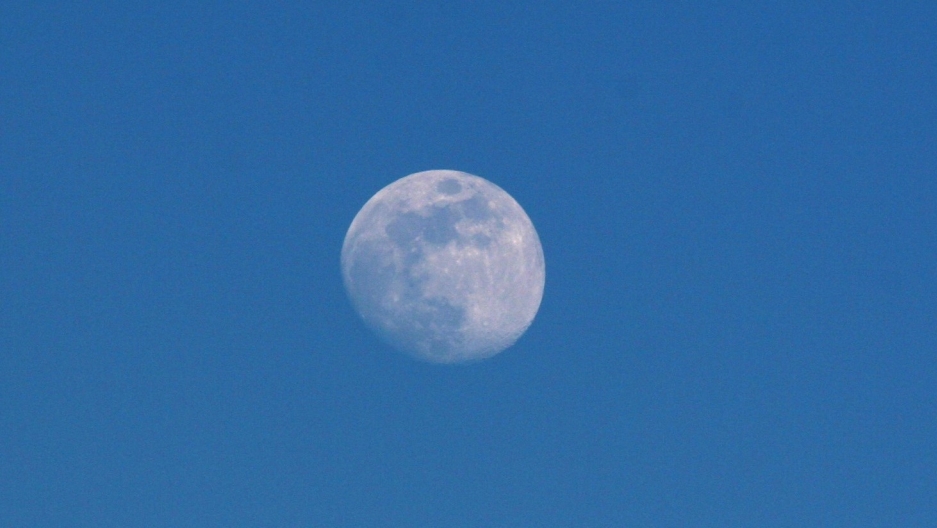 The Trump administration has signaled its interest in returning Americans to the moon.

The United States’ newly revived National Space Council recently met for the first time, and in a speech before the council — tasked with setting the country’s space agenda — Vice President Mike Pence called for a return to the moon and the development of a base there.

“It was a little more specific than his last speech when he went to Kennedy Space Center earlier this year and said, ‘We are going to the moon,’” says science journalist Loren Grush. “This one was more, ‘We're putting American boots on the moon and we're going to establish a foundation there, and then we'll go deeper into space and onto Mars.’”

Grush, who reported on the story for The Verge, explains the Trump administration’s lunar aims are a departure from space policy under former President Barack Obama, which focused on getting Americans to Mars.

“I definitely think this is much more of a political shift in terms of the priorities of this administration, and you can read into it what you will,” she says. “I think one major reason for the shift is you have the executive director of the National Space Council, which is Scott Pace, and he's made it very clear that he thinks NASA is a great tool for international cooperation. And right now in the international community, the moon is hot — a lot of state agencies want to go there.”

Russia, the European Space Agency, Japan and China are all interested in lunar missions, she says. For the Trump administration, “I think it could be a very smart international or geopolitical tool if they do it correctly,” she adds. “I don't know if that's exactly what they're doing — they haven't really elaborated on it. But it seems to be the case.”

How would the Trump administration fund a return to the moon, anyway? As Grush points out in her article, NASA in 2005 estimated the cost of another lunar mission at over $100 billion — and with an administration that’s been pushing for spending cuts, she says a simple increase to NASA’s budget isn’t likely. “One of the main criticisms of the journey to Mars, too, is the lack of funds for everything else that we're going to need,” Grush says. “I mean, the money wasn't there for a Mars lander, so it’s definitely not there for a lunar lander yet, either.”

Another option for financing a lunar mission would be to slash funding for other NASA programs and, according to Grush, two NASA programs are particularly vulnerable right now. One is the Earth science program, which uses satellites to study systems like our oceans, climate and atmosphere.

“Many space advisers for the Trump administration have talked about getting rid of the [Earth science] program completely and transitioning all of NASA’s satellites to NOAA,” she says, using the acronym for the National Oceanic and Atmospheric Administration. “However, Earth science doesn't take up a lot of the budget, so you’re probably going to need even more money than what [it’s] taking up. So I think a big point of contention is going to be the International Space Station — that's a $3 billion to $4 billion-a-year program.”

The Space Station is currently slated to operate through 2024, but experts have concluded it could last longer. “It just depends on what the administration wants to do,” Grush says. “And you know, they’ve already had talks about this. There’s the possibility of handing it over to the private sector and having commercial companies take on that cost of operating it, but that's a lot of cost.”

In her article, Grush considers the likelihood of a third funding option: leveraging public-private partnerships to drive down the cost of a lunar mission. “A lot of these companies are developing their own vehicles with their own private investment and their own profits,” she says. “Yes, they do want some NASA money, but they are putting in a lot of their own investment and it’s going to be so much cheaper to develop, and so much cheaper to launch.”

One problem there, though, is that NASA is already working on its own ride: the Space Launch System rocket and its crew vehicle, Orion, which are being developed for deep space missions. SLS and Orion have many backers in Congress, Grush says — and, as she writes, they could “easily be used” for a lunar mission instead. But they’ve been incredibly expensive to develop — costing upwards of $3 billion per year.

“Then you get into that problem of well, we have spent a lot of money on these vehicles over the last decade to just cancel them,” she says. “I'm sure there would be an uproar. But at the same time it’s like, do we actually want to get things done?”