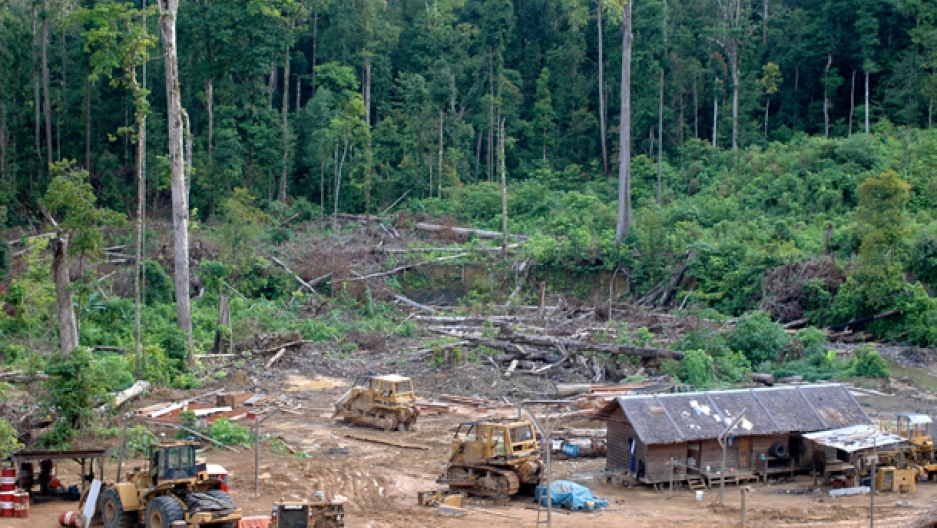 Conventional wisdom has long held that tropical forests soak up carbon dioxide and help blunt the impact of industrial greenhouse gas emissions. But new research finds that the tropics are now adding to the problem of global warming faster than they can absorb excess carbon.

In other words, tropical forests are now a net carbon source rather than the carbon "sinks" they were previously thought to be.

The new research, recently published in Science Magazine, finds that the world’s tropical forests have annual net carbon emissions of 425 teragrams. For some perspective, that is more than the total annual emissions from cars and trucks in the US and almost as much as the entire US transportation sector.

Related: There's more CO2 in the atmosphere now than any point in almost a million years

The best way to calculate the carbon-sequestering capability of a forest is to measure all the living matter in the habitat, known as biomass. But since the areas the scientists looked at are so vast, this was obviously impractical, Bassini says. So, they combined representative samples from a variety of areas with satellite observations to obtain their results.

“If you are able to use your field data to calibrate a statistical model that relates [that data] with the measurement from a satellite, you are in good shape,” he explains. “[Then] you can actually generate an estimate of the carbon density.”

Human activity is the biggest threat to the continued ability of tropical forests to store carbon. While deforestation has for years been the primary concern, Bassini says his research was also, for the first time, able to quantify losses due to degradation and disturbance.

"Until now, the focus has been on deforestation and we knew that there was something more happening,” he explains. “This study is showing how [the] removal of single trees here and there, and just the mortality of trees in the forest, results in a significant amount of loss.”

The United Nations program Reducing Emissions from Deforestation and Degradation, or REDD, has been a positive initiative, Bassini says, but scientists have had difficulty reporting on the second “D” — degradation. The results of Bassini’s study show that “almost 70 percent of the emissions in the tropics are actually coming from the second ‘D,’ from degradation,” he says. “So, from a policy point of view, if you only focus on deforestation, you tackle only part of the problem.”

Degradation is driven by anthropogenic activities — for example, selective logging and the harvest of wood for energy — and natural forces such as fires and mortality from drought, insects, and disease. The next step, Bassini says, is to try to better understand how much each is contributing to the problem.

While the results of the study are somewhat disturbing, Bassini also sees good news. Since we now know that these forests are net sources of carbon, the world can take steps to “invert this trend,” he says.

“If we are successful, we will be able to remove quite a bit of carbon from the atmosphere and, in my view, forests are the only technology that is ready, safe and available at such a scale to fight climate change,” he explains. “While you do that, you don't only remove carbon from the atmosphere, but you also conserve biodiversity, you improve the quality of water and you provide shelter and life to a lot of people — indigenous people or people in developing countries that use and need this type of ecosystem to live.”