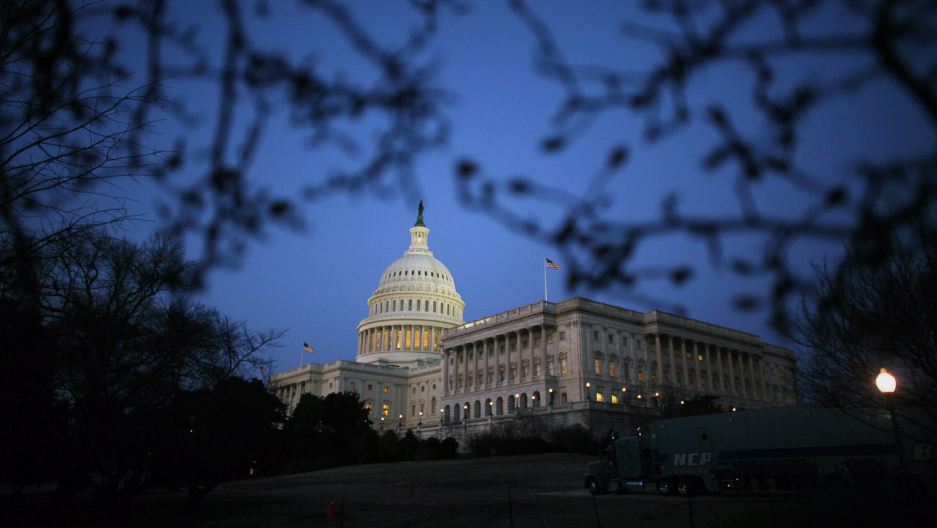 Social media companies are set to testify before the US Senate Judiciary Committee on Tuesday, Oct. 31, 2017.

US internet giants go before Congress on Tuesday with new data showing the success of Russian fake news operations, the day after bombshell indictments in a US probe of Moscow's meddling in the 2016 presidential elections.

Google, Facebook and Twitter were reported to be armed with information showing many millions of Americans were exposed to the fake news, far more than previously thought.

The new data, revealed in testimony leaked late Monday ahead of the hearings in Congress, is expected to give the broadest picture yet of the Russian effort to spread discord across US society.

It comes as the first indictments in a US probe into Russian attempts to sway the 2016 presidential elections were reverberating through Washington.

One of three indictments unsealed by US special prosecutor Robert Mueller revealed early contacts between Kremlin-linked figures and a former advisor of President Donald Trump's campaign.

In Moscow, Russian Foreign Minister Sergei Lavrov insisted Tuesday the US accusations of election-meddling were being made "without one piece of evidence."

The scope of Russian use of US social media to spread divisive messages is expected to figure prominently in a Senate Judiciary Committee hearing Tuesday, and House and Senate Intelligence Committees Wednesday.

Leaked testimony by three companies shows that Russian activities were far greater than they had previously reported.

Twitter has found that nearly 37,000 automated "bot" accounts with Russian links generated 1.4 million tweets that were seen by a potential 288 million people in the three months before the Nov. 8, 2016 presidential election, according to a source familiar with its planned testimony.

Facebook says some 126 million US users, a potentially huge portion of the voting public, may have seen stories, posts or other content from Russian sources, media including the Wall Street Journal and Recode reported.

The top legal officials from all three are expected to face intense questioning on how they plan to counter such operations, which analysts say were part of a broader effort last year to help Trump defeat Hillary Clinton.

"Foreign governments like Russia — in the 2016 election cycle — were deeply involved in manipulating popular social media websites with misinformation to sow discord among Americans," Senator Lindsey Graham, a member of the Judiciary Committee, said in a statement Tuesday.

"The manipulation of social media sites by terrorist organizations and foreign governments is one of the greatest challenges to American democracy and a significant threat to our national security in the 21st century."

But all three social media firms face the difficult challenge of keeping their platforms open, in order to avoid accusations of censorship and bias, and not becoming the curators of truth in society.

The three have already begun taking measures to try to screen out manipulative Russian content. Researchers have identified efforts in the past year that aimed to make white Americans angry at blacks, to hurt the image of feminists, and other such targeting that may have hurt Clinton and helped Trump.

"This decision was based on the retrospective work we've been doing around the 2016 US election and the US intelligence community's conclusion that both RT and Sputnik attempted to interfere with the election on behalf of the Russian government," Twitter said.

Google said Monday it had found "some evidence of efforts to misuse our platforms during the 2016 US election by actors linked to the Internet Research Agency in Russia."

"We're committed to finding a way to stop this type of abuse, and to working closely with governments, law enforcement, other companies, and leading NGOs to promote electoral integrity and user security, and combat misinformation," the company said.