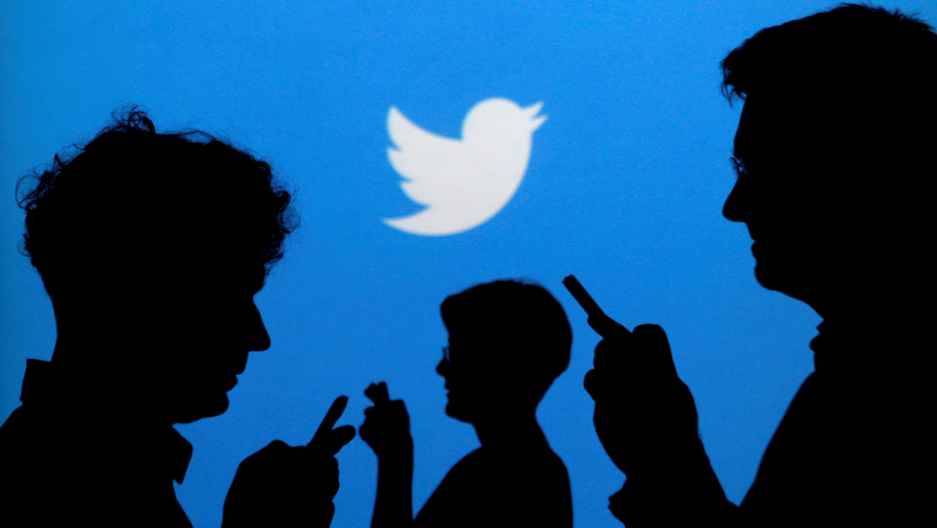 People holding mobile phones are silhouetted against a backdrop projected with the Twitter logo in this illustration picture taken in Warsaw Sept. 27, 2013.

Twitter announced Thursday it was banning advertisements from Russia-based media outlets RT and Sputnik, in response to US intelligence findings that the groups sought to spread misinformation during the 2016 presidential elections.

A Twitter statement said the decision was made "as part of our ongoing commitment to help protect the integrity of the user experience on Twitter."

The response comes amid increased pressure on Twitter and other internet firms to police their platforms, after a series of disclosures showing how Russia-backed entities sought to sow discord and spread false information to manipulate public opinion ahead of the 2016 presidential vote.

"Twitter has made the policy decision to off-board advertising from all accounts owned by Russia Today (RT) and Sputnik, effective immediately," the San Francisco company said.

"This decision was based on the retrospective work we've been doing around the 2016 US election and the US intelligence community's conclusion that both RT and Sputnik attempted to interfere with the election on behalf of the Russian government."

Twitter said RT and Sputnik may remain "organic users on our platform, in accordance with the Twitter rules."

Twitter also said it would donate the estimated $1.9 million it received from the two Russian groups since 2011 "to support external research into the use of Twitter in civic engagement and elections, including use of malicious automation and misinformation."

Last month, the company apologized for allowing the use of automated accounts or "bots" that spread disinformation during the campaign.

It identified dozens of accounts that contributed to this effort, including from RT. It noted that RT spent $274,100 on Twitter ads in 2016 to promote its tweets regarding news stories.

Responding to the latest announcement, RT editor-in-chief Margarita Simonyan called Twitter's move "highly regrettable" and said it could lead to retaliatory measures towards US media.

“I never thought that Twitter is under the control of the US security services — it seemed like a conspiracy theory," she was quoted as saying on the news site. "But now Twitter appears to have admitted it.”