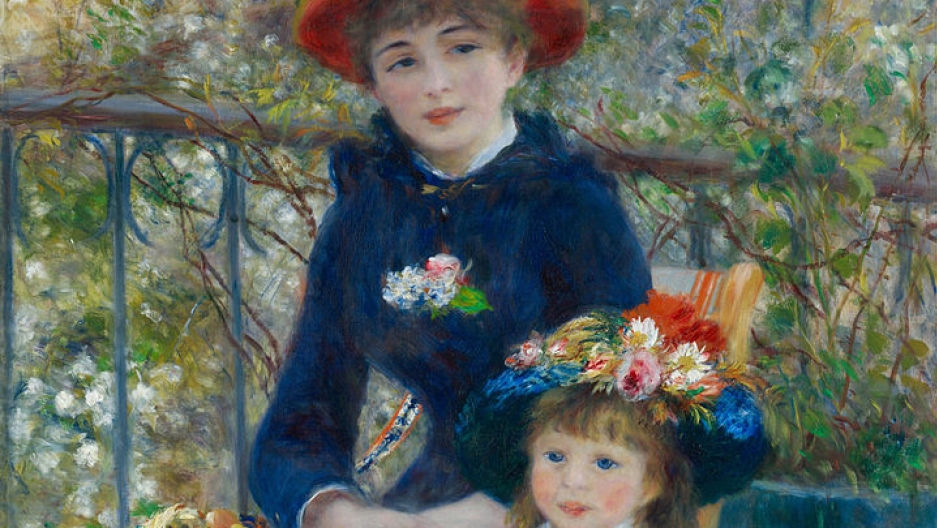 A cropped image of Pierre-Auguste Renoir's "Two Sisters (On the Terrace)."
Credit:

According to a former Trump biographer, the US leader claims to own the original "Two Sisters (On the Terrace)," an oil-on-canvas painted by the French master Pierre-Auguste Renoir in 1881.

But the Art Institute of Chicago begs to differ.

"I'm happy to confirm that it's in our collection," museum spokeswoman Amanda Hicks told Agence France-Presse by email Monday. "We're proud and grateful to be able to share this exceptional painting with our 1.5 million visitors each year."

An identical work, which Trump asserted to be the original, was displayed in his private jet and seen as recently as last year inside his New York home, according to biographer Tim O'Brien.

O'Brien told Vanity Fair magazine earlier this month that he saw the painting while conducting interviews for his 2005 book "TrumpNation: The Art of Being the Donald."

The biographer, who Trump unsuccessfully sued for asserting that his net worth was as low as $150 million, corrected the self-proclaimed billionaire.

"It clearly was a knockoff," O'Brien told the magazine's Hive podcast, adding that he told Trump: "I grew up in Chicago ... that's not an original."

Trump continued to insist that his painting was authentic, O'Brien said.

The White House did not immediately respond Monday to a request for comment.

The Chicago museum lists the Renoir as having been donated in 1933 by a local art collector, who bought it from a Paris art dealer, who in turn had purchased it from the artist himself in 1881 for 1,500 francs.

This is not the first authenticity controversy to dog the real estate mogul turned president.