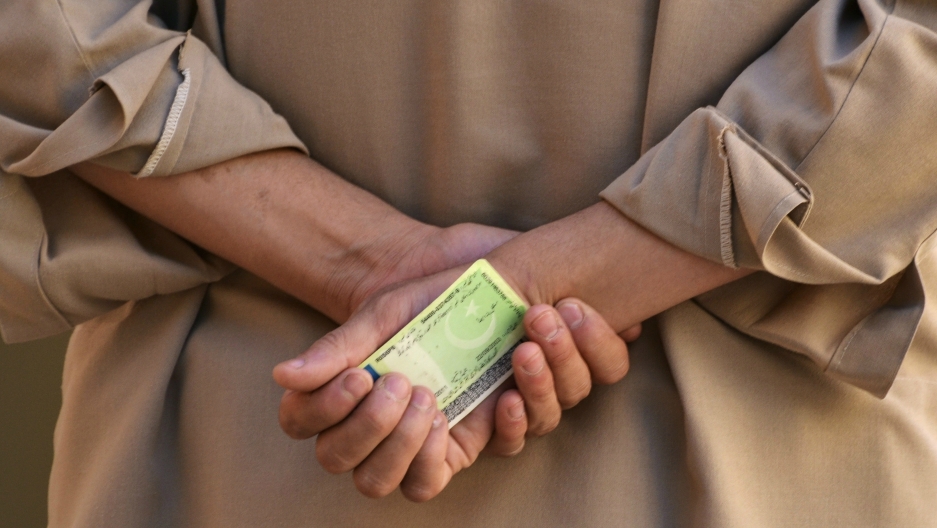 A voter holds his national identity card as he waits to cast his vote at a polling station in Quetta, Pakistan, May 11, 2013.

The issue leaves a significant fraction of the global population deprived of health and education services.

Among these "invisible people" — many of whom live primarily in Africa and Asia — more than one-third are children susceptible to violence whose births have not been registered, the World Bank's "Identification for Development" (ID4D) program recently warned.

Vyjayanti Desai, who manages the ID4D program, said the issue arises from a number of factors, but cited the distance between people and government services in developing areas as major.

For populations near the Peruvian Amazon, for example, traveling to an administrative service can take some five days of transit by boat, according to Carolina Trivelli, Peru's former development minister.

Many families are also simply not informed about the importance of birth registration — and the consequences of non-registration, which can include the denial of basic rights and benefits, or an increased likelihood of marrying or entering into the labor force underage.

And even if parents are aware of the need to declare a birth, costs can be crippling, said Anne-Sophie Lois, representative at the United Nations in Geneva and director of the children's aid organization Plan International.

As a result, millions of children in Africa and Asia first encounter the administration only once they reach school age.

But "birth certificates are often needed to enroll in school" or take national exams, Lois said.

The political climate also discourages many families from allowing themselves to be officially identified.

"People fear to be identified from one ethnic group or from one nationality," said Trivelli. "The government has sometimes — sadly — preferences for some groups rather than another."

And in many countries, births of children born out of wedlock or as a result of rape are sometimes deliberately concealed for fear of discrimination.

In China, avoiding birth registration was also deliberate for years for fear of repercussions due to the one-child policy.

Beyond being barred from attending school, these children can fall prey to violence ranging from forced labor for boys to early marriage for girls, denounced by UNICEF in a 2013 report.

These children can also fall victim to human trafficking.

"The legal invisibility of unregistered children makes it more likely that their disappearance and exploitation will go unnoticed by authorities," Lois said.

To combat this immense problem, organizations are patiently working on the ground to identify these "invisible" people.

Digital technologies have provided a tremendous boost, Lois said, as a way to "increase registration, provide legal documentation of vital events and produce statistics that are complete and accurate."

Trivelli said it also helps that "technology is getting lighter — you can go to the people with very small devices" to gather biometric data on the ground.

Plan International, which launched the campaign "Every Child Counts" in 2005, has contributed to the registration of more than 40 million children in 32 countries.

The organization developed a digital strategy: Village leaders can download a mobile app capable of notifying the government of births and deaths in their villages.

"Digital birth registration systems not only provide children with a legal identity but also provides governments with a continuous source of information through the collection of data," Lois said.

"This allows them to plan effectively for all services that a child needs, including vaccination programs and education."

The World Bank recognizes, however, that centralized identification systems could expose vulnerable groups to risks linked to misuse of their personal data.

"We are very cautious," Desai of ID4D emphasized. "To have a legal framework in place that protects privacy and personal data is key."