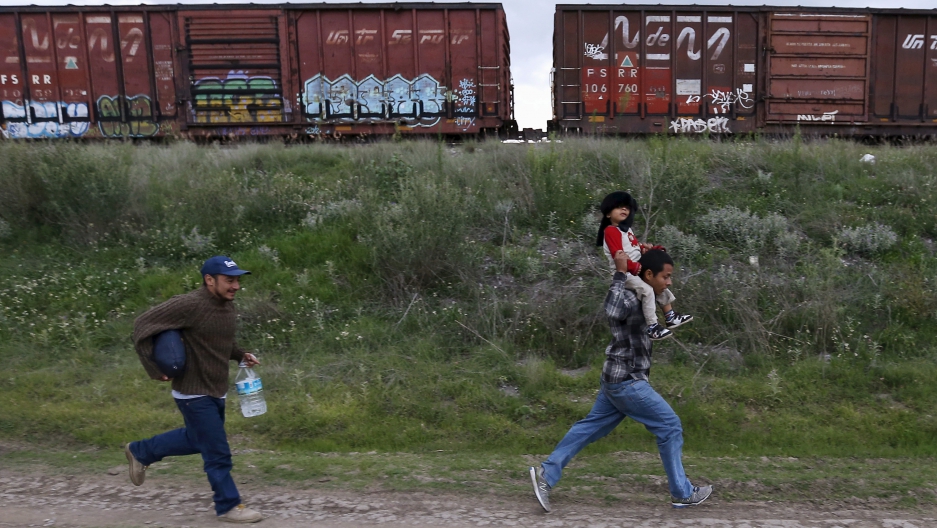 A Salvadoran father carries his son tries as he tries to board a train with another immigrant and head to the Mexico-US border, in Huehuetoca, near Mexico City.

Migrants trying to slip across the border into the US jettison all sorts of things on their long and difficult trip.

Photo frames, stuffed animals, bloody socks — at some point they all become too much to carry.

The items might seem like refuse, but collecting, cataloging and studying them can tell us a lot about the immigrant experience.  So says the University of Michigan's Jason De León, who is using the tools of archaeology and anthropology to analyze the migrants' castoffs.

This week the MacArthur Foundation recognized De León's work with a "genius" grant.

"We've recovered a lot of objects that I think are really emotionally impactful," De León says. "Baby shoes, diaper bags, baby bottle. One of them is an empty picture frame that we found in the desert that says 'Number One Dad!'"

Still, he says it can initiate an important discussion.

"People are able to think about migration in a maybe a different way, if they're forced to confront the shoes and the bloody socks and the water bottles and the material remains of this difficult experience," he says. "I'm hoping that by collecting the stuff and documenting it that we can maintain some historical accuracy."

Listen to the full interview for more on De León's work and his explanation of why crossing the US-Mexico border has become even more deadly.