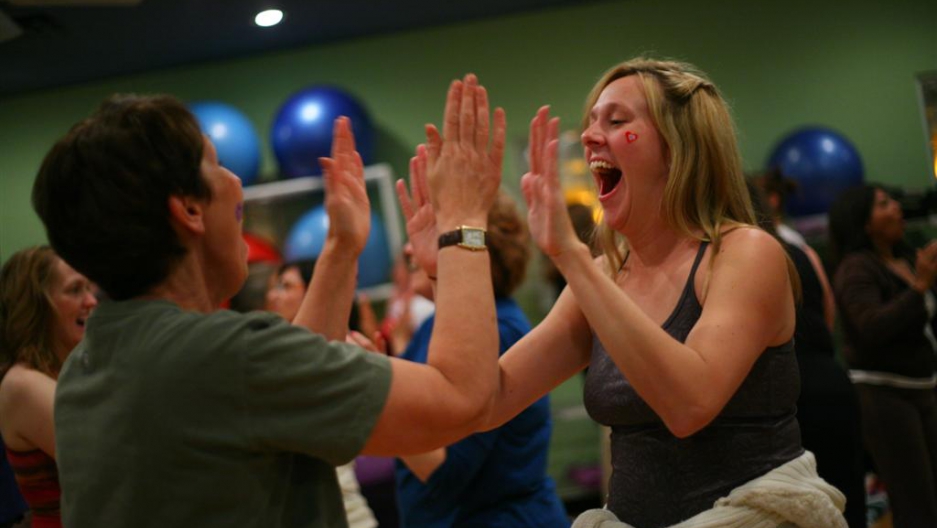 The practice of laughter yoga began in 1995, when it was invented by Madan Kataria, a doctor in Mumbai, India. Today its practitioners attend one of thousands of classes offered all over the world. They say they gain health benefits, including stress reduction and an improved immune system.

Kurt Andersen and Mary Harris, a health reporter at WNYC, were curious so they decided to attend a class in New York. It was through an organization called Yogalaff, and it was held in a chiropractor’s office in the basement of an office building.

It wasn’t what they had expected at all. For starters, laughter yoga is not like conventional yoga. There are no mats, and no one does downward dog poses or headstands. It’s more like improv comedy exercises, where everyone pretends to do something silly like speak gibberish or roar like a lion. As for the laughter — it’s more like making the sound of laughter. That fake laughter, ideally, turns into real laughter.

“I first want to say that there’s no wrong way to laugh,” said Jonathan Applefield, who was leading the laughter yoga class that night. “So if you don’t feel like laughing, it you fake it, we fake it till we make it.”

A guiding principle of laughter yoga is that the body doesn’t differentiate between real and forced laughter, and the health benefits achieved are identical.