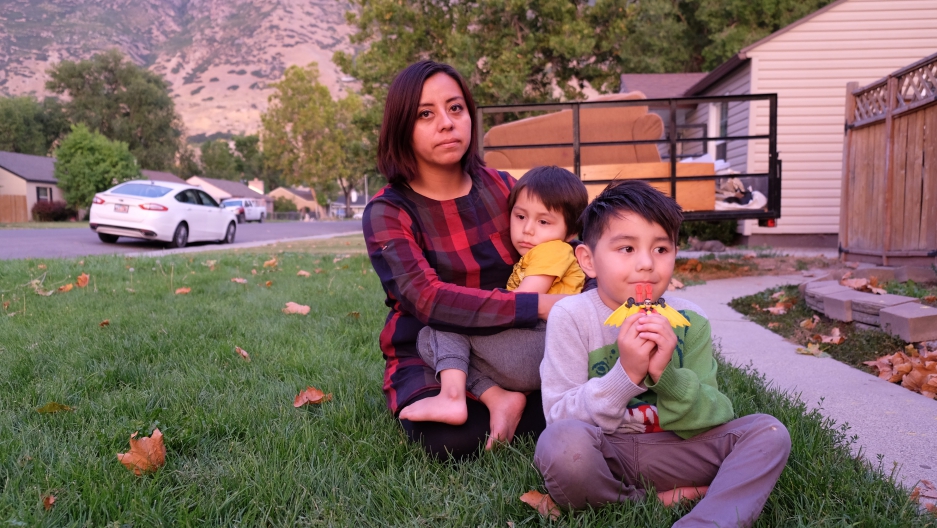 Since the Trump administration announced it was ending the DACA program, undocumented immigrants brought to the US as children have had decisions to make. Laura López, with her two children in Provo, Utah, is eligible to renew her status for two more years but has decided not to.

When US Attorney General Jeff Sessions announced on Sept. 5 that DACA — Deferred Action for Childhood Arrivals — would be rescinded, Laura López felt it in a physical way. The temporary relief that DACA offered was gone.

López, 29, says she first applied for DACA because she’s lost jobs without the required paperwork. When the program was announced in 2012, she had a 2-week-old baby. He was sleeping in her arms as she watched Barack Obama explain that DACA would allow those who qualified to apply for a work permit, go to school and be protected from deportation.

“Seeking a type of protection through DACA was a relief,” López says. But her protected status is set to run out soon. About 154,000 DACA recipients like her, whose status expires before March 5, are eligible to apply to renew by Oct. 5 and get an extension of their DACA status for another two years.

But López has decided not to reapply. She thinks it wouldn’t help her all that much.

“Since I’m married to a citizen, and I have my kids, my lawyer has told me I have a stronger case not to get deported,” she says. And López, who lives in Provo, Utah, now owns her own small business, so she can’t get fired. It’s an unusual position. Most people López knows who have DACA, including her sisters, are relying on it for work. One of them has already reapplied.

“You know, my undocumented siblings, they depend on it,” she says. “They can’t continue their careers, and they can’t feed their families without it. I just can’t imagine myself going through something like that.”

At The University of Utah, lawyers are volunteering their time to consult with undocumented students. Alonso Reyna Rivarola, the coordinator of the Dream Center on campus, has DACA status that expires in August 2018. Rivarola and the lawyers here are advising students to reapply for DACA if they can while bills move through the House and Senate for a legislative solution.

“If you have that opportunity to be protected for another two years while we wait for a decision to be made in Congress, then do it,” Rivarola says. “It’s an opportunity to continue studying, working, saving money or ... just continue living the most normal life you can.” 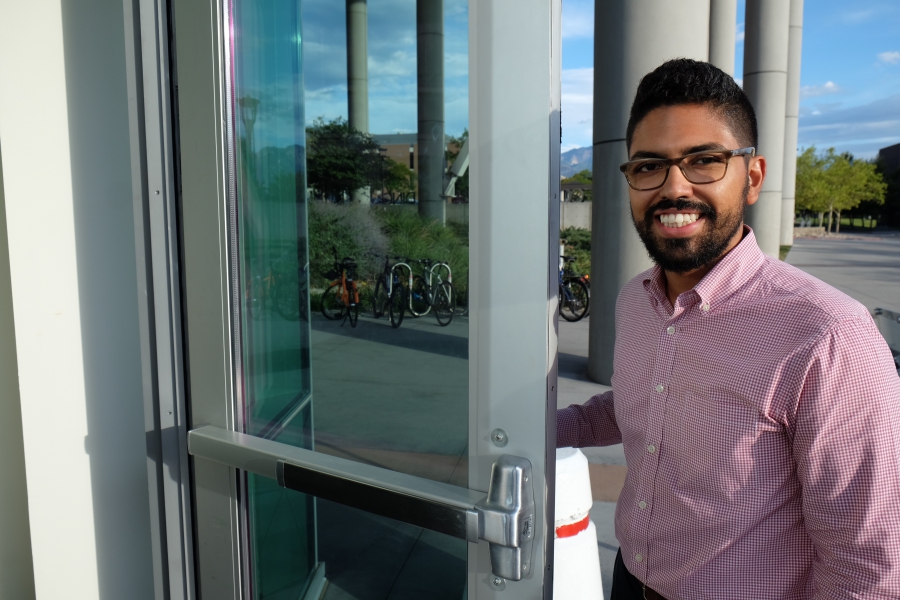 Alonso Reyna Rivarola is a DACA recipient himself. Though he is not eligible to renew his status one last time, he is helping students at The University of Utah extend their protection from deportation for as long as they can.

“We see students who have been always in this interesting world, where they have to excel academically and in every single way, shape and form in their lives in order to be validated. Those expectations are so high, and the anxiety of DACA going away is so real, I’ve seen people definitely struggling with mental health.” Rivarola says he’s seen severe anxiety and panic attacks. He says people shouldn’t feel like they need to suffer alone.

David W. Pershing, president of The University of Utah, wrote in a message after the announcement about DACA that his institution is resolute. "I want you to know that the University of Utah is unwavering in its commitment to undocumented students (with or without DACA), many of whom are feeling tremendous fear and anxiety as a result of today’s decision," he wrote.

López is one of the almost 800,000 undocumented immigrants who arrived in the US as children who have received the benefits of DACA. She says she’s been experiencing stomach pain and difficulty sleeping ever since Donald Trump was elected president. It’s a familiar feeling from childhood when her father first left their home in Mexico and then when she followed him to the US as a teenager.

“I do have an anxiety,” López says. “I was diagnosed in the spectrum of PTSD. I was told that it’s because of the experiences I’ve had ever since we’ve arrived here, but ... the stomach pain has been stronger lately.”

“When you had that protection, you weren’t thinking about it so much,” she says, as her voice cracks. “Then when it got taken away, I guess is when my body started reacting even worse. I think it will calm down. I want to calm it down before anything worse happens. If I happen to get deported, I need to be able to cope with that, without waiting on a document to define my mental health.”

“I’m hoping that in the six months that Congress has been given to do something, they think about something better than DACA. DACA only covered a certain group of people, not everyone.”

She wipes away tears before going inside to see her two young boys, who are US citizens, and her parents, who are not.

Follow: More about Laura López, and her journey during the Trump administration.