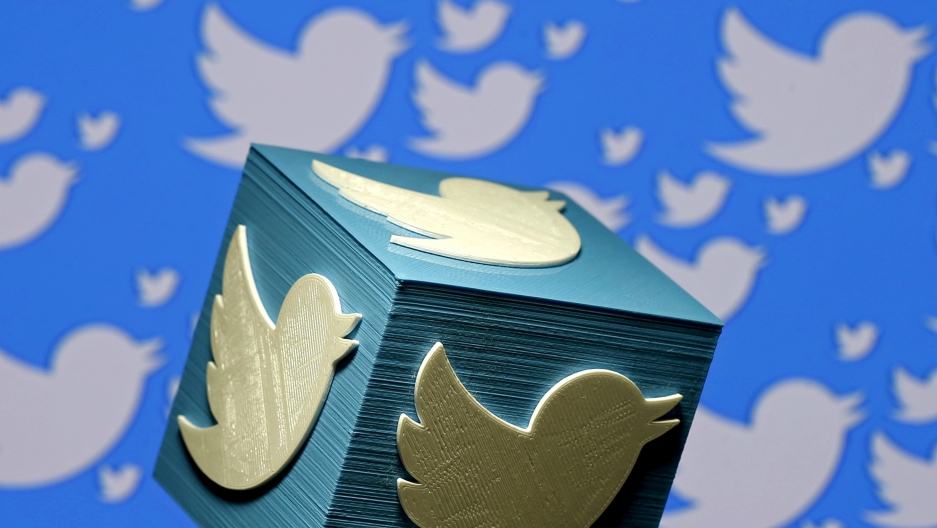 A 3-D printed logo for Twitter is seen in this picture illustration.

Following weeks of escalating tensions and hostile statements between the US and North Korea, over the weekend, President Donald Trump warned North Korean leaders that they “won’t be around much longer” if they continue to threaten the US.

Just heard Foreign Minister of North Korea speak at U.N. If he echoes thoughts of Little Rocket Man, they won't be around much longer!

North Korean officials have since said Trump's tweet amounted to a declaration of war, and many social media users have called on the platform to remove the post, claiming it violates user guidelines.

Under Twitter’s user agreement, users are prohibited from making “violent threats (direct or indirect)." Accounts violating the terms “may be temporarily locked and/or subject to permanent suspension,” according to the rules.

The company would not confirm whether the president’s tweet violated the platform’s rules, Recode reports. But for now, it appears Trump’s tweet is there to stay, thanks to its “newsworthiness.”

In a series of tweets, the company said newsworthiness is one of the factors it considers when determining whether a post is in violation of the platform’s rules.

THREAD: Some of you have been asking why we haven't taken down the Tweet mentioned here: https://t.co/CecwG0qHmq 1/6

“I think Twitter made the right decision to leave these tweets [on the platform],” said Matthias Lüfkens, who founded Twiplomacy and now tracks how world leaders, governments and foreign ministers use Twitter and other social networks.

Lüfkens says public dialogue between world leaders on social media has been "very civil," with few exceptions, and called Trump's use of Twitter "very unusual."

Still, he said the president's remarks — in their unfiltered form — are of public interest to many US citizens and leaders around the world.

“The problem is not necessarily in what he’s saying but that he’s the president saying it,” Jillian York, a free speech advocate at the Electronic Frontier Foundation told The New York Times. “If that sort of speech were censored for everyone, I would have a big problem with it. It would be very much a violation of the spirit of freedom of expression to not allow me to critique a union leader or a journalist or a president.”

Some social media users criticized Twitter for creating a “double standard” for the president's tweets (which are, arguably, always newsworthy).