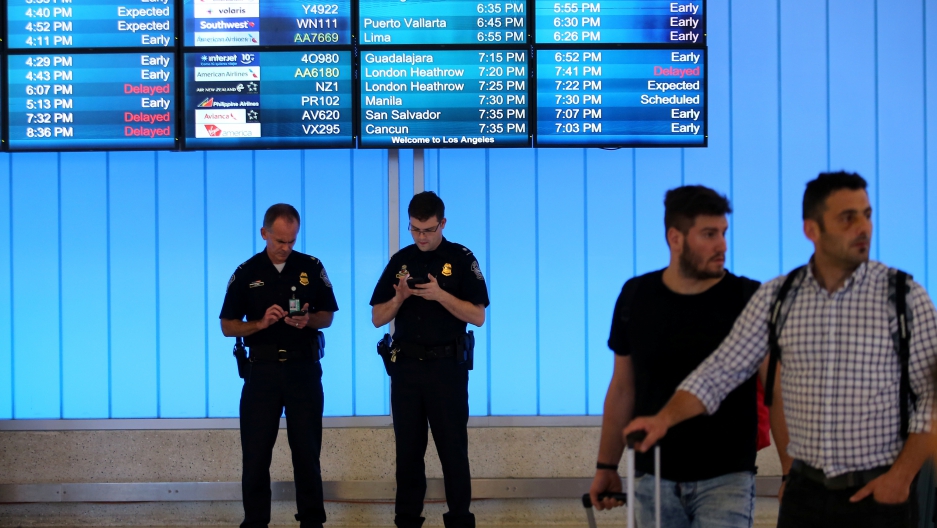 President Donald Trump didn't let his travel ban expire on Sunday. Instead, he beefed it up and made it open-ended. Travel Ban 3.0, as some are calling it, bars people from six Muslim-majority countries, plus Venezuela and North Korea, from entering the US.

In the case of Venezuela, only government officials are affected. As for North Korea, it's hard to imagine a ban really having much effect, given how few North Koreans even try to make their way to the US. So, this ban seems focused primarily on folks from Chad, Iran, Libya, Somalia, Syria and Yemen. They feel singled out, as one might imagine.

One bright spot is Sudan, which was included in Trump's previous travel bans. It's not on the new list. But there may be a hitch there.

Some Sudanese in the US had special temporary protected status (TPS) that kept them from being deported. The Sudanese program, introduced during the Clinton administration, was eliminated by the White House last week. The timing may not have been coincidental.

Becca Heller, director of the International Refugee Assistance Project, says, "The government ended temporary protected status for Sudan, suggesting that the government of Sudan was pressured into agreeing to accept massive numbers of deported Sudanese nationals from the US in exchange for being dropped from the travel ban.”

Formerly protected Sudanese inside the US are now worried that they face deportation. "My advice to the Sudanese and people from different parts of the Muslim world is to be vigilant," says activist Deborah Almontaser, "because we just don't know what this administration is capable of doing."

Almontaser, a Yemeni American living in New York, is on the board of the Yemeni American Merchants Association. She heard from many Muslim Americans in the hours after the White House released Trump's proclamation on Sunday. And while it will take days for journalists and lawyers to unpack the 6,500-word document, Muslim immigrants from Chad, Iran, Libya, Somalia, Syria and Yemen are taking note of the sections that affect them.

"I think what President Trump right now has done is try to whitewash the Muslim ban by adding countries that are not Muslim-majority countries," says Almontaser, "and it's really unfortunate, because no matter how you clean the travel ban, as he calls it, it still smells and looks like a Muslim ban."

Almontaser is part of a team planning protests that were to coincide with a Supreme Court hearing scheduled for Oct. 10 to review the 90-day travel ban that just expired. On Monday, the Supreme Court took the unusual step of taking those hearings off its docket.

In the coming days, Almontaser — and Muslim rights activists across the US — will be coordinating their response. "We're organizing rallies across the country," she says, "because ultimately, this development will have impact from the steps of SCOTUS to Honolulu. You'll see strikes and people going to the streets, just like after the first Muslim ban."

Almontaser remains determined to get out the word. "The cancellation will not deter our determination to be seen and heard," she says. "We have now decided to take our 10/10 national action and move it to 10/18, the start of the president's discriminatory travel ban."