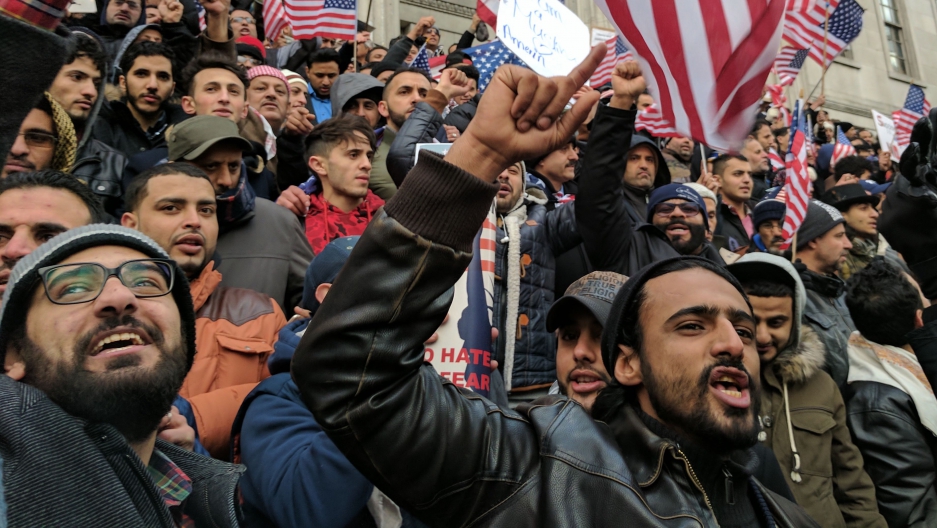 Bodegas in New York shut down on Thursday to protest President Donald Trump's executive order restricting immigrants and refugees from coming into the country.

New York is called the "City of Immigrants" for good reason, as more than 3 million of its residents were born outside the US. So when President Donald Trump signed an executive order banning travel and immigration to the US by people from seven Muslim-majority nations, numerous protests erupted at airports and other places around the city.

Cab drivers briefly stopped picking up passengers at John F. Kennedy International Airport. And on Thursday, Yemeni bodega owners, declared a strike, too. They closed for eight hours, from noon to 8 p.m., to express their dismay.

A strong statement considering that, in New York, the bodega is a sacred institution. It's like a souped-up corner store, stocking everything from Advil to egg-and-cheese sandwiches to cat litter. It’s where you get your coffee in the morning and your six-pack of beer at night. And they’re always open — in snowstorms, hurricanes — until yesterday.

“We have the right to protest,” said Nadher Muharram, who owns a store in downtown Brooklyn. “We have to practice our democracy.”

Muharram is originally from Yemen. He became a US citizen about a year ago.

"Why do we come here? We come here for freedom. Why you limit us? Why do you make me strange in the country?” Muharram said. “I want to be like you. If you have the right, I have the right."

I went to Muharram’s shop just before he closed for the day. It’s called Metro Finest Deli, and it's surprisingly luxurious. Two chandeliers hang from the ceiling, and cheery blue and purple lights set off a massive salad bar. 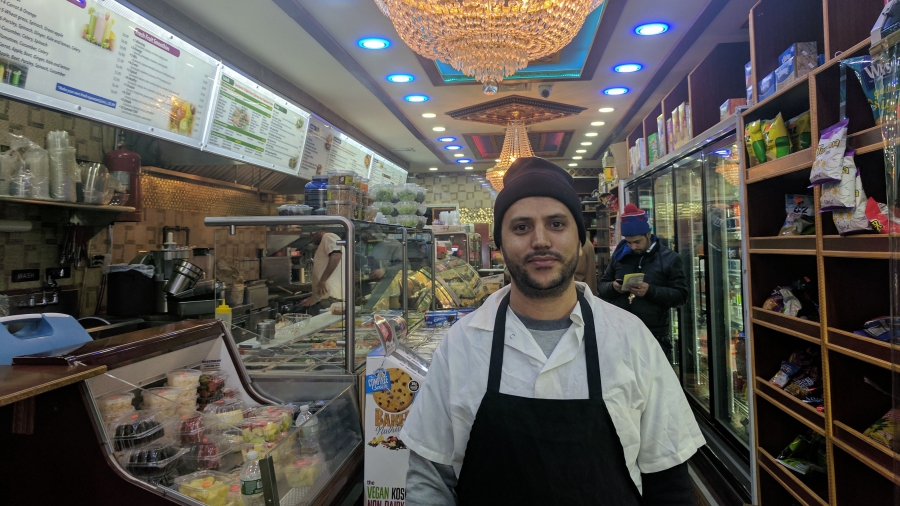 Nadher Muharram, who owns a store in downtown Brooklyn, felt it was his civic duty to join the strike.

Back in Yemen, Muharram taught English until the civil war escalated, and he sought safety and opportunity in the US.

Now, Muharram, 34, feels under threat again. He believes that Trump is targeting people like him — Muslims, Muslim Americans — in effect, saying, "You don’t belong here."

Now, Muharram says, having family and friends visit is impossible, at least during the order’s 90-day duration. He worries that if he doesn’t protest now, maybe the ban won’t end in 90 days and that Trump might expand it to include more countries.

So, at noon across New York, shop owners pulled down their stores' corrugated metal gates. Some shop owners put up signs explaining why they were protesting; their families or friends were detained at the airport or stranded abroad.

Some neighbors stuck notes of solidarity to the bodegas' doors.

This was Muharram's first protest in the US. He guessed it cost him about $2,000 in sales for the day, but he felt that joining in the strike was his duty as an American.

He and a crowd of several thousand gathered in downtown Brooklyn, on the steps of Brooklyn Borough Hall. For Muharram, the rally was just a short walk from his store, but other shop owners, many of them older men, traveled for an hour or more on the subway to join the protest.

Ayman Abdulla, who came to the US in 1996, also Yemeni, owns a bodega in the Bronx. "We come to defend the Constitution because what Trump did is unconstitutional," he said. "It's going to affect a lot of people. It separates families," he said.

When taxi drivers & bodega workers strike, that's powerful: they're the cultural fabric of NYC. Let's stand with them! #bodegastrike pic.twitter.com/m4Qlg99Ik1

Teenagers climbed on each other's shoulders and waved Yemeni and American flags.

The throngs of people chanted, “No ban, no wall, USA for all.”

As the sun set, an imam sang the call to prayer and row after row of men knelt down on the pavement and prayed.