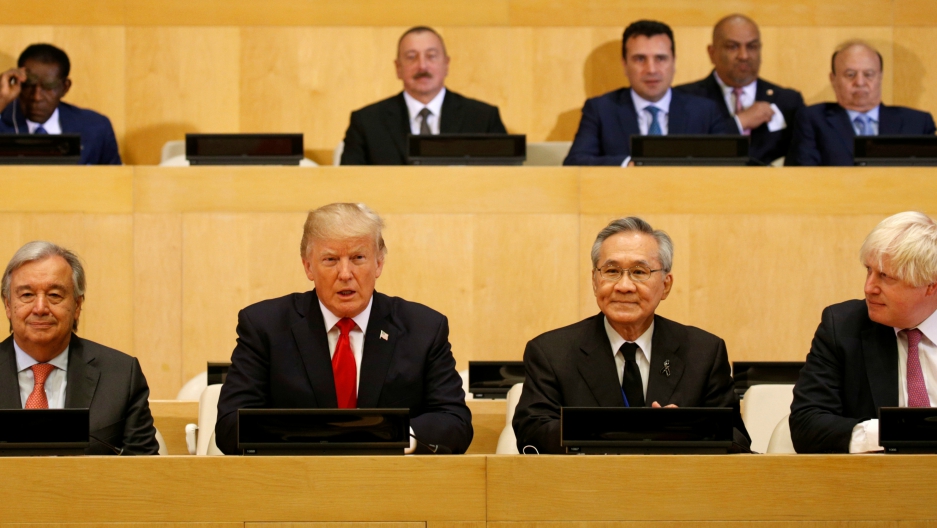 The annual summit brings together thousands of world leaders, diplomats and advocates. This year, a long list of issues — including North Korea's nuclear program, the Iran nuclear deal, and the Paris climate accord — are expected to come up during talks and debates.

How will the president fare during a week full of diplomatic talks?

The World’s Marco Werman checked in with Colum Lynch, who reports on the UN for Foreign Policy magazine.

"Everybody has been a bit anxious about you know, what President Trump might say," says Lynch. "There's a bit of concern that he might go off-script, that he might rattle some nerves."

Lynch says that Monday morning, at President's Trump's first speech to the UN, he was "pretty much on his best behavior."

"I think one of the things other UN delegates are trying to do is to create as inviting atmosphere as possible here for Trump, so that he doesn't go off-script."

Although climate change will be an important topic on the agenda, the US administration will not attend those "high-level meetings."

"Part of the push from other delegations is to get the Americans to reverse course or at least show some softening in terms of its positions on, the one hand, climate change but also on Iran," says Lynch.

Listen to the rest of Colum Lynch's predictions for the General Assembly on The World, above.