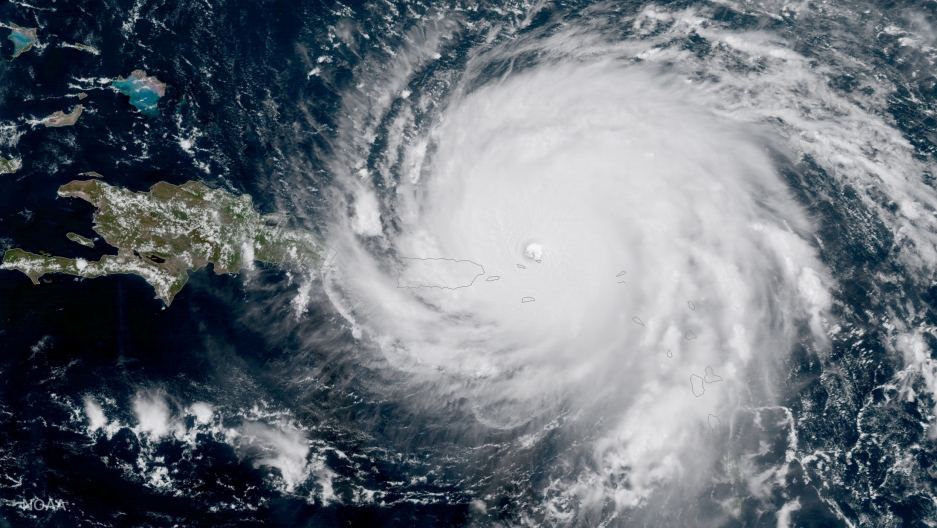 Barbuda has been left completely devastated by Hurricane Irma. An estimated 95 percent of Barbuda’s structures are damaged, and the entire island of around 1,800 people has been evacuated.

“The damage is complete,” says Ambassador Ronald Sanders, who has served as Antigua and Barbuda’s ambassador to the US since 2015. “For the first time in 300 years, there’s not a single living person on the island of Barbuda — a civilization that has existed on that island for over 300 years has now been extinguished.”

According to Sanders, Irma was “the most ferocious, cruel and merciless storm” in the island’s history. The hurricane was 378 miles wide when it descended on Barbuda, which is just 62 square miles.

“This was a huge monster,” he says. “The island and the people on the island had absolutely no chance.”

Evacuees from Barbuda were sent to Antigua, which did not suffer the same level of damage from Irma.

“We’ve had most of the people we’ve brought over to Antigua in shelters,” says Sanders. “We’ve tried to make living accommodations as good as humanly possible in these circumstances. Fortunately, we had planned ahead for this hurricane, and we had ordered supplies in from Miami and the United States before the hurricane hit.”

Though Barbudan evacuees are safe, Sanders says the situation is not ideal — people are living in cramped quarters in government facilities and nursing homes, including some 500 school-aged children. Now that school is back in session, Antigua must find room for these students.

Related: How to avoid blackouts in hurricanes? Model power grids after the internet, says one expert.

Sanders says the world must step up and help Barbuda.

“We are a small island community — the gross domestic product of Antigua is $1 billion a year,” he says. “We cannot afford to take on this responsibility by ourselves. Barbuda is not just a disaster, it’s a humanitarian crisis. We are hopeful that the international community will come to our aid, not because we’re begging for something we want, but because we’re begging for something that is needed.”

Right now, initial estimates suggest that Barbuda will need about $200 million to recover. Antigua and Barbuda will create a sustainable development plan for rebuilding Barbuda, Sanders says, adding that he hopes the global community will provide humanitarian recovery aid.

“We have declared a state of emergency in Barbuda because it is a complete disaster and uninhabitable,” he says. “We cannot cope with our own resources alone.”

In addition to financial aid, Sanders says the global community must also stand up to climate change.

“We believe climate change is here to stay — it’s a reality, despite all of the naysayers,” he says. “We know that these things have occurred as a result of the profligacy of the countries that are rich, and have abused the system. We, unfortunately, who contribute less than naught point naught percent of pollution of the world’s atmosphere, are the world’s greatest victims.”

This story first aired as an interview on PRI's The Takeaway.