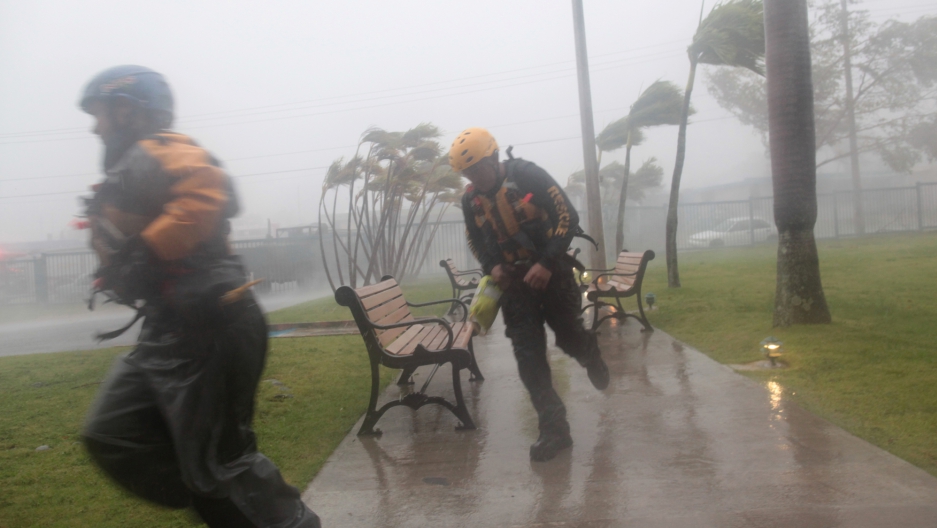 With sustained winds at 183 miles per hour for more than 33 hours, France's national weather service said Thursday that Hurricane Irma is now it the longest-lasting, top-intensity cyclone ever recorded.

"Such an intensity, for such a long period, has never been observed in the satellite era," which began in the early 1970s, said Etienne Kapikian, a forecaster at Meteo France.

"And it is continuing," he told AFP, adding that Irma would probably remain a Category 5-storm at least until it hits the Bahamas.

Category 5 is the level of highest intensity. 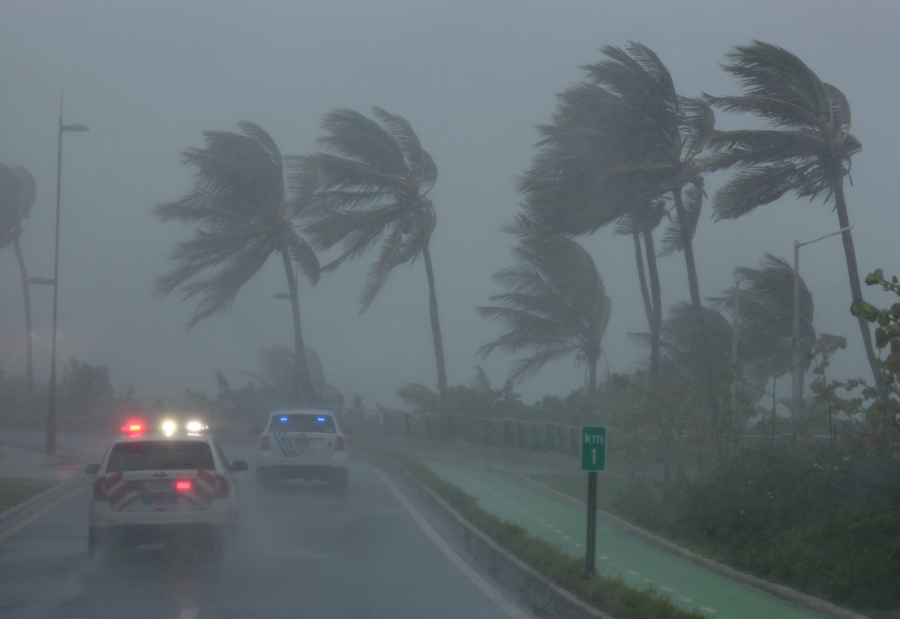 Police patrol the area as Hurricane Irma slams across islands in the northern Caribbean on Wednesday, in San Juan, Puerto Rico.

Hurricane Irma killed one person and left behind "total devastation" as the monster storm smashed into the tiny island of Barbuda on Wednesday, authorities said.

"It is just total devastation, Barbuda now is literally rubble," Prime Minister Gaston Browne said in the aftermath of the monster Category 5 storm.

Speaking later on CNN, Browne said that 95 percent of properties in Barbuda were damaged, with up to 30 percent demolished.

Dutch Prime Minister Mark Rutte added on Thursday that Hurricane Irma has caused "huge damage" to St. Martin, devastating its airport and port and leaving the Dutch part of the Caribbean island unreachable.

"Alas, the island is not reachable at this point because of the huge damage to the airport and the harbour," Rutte told reporters.

He said, however, while there were no reports of deaths on the Dutch side — the islands of St. Eustatius and Saba — French authorities say at least eight lives have been lost on the French side of St. Martin.

Rutte said the priority now was to get the airport in the southern Dutch part of the island up and running again, to enable aid to be brought in.

After holding crisis talks with his top cabinet ministers, Rutte confirmed "there is no power" on St. Martin and the island's "infrastructure is badly damaged."

The super-storm has now topped wind the record set by Typhoon Haiyan in 2013. Haiyan left more than 7,000 people dead or missing.

Irma is barrelling past Haiti toward the Turks and Caicos Islands, and then the Bahamas.

The storm has already killed nine people according to a preliminary tally, eight of them in St. Martin.

The hurricane is one of the most powerful ever recorded in the Atlantic, and shares the record for the strongest to make landfall anywhere in the Atlantic basin, including the Caribbean, Etienne Kapikian said.